Locked up: The people jailed in Bristol this week 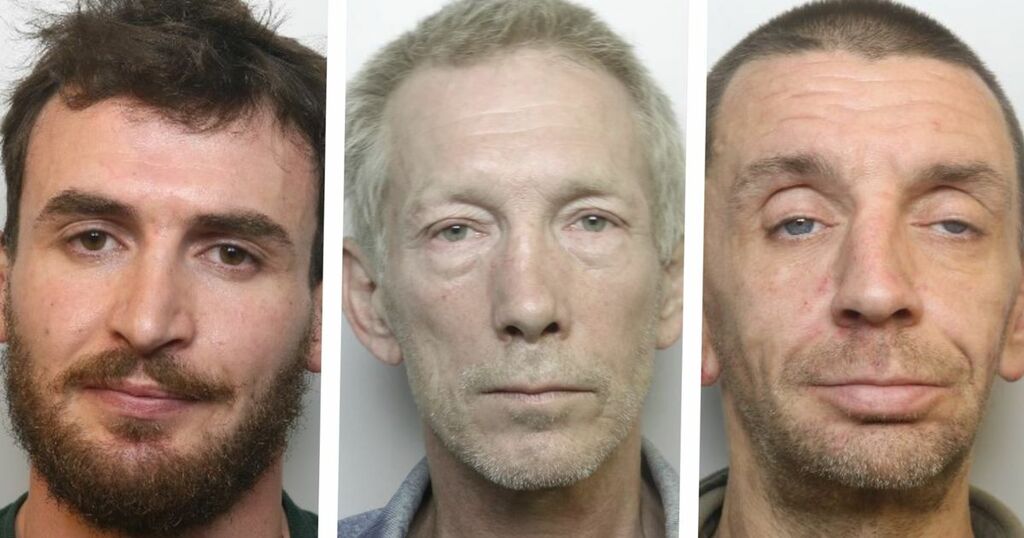 Every week, Bristol Live reports from the city's courts.

This reporting forms an important part of the UK's open justice system, that justice can be seen to be done.

Some of the key benefits of open justice include ensuring public confidence and respect in democracy and the administration of justice, as well as deterring people from committing crimes and thereby the details of those crimes becoming public knowledge.

Here are the criminals who have been jailed in the week commencing September 6, 2021.

You can read more about why we publish defendants' names and addresses here.

Lucky Lane in Bedminster proved to be unlucky for Nic Carmichael.

For when police suspected him of dealing drugs in the area an investigation revealed he had "digital trophy" video of himself as a dealer.

And, if that wasn't enough, damming video footage of his involvement in a group attack on a district judge and barrister.

He told Carmichael: "You played a leading role in the attack.

"It was an extremely ugly event.

"You kept the phone for some sort of digital trophy for what you had done."

A further person has been jailed after a riot in Bristol after a Kill The Bill protest.

On March 21 a peaceful protest against the proposed Police, Crime, Sentencing and Courts Bill, turned ugly when it was hijacked by troublemakers, Bristol Crown Court heard.

Protesters let off fireworks, threw missiles at police, set a police van on fire and smashed the windows of Bridewell police station.

Riot police moved in and there was a series of appeals to trace the perpetrators.

The judge told him: "39 police officers were injured.

"Some took time off, some lost out financially.

"They are all public servants.

"They are all human beings.

"What everyone did was dehumanise them."

A Bristol man found guilty of assaulting a six-week-old baby, causing the tot a brain injury, has been jailed.

Bristol Crown Court heard experts who examined the injured youngster concluded the baby had suffered violent shaking, before hitting a surface akin to falling from a second floor window or being in a car crash.

Kaine Gunnigham, 34, of Park Road, denied wrongdoing but was convicted after a trial.

The judge accepted the tot had substantially recovered.

But he told a tearful Gunningham: "Recovery does not retrospectively alter the gravity of the original injury."

An unwell Barton Hill woman torched a refugee drop-in centre in Bristol for no clear reason.

And 10 minutes afterwards she threw a rock through a window at Lawrence Hill Health Centre.

The judge said: "The defendant was persistent and determined in trying to ensure the fire got going, using accelerant.

"There was no logic to it.

"She had no connection to the building.

"There was no real logic of any kind."

A man who managed to give a court a false name when banned from driving came unstuck when he then drove to Bristol.

Saimir Almadhi, who entered the UK illegally eight years ago, gave Birmingham magistrates a false name when they disqualified him from the road in December last year.

But in May this year police spotted him driving in Bristol, and though he gave them false names inquiries unravelled who he was - and the game was up.

Almadhi, 29, of Birchfield Road, Birmingham, pleaded guilty to perverting the course of justice, driving while disqualified and without insurance and obstructing police.

He told Almadhi: "Your conduct involved an attack on the justice system."

The judge banned him from driving for 15 months.

A spurned partner who trashed his ex's flat and stalked her has been jailed.

Steven Nixon was verbally abusive and controlling in a relationship, causing the woman to leave him, Bristol Crown Court heard.

He then smeared vile abuse in paint inside her Bedminster flat, assaulted her and followed her.

He told Nixon: "Twice you defiled her home and then you broke a window.

"When wrongly released on bail you continued your campaign against her with further offending calculated to intimidate her.

"The offences are serious because of the vulnerability of the complainant, the domestic context and for a significant part you offended on bail."

The judge handed Nixon a five-year restraining order banning him from all contact with the complainant.

An electrician who relapsed into Class A drugs and stole £25,000 goods from Bristol businesses has been jailed.

This summer he carried out a spree of break-ins in which he grabbed everything from bicycles to building materials around the city.

Wood, 47, of Selley Walk in Bishopsworth, pleaded guilty to nine burglaries and one attempted burglary.

He asked for 12 offences to be considered.

He told Wood: "You just can't or won't break the cycle of offending.

"It is a bleak future now for you, set against a bleak past.

"This was a spree of offending in May, June and July.

"Commercial losses totalled £25,000 and it is not just about the goods, it is the disruption caused."

A homeless man handed hostel accommodation proceeded to trash it, a court heard.

Neil Smart was suffering from mental health difficulties when he threw the contents of a fourth floor room at Logos House, Wade Street, out of the window.

Smart, 42, of no fixed address, pleaded guilty to causing criminal damage in March.

Judge Euan Ambrose handed him a Hospital Order under Section 37 of the Mental Health Act 1983.

He told Smart: "That behaviour was shocking to those who saw it and caused damage to items and a roof, something the Salvation Army can ill-afford.."

The judge said ordinarily the offence would attract a short prison sentence, but doctors confirmed Smart was suffering from a mental health disorder.