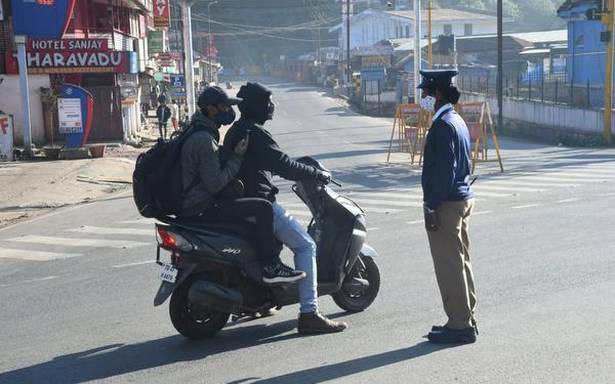 Tourists who travelled on board the Nilgiri Mountain Railway (NMR) faced a hard time during the total lockdown on Sunday.

As buses, taxis and autorickshaws too stayed off the road, tourists were also unable to travel very far from the railway station.

Meanwhile, the police kept a strict vigil against people venturing out of their homes. The Nilgiris District Collector, S.P. Amrith, inspected shops in the Udhagamandalam municipal market and is expected to hold discussions about shifting some of the stalls to an alternative site to prevent overcrowding. Around 50 stalls at the farmers’ market in Charring Cross are to be moved to the NCMS parking lot nearby, officials said.