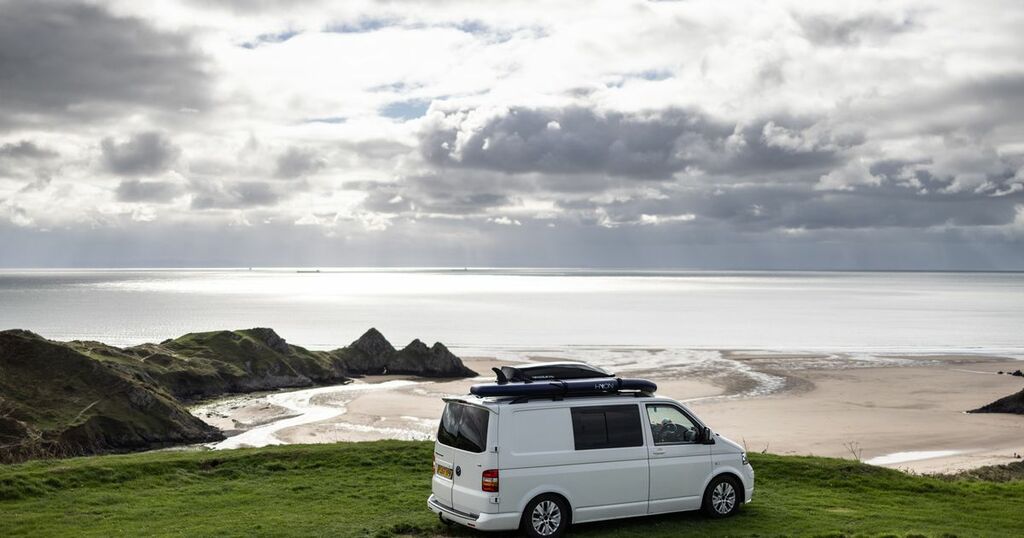 Loch Ness and Sherwood Forest named among 'dream' camping places - see full list
A poll quizzed 2,000 adventure-loving campers on where they want to reconnect with nature, with Durdle Door in Dorset and…

With the hotter temperatures set to return it could be time to hit the sand.

Based on customer reviews, Pitchup.com has revealed the campsites that wowed visitors over the last year.

From Cumbria to the Isle of Wight, here’s where to park your tent and then soak up the views and…

Heading to the Highlands this summer? Here is where to eat.

People around the UK have revealed their dream camping locations, with Scotland ranking high in the final list.

Loch Ness was named top of the list, which saw 30 sites picked out from around Great Britain and Northern Ireland.

A poll quizzed 2,000 adventure-loving campers on where they want to reconnect with nature, and the Isles of Eigg and Barra were also picked out alongside Scotland's most famous loch.

It also emerged 86 per cent of holidaymakers are ‘eager’ to explore more of the UK.

Jose Finch, managing director of Cotswold Outdoor, which carried out the research as part of its #ProjectRewild campaign to encourage more people to enjoy and reconnect with nature, said: “Watching the sun set and rise in these locations is a joy to behold and camping can often be the best way to enjoy them.

"Living in the UK, we’re treated to some amazing outdoor locations which can often be easy to forget.

“Hopefully this research reminds people of the amazing experiences that can be had on our doorstep, while thinking more about what they can do to preserve the beauty of the outdoors.

“We’ve all got a part to play in preservation of the great green spaces in this country and spending quality time outdoors can really drive home its importance.”

Other Scottish sites named in the top 30, included the foot of Ben Nevis, Glenbrittle campsite on the Isle of Skye and Duncansby Head in Caithness.

And while 59 per cent admitted to being fair weather campers, nearly one in five go in all seasons.

Getting some fresh air, being close to nature and seeing the stars were the most loved things about camping, while it being a cheaper option was also enjoyed by 27 per cent.

A further 88 per cent reckon it’s important for people to get outdoors, have adventures and restore their connection with the natural world.

More than half also believe you can create longer-lasting memories with a camping trip compared to a regular beach holiday or city break.

It also emerged these trips usually involve an increased amount of walking, with half reminded of how beautiful the outdoors can be.

Nearly three in 10 (29 per cent) use walking to connect with nature and 47 per cent claim long walks can improve their mental health.

As a result, 64 per cent take regular walks in their local area, while 38 per cent do so to keep fit, with one in five enjoying the challenge of a long-distance trek

Spending more time in nature reminds more than a quarter of the importance of protecting it, with 22 per cent saying climate change and environmental factors significantly impact their decisions when planning a holiday.

One in eight said rewilding, seeing land returned to its natural state, is vitally important to help them reconnect with nature.

But despite many being confident in reading a map, walking from one town to the next via the coast and reading a compass, 56 per cent wish they were more outdoorsy.

Improvements to physical health, connecting with nature and seeing more amazing views are the top reasons for wanting to spend more time outside.

However, confidence is lacking for four in 10 who sometimes find the thought of camping intimidating.

When it comes to outdoor gear, 68 per cent have appropriate attire for walking or hiking, though 36 per cent don’t own their own camping gear.

But 27 per cent have kit only suitable for better weather and 29 per cent have some that does the job but has seen better days, according to the OnePoll data.

A quarter have been caught out by a ‘buy cheap, buy twice’ approach, although one in six buy the best to ensure it lasts.

Jose Finch, from Cotswold Outdoor, added: “It’s important to get out there and enjoy what nature has to offer - having the right clothing, footwear and equipment will ensure the experience is not spoiled.

“You can so easily be caught out trying to save on outdoor kit in the hope it’ll last, but actually, by investing a little more you can end up saving in the long run because it is higher quality, more durable and therefore better for the environment.”

Loch Ness and Sherwood Forest named among 'dream' camping places - see full list
A poll quizzed 2,000 adventure-loving campers on where they want to reconnect with nature, with Durdle Door in Dorset and…

With the hotter temperatures set to return it could be time to hit the sand.

Based on customer reviews, Pitchup.com has revealed the campsites that wowed visitors over the last year.

From Cumbria to the Isle of Wight, here’s where to park your tent and then soak up the views and…

Heading to the Highlands this summer? Here is where to eat.