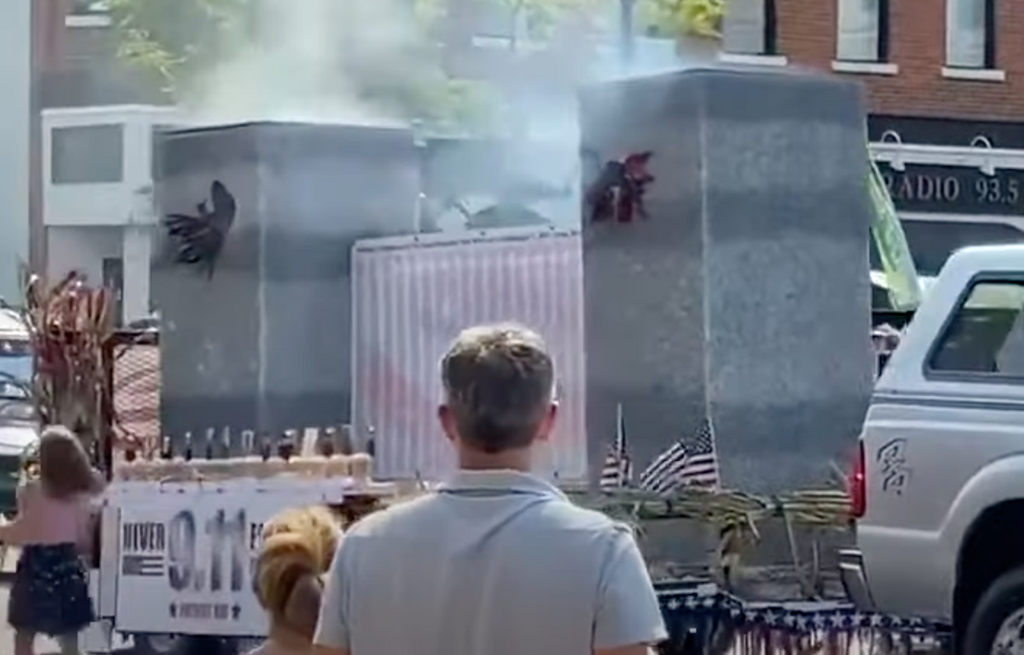 A Republican parade float in Porter County, Indiana that included a pair of smoking Twin Towers sparked outrage among attendees.

The parade float – clearly meant to recognise the 20th anniversary of the 9/11 terror attacks – featured a pair of towers with holes in their sides surrounded by American flags and a banner that read "9.11 Never Forget." Smoke billowed from the towers, whose holes were decorated with black and red streamers to represent flames.

The eye-catching attempt at a 9/11 memorial was built by the Porter County Republican Party for the local Popcorn Festival, which was held on the 20th anniversary of the terror attacks.

The float was unveiled the day before the parade on the party's Facebook page and drew enough criticism to prompt administrators to limit the responses on the post.

One critic, a non local person whose comment escaped the purge, called it "beyond tasteless, even without the fog machine going”.

"Did you really play the goodbye phone message recordings of the survivors?? Who thought that was a good idea??" they said.

The float also included a wall featuring the names of the 2,977 people killed in the attacks and the portraits of 13 local military members who died fighting in the wars that followed the attacks.

"What in the hell were the Porter County Republicans thinking? This video made me nauseous," a woman named Ashley Bohn commented.

Even parade attendees can be heard murmuring criticisms in videos of the float.

Comments praising the float remained on the post, and at least one person apparently tied to the Porter County Republicans, Valarie Kubacki, posted a defence of the float.

"The work that was put into this was amazing, every name of every person that died that day were honored on the float. The people that have turned this into a thing are the people that did not even bother to do anything except walk in a parade carrying a political sign," she wrote in a Facebook post on the Porter County Republicans page.

She also said that the float depicted "exactly what happened" on 9/11 and denied that any comments were limited or deleted.