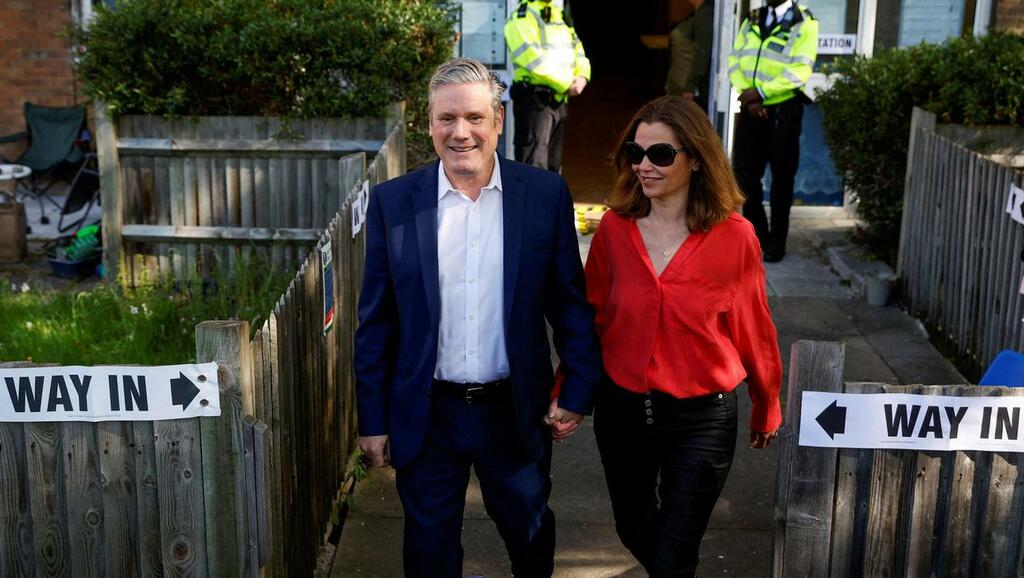 UK local elections: Tories at risk of losing hundreds of council seats in wake of ‘Partygate’
Voting took place yesterday in a host of elections throughout the UK, with party leaders joining millions of people in…

The Independent UK
One subscription that gives you access to news from hundreds of sites
Boris Johnson ‘still an asset’, insists minister after Tories lose nearly 500 seats in local elections

Leadership issue must be ‘brought to a head’ soon, say rebel MPs as party hammered in south

Boris Johnson’s premiership has come under increased pressure after the Conservatives lost more than 300 councillors in Thursday’s local elections.

In a bad set of results for the Tories, they failed to retain some of their London strongholds, including the boroughs of Wandsworth and Westminster, which were won by Labour, putting an end to decades of Conservative rule.

As the scale of its losses became apparent on Friday, Conservative MP Tobias Ellwood said his party had “serious issues” and was “haemorrhaging support in parts of the country”.

Meanwhile, Tory backbencher Roger Gale called on Mr Johnson to go. He had previously said the prime minister should remain in office because of the geopolitical challenges presented by the war in Ukraine.

As well as facing criticism from some of his MPs, Mr Johnson was blamed by local Tory campaigners, who suggested that scandals such as Partygate had tarnished their campaigns.

The prime minister, however, attempted to downplay his party’s losses during a visit to his constituency on Friday morning.

“We had a tough night in some parts of the country,” he admitted, before claiming that the Tories had made some “quite remarkable gains” elsewhere.

However, the BBC projected that, based on Friday’s results, Labour would win 291 seats if a general election were held now, compared to 253 for the Conservatives.

Although this would still leave Labour without a majority, it signals a large reversal in fortunes from the 2019 general election, when the Tories gained a large majority.

Opposition parties celebrated their gains in the local elections, with Labour’s Keir Starmer describing the results as a “turning point”, while the Liberal Democrats’ Ed Davey said they would send an “almighty shockwave” through British politics.

With almost all councils now declared, here are the five biggest moments from Thursday’s local elections:

Since its creation in 1964, Westminster City Council had, until this week, always been controlled by the Conservatives.

The Conservatives also lost Barnet, with its former council leader saying the defeat should be seen by the government as a “warning shot”.

Jonathan Carr-West, the chief executive of the Local Government information Unit (LGiU), said the loss of Barnet, Wandsworth and Westminster councils had dealt a “big blow” to Conservative morale.

In one of its biggest victories in this year’s local elections, Labour managed to seize control of Wandsworth Council, a Tory stronghold for the last 44 years.

Leading Labour figures including Sadiq Khan, the mayor of London, celebrated the historic win on Friday.

“Boris Johnson losing Wandsworth is monumental. This was the Tories’ jewel in the crown,” one Labour source said.

“Voters in Wandsworth have put their trust in the change Keir Starmer’s Labour represents,” they added.

“Let’s not be coy about it, of course national issues were part of the dilemma people were facing,” he said.

The Liberal Democrats won Somerset County Council, a part of the country which usually backs the Tories.

Ed Davey’s party gained a majority of 61 seats, while the Conservatives took 36 seats out of the total of 110.

Bill Revans, the new Liberal Democrat leader of the council, said: “After 13 years of the Conservatives being in charge of Somerset County Council I think there was [a feeling of] ‘it’s time for a change’ and people wanted to put the heart back into Somerset.”

In a development totally unrelated to the local elections, the police announced that Labour leader Keir Starmer and his deputy leader Angela Rayner are being investigated for potential Covid-19 breaches.

Initially, Durham Constabulary said it would take no action about an incident which occurred in April 2021.

“At that time, it was concluded that no offence had been established and therefore no further action would be taken,” a spokesperson said.

However, they added that an investigation was now underway after “new information” had been received.

In response, Mr Starmer said he was “confident no rules were broken’’.

Although not all the results from Northern Ireland have been declared, republican party Sinn Fein is expected to do well in the Stormont election.

Polling guru Sir John Curtice told the BBC that the party would definitely win the most votes, after it gained 27 per cent of the vote in 11 of the country’s 18 constituencies, compared to he DUP’s 24 per cent.

However, he said he could not guarantee that this would earn Sinn Fein the most seats at Stormont.

Sinn Fein leader Mary Lou McDonald said this week was “about change, it’s about progress, and it’s about partnership”.

Meanwhile, the DUP leader Sir Jeffrey Donaldson said: “I think it is going to be very tight at the end as to who will emerge as the largest party.”

UK local elections: Tories at risk of losing hundreds of council seats in wake of ‘Partygate’
Voting took place yesterday in a host of elections throughout the UK, with party leaders joining millions of people in…

The Independent UK
One subscription that gives you access to news from hundreds of sites
Boris Johnson ‘still an asset’, insists minister after Tories lose nearly 500 seats in local elections

Leadership issue must be ‘brought to a head’ soon, say rebel MPs as party hammered in south