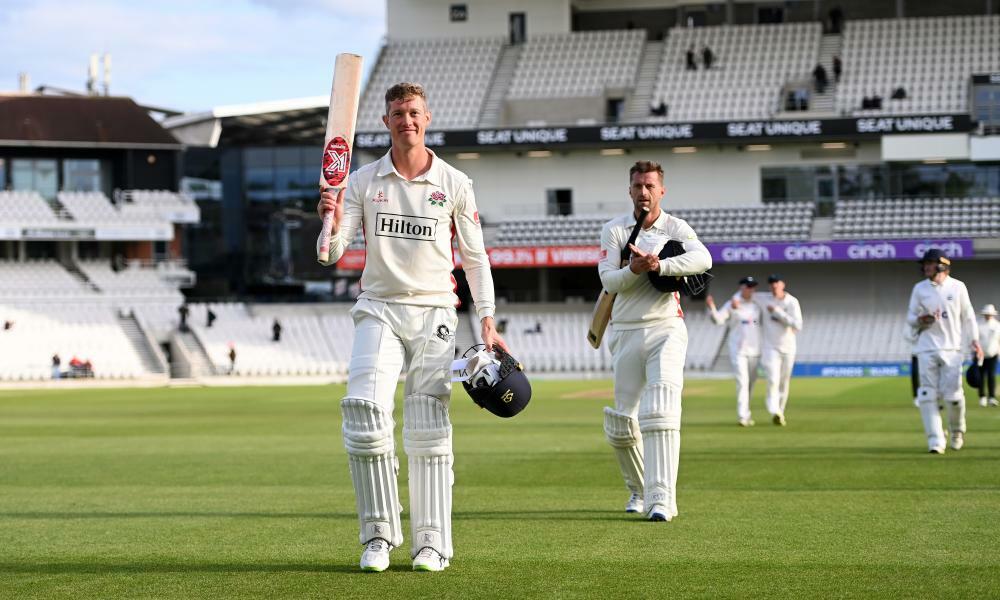 The Guardian - UK
One subscription that gives you access to news from hundreds of sites
IPL 2022: Jonny Bairstow set it up for us, says Liam Livingstone after Punjab Kings' win over RCB

Chelsea finish what has been a difficult season with a home game against already-relegated Watford on Sunday.

Newsroom.co.nz
From analysis to good news, read the world’s best news in one place
The heart-warming story behind Albon's red hair craze

On Thursday, Alex Albon's red hairdo spread through the Barcelona Formula 1 paddock like wildfire as the Williams driver helped…

Local cricket: Roll out the red carpet for the mower maestros who make the Love Lane Liverpool Competition possible

It is early days. The Love Lane Liverpool Competition tables are barely starting to make sense after only three rounds of fixtures; we haven’t even seen our first washout yet.

But even before the second week of May is out, there’s one trend that’s hard to ignore - batters have been making hay so far this season.

Already, there have been 13 centuries in league matches across three divisions this season - more than a third of last year’s total. Nine of them have been in the Premier League, already closing in on a soggy 2019’s final tally of 13.

If this current rate of centuries lasts all season, 2017’s high water mark of 84 will be at risk - if Divisions One and Two start to hold up their end a little more, 2022 could be The Year Of A Hundred Hundreds.

Or maybe not. Maybe after a bright and sunny start, the weather and the scores will regress towards the mean. Southport & Birkdale’s JJ Fielding has scored two centuries in the Comp, along with three 70+ scores for Lancashire’s 2nd XI this year, but even his form will fluctuate.

Maybe the batters have just been lucky - Formby’s Ian Cockbain was reprieved three times on his way to 162* at New Brighton last month, the highest individual score in the Premier Division since 2014 - or maybe we’re seeing the benefits of a full regime of winter nets for the first time since Covid.

Or maybe it’s time to give some credit to the ground staff.

“We always try to produce as flat a track as possible, and get it really firm,” said Maghull’s mower maestro, Derek Lloyd, who has been wielding the Division Two club’s scarifier on a voluntary basis for about five years.

“That always tends to favour the batters, but there’s something in there for the bowlers if they bowl properly and accurately.

Like many groundspeople, Mr Lloyd learned his trade from his predecessor, John Miller, who passed away in March.

He said: “Sometimes, I get a couple of the guys asking me to leave it a little bit greener, with more grass on - but I just tend to do what John taught me over the years, and follow on from him.”

Nine miles north and two divisions up, Colin Maxwell is into his third year as head groundskeeper at S&B.

The needs of a ground used for professional cricket are different to those of a purely recreational club, and looking after the Trafalgar Road pitch is Mr Maxwell’s main job.

Meeting the needs of a spin-heavy home attack, marshalled by captain Chris Cunningham, also brings its own challenges.

Mr Maxwell said: “He wants his pitch in a particular way.

“It’s not for me to go and produce a pitch that makes me look good - Cunny wants it for spinners.

“I work for the club, and if he wants a deck that goes in a particular way, he gets it, the best that I can.”

“Because we stayed up on batting bonus points last year, when previously they hadn’t scored many runs, Chris made a big point of saying the pitch had played a part in them staying up.

“I don’t buy into that so much myself, but it was nice of him to bring me into it.”

Like Mr Lloyd, Mr Maxwell learned the trade by word of mouth, in his case down the road at Southport Trinity.

But working at a county outground gives him the opportunity to pick the brains of Lancashire’s experts as well.

He said: “Matt Merchant has been a couple of times, the head man, or sometimes he sends his deputy.

“We had a Lancashire second XI game at the start of the season, so they came about 10 days before to have a look and say ‘more water, less water, take a bit more grass off’.

“So they sort of give me my orders.

“But for the main county game, they’ll come in 10 days or two weeks before and just do everything.

“They really are helpful - I get to pick their brains on everything.

“They’ve got plenty of time to talk to you and help you with any questions.”

This year, the Comp has introduced a Pitch of the Month competition, based on the marks given by the umpires at each 1st XI game. The winning club will receive a £100 voucher from Battersby Sports Ground Supplies.

But aside from this, both men find their job extremely rewarding, from their own perspective and those of their clubs.

“It gets me out of the house,” said Mr Lloyd. “And it’s nice when you see the ground and it’s all prepared and ready for the game.

“It helps to uplift the area as well, when people see an area that’s being looked after.

“When the players come up to you and say ‘you’ve prepared a good wicket there’, it’s really satisfying.

“Some of the players will take you for granted at times, but most of them are very supportive.”

Mr Maxwell added: “It’s nice to know that when the lads come out on a Saturday, they’ve got a decent deck to play on, and they’re grateful for that.

“I walk away on a Friday afternoon or a Friday evening and I feel like I’ve done a good job - it’s a nice feeling.”

The Guardian - UK
One subscription that gives you access to news from hundreds of sites
IPL 2022: Jonny Bairstow set it up for us, says Liam Livingstone after Punjab Kings' win over RCB