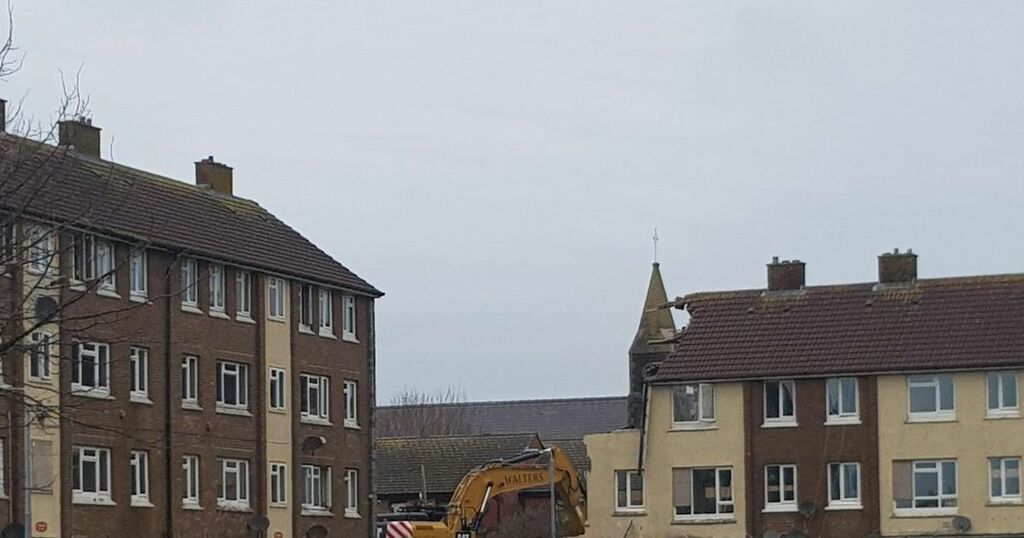 Work has got underway to raze to the ground a Llanelli flat block as part of a major £9 million scheme to transform the town.

Diggers have moved onto Maes y Gors, also known as the Four Tys, which was built back in the 1960s and have started pulling down some of the homes to make way for a modern housing development as part of the revamp plan.

Over the decades hundreds of different families have moved into the 44 maisonettes on the Station Road site.

But in recent years the area around the eyesore site has become a haven for drug activity, alcohol abuse and anti-social behaviour.

The scheme to knock down Ty Elizabeth, Ty Howard, Ty Cydwel and Ty Meriel forms part of a wider plan to transform the Tyisha area, which has the highest population density in the county.

More than a quarter of housing in the area is social rented, in low demand and is a challenge to let.

Businesses and residents in the area have been given the chance to have their say and the plans are being driven forward in conjunction with Dyfed-Powys Police and Llanelli Town Council.

It is understood contractor Walters will carry out the work over 20 weeks to help boost the area for the community.

Councillor Linda Davies Evans, chair of the transforming Tyisha steering group and cabinet member for housing on Carmarthenshire Council, said: “The demolition of the Four Tys marks an important step in the transforming Tyisha project. Although this process will evoke powerful memories for many of the people who have lived and worked in Tyisha since the Four Tys were built in the 1960s, their demolition will enable us to provide the housing and facilities that the community needs.

“Local residents and businesses who may be impacted by the demolition process will be contacted throughout to ensure minimum disruption.”