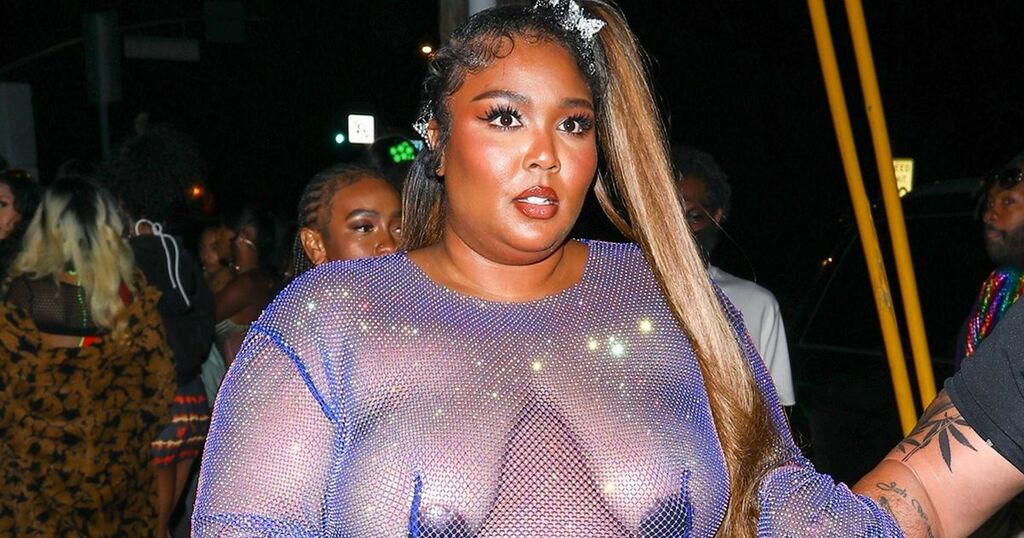 Lizzo turned heads in a see through mesh dress as she made a very dramatic entrance to Cardi B 's birthday celebrations.

The Juice singer, 33, showed off her infamous curves as she headed to the rapper's 29th birthday party in Los Angeles in a stunning purple dress, which hugged her figure.

Lizzo looked incredible and showed she isn't afraid to wear daring outfits, despite previously speaking out about how she faced a furious backlash and was targeted by "fatphobic, racist and hurtful" trolls when she appeared in a music video for her and Cardi B's track Rumours.

In the video, they were both dressed like Greek goddesses but some trolls targeted Lizzo, making her cry on Instagram Live.

"People say s*** about me that doesn’t even make sense," she sobbed in an Instagram live.

Wiping tears from her eyes, she continued: "I’m putting so much loving energy into the world ... and sometimes I feel like the world don't love me back. It doesn’t matter how much positive energy you put into the world, you’re still going to have people that have something mean to say about you."

Cardi stuck up for her friend, slamming those who dubbed Lizzo as "sensitive".

"When you stand up for yourself they claim [you're] problematic & sensitive.

"When you don’t they tear you apart until you crying like this. Whether you skinny, big, plastic, they going to always try to put their insecurities on you. Remember these are nerds looking at the popular table," she fumed.

Many reached out to support Lizzo including Jameela Jamil, who hit back at the trolls and called the whole thing "f***ed" up.

"Lizzo makes a song about people spending energy trying to bring women down," she shared.

" Twitter erupts in abuse about her talent and mostly her appearance, and then she cries on IG live while addressing how damaging this culture is, and she gets made fun of for crying. This is so f****d up."

She added: "When you pile onto and Enjoy the pain of a Black woman who literally only tries to uplift other people, while NOT spending your time piling onto and going after actual abusers and predators … it doesn’t make you cool. It highlights what a useless, irrelevant, vicious pig you are."