Lizard travelled 4,000 miles in woman's bra from Barbados to Yorkshire 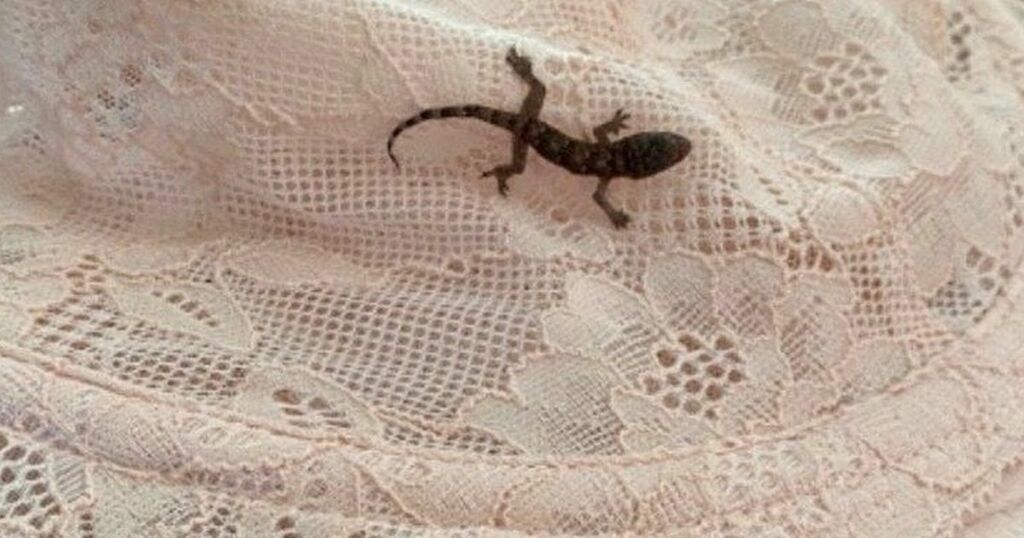 A tiny lizard was found in a woman's bra after it travelled all the way from Barbados to Yorkshire, completing a 4,000-mile journey.

Lisa Russell discovered the tiny gecko, which has since been named Barbie, when she unpacked her suitcase after arriving back at her home near Rotherham, South Yorkshire.

The holidaymaker, who lives in Thrybergh, returned home on Tuesday and started to unpack her suitcase after holidaying in the Caribbean.

She said she saw what she thought was a speck on her bra but when she shook the underwear, she discovered the female lizard moving.

Have you got a story you'd love us to feature? Email us at webnews@mirror.co.uk

"The tiny lizard was lucky as the bra was on top of my suitcase on my clean pile. As it was so hot out there, I didn't bother wearing one," the beautician said.

Ms Russell said that the gecko was unharmed while nestled inside her lacy undergarment despite her sitting on the jam-packed suitcase to zip it up before her return journey to England.

Barbie the lizard, named after the doll as well as the lizard's island home, is now in the RSPCA's care after its 24-hour ordeal.

An RSPCA inspector was sent out to deal with the tiny gecko, which appeared unscathed.

Sandra Dransfield, of the RSPCA, said releasing the lizard in the UK would be illegal as it was a non-native species and it "would not survive in our climate".

The gecko was taken in by a specialist reptile keeper where she is said to be doing well.