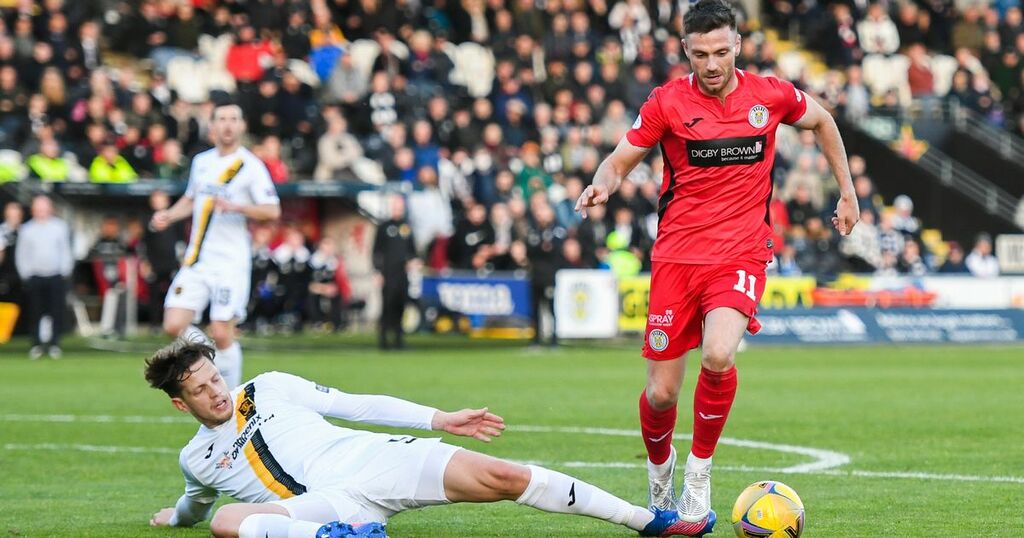 The Buddies picked up their third clean sheet in a row against the Lions but couldn't find a crucial winner.

Glasgow Live
Get all your news in one place
Latest Sport news:

Newsroom.co.nz
Mikel Arteta speaks out on William Saliba future: ‘He has to come back to Arsenal’

Evening Standard
From analysis to good news, read the world’s best news in one place
Watson Plaintiff: QB’s Denial of Claims Is a ‘Bold-Faced Lie’

Livingston remain unbeaten in their post-split fixtures thanks to a goalless draw in Paisley against St Mirren.

Neither side was able to produce much in the way of easy-on-the-eye football with what little action there was confined largely to the latter stages of both halves.

Each side must have though they had bagged the three points in the final couple of minutes as Jay Henderson's effort was hooked off the line by Livingston captain Nicky Devlin before the Lions almost won it at the death as Odin Bailey hit the crossbar.

In the penultimate game of the campaign, Livingston boss David Martindale handed a first league start to Caleb Chukwuemeka while Ivan Konovalov retained his place in goal despite Max Stryjek being available following his suspension.

The contest was certainly a slow burner with neither side even threatening a shot on target inside the first 20 minutes before a flurry of activity that saw both teams pass up decent chances to open the scoring.

Devlin's cross was met at the back post by Alan Forrest who saw his effort blocked before Ryan Flynn was agonisingly close to connecting with a Curtis Main flick-on at the other end.

Saints would go even close moments later when Scott Tanser's whipping ball into the box was headed fiercely against the woodwork by Joe Shaughnessy with the rebound clattering off Lions defender Jack Fitzwater and trundling past the post.

Chukwuemeka was struggling to get into the game for the away side but the Aston Villa loanee went close to netting his first goal for the club when he flashed a header wide from a corner-kick while Forrest produced a mazy run that saw him jink effortlessly in between two defenders only for Jak Alnwick to parry his effort to keep the game scoreless.

The best chance of the half, though, came in the closing moments when Joel Nouble broke in behind the St Mirren defence to race onto a Jackson Longridge ball but somehow failed to even get a shot off when he was clear through on goal.

The second half started much like the first with it taking a while to get going. Alnwick came to St Mirren's rescue on 62 minutes with a fine save to tip Devlin's angled drive over the bar - only to have immediately need his defence to bail him out after making a hash of claiming the resulting corner-kick.

Ryan Flynn should have done better for the Buddies a few minutes later when Ethan Erhahon found him unmarked inside the box but the midfielder fired tamely at Konovalov while Alex Grieve couldn't turn an enticing Greg Kiltie delivery into the net.

The home side finished the game the far stronger of the two and twice looked to have grabbed a winner in the closing minutes. Conor McCarthy headed wide at the back post before Jay Henderson fired a fizzing strike that beat the keeper - only for Devlin to come to his side's rescue with a sliding goal-line clearance.

And Livi almost made the Buddies pay when Odin Bailey cut in from the left and saw his effort deflected onto the crossbar as the game ended goalless.

The Buddies picked up their third clean sheet in a row against the Lions but couldn't find a crucial winner.