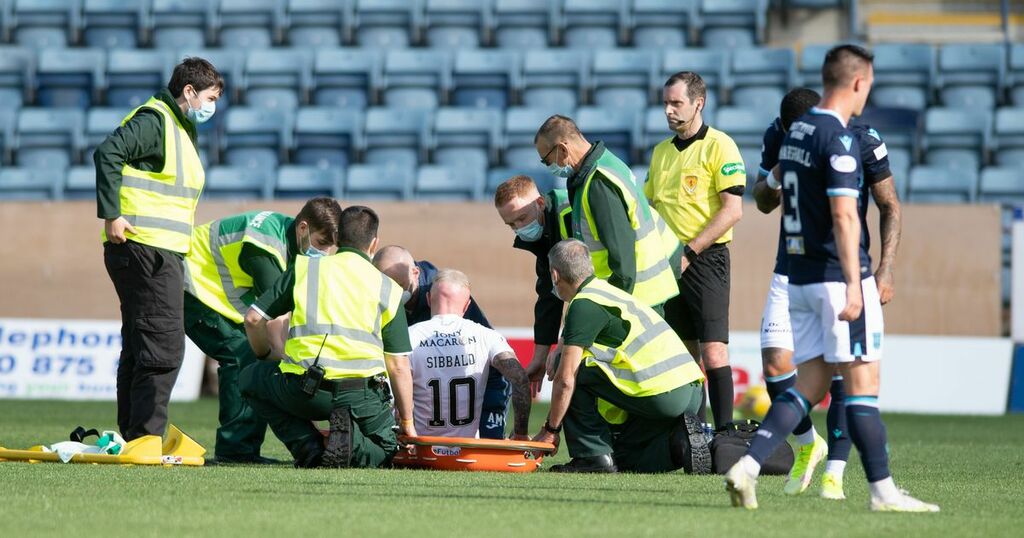 Livingston midfielder Craig Sibbald could return to action in three weeks following an ankle injury picked up in Saturday's draw against Dundee that required nine stitches.

The 26-year-old was stretchered off after a challenge from former team-mate Shaun Byrne and taken to hospital with an open ankle wound.

And while Lions boss David Martindale hopes to have him back sooner rather than later, he warned against throwing him back into things too early.

He said: "It was a bad wound. I'd think it's probably three to four weeks but it could easily open back up and that sets you back again.

"There might be a bit of muscle damage there too. You just don't really know what the real damage is to his muscles until he starts running and kicking a ball about but a three to four week timescale is probably not too far off what to expect but you don't want to rush him back.

"He's had a terrible time this year so you want to be wary of managing him coming back."

While Sibbald is set for a spell on the sidelines, the Lions are set to welcome Stephane Omeonga later this week with the Belgian midfielder set to train on Saturday.

Martindale said: "Stephane arrives on Friday. He's got his passport but he's not allowed to travel until the 17th so he'll be in training on the Saturday.

"He's in really good shape and looks after himself. The schedule we've given him, everything's coming in really positively so I think he'll be good to go as soon as he arrives."

He added: "Tom Parkes has picked up a thigh injury again in training but Jack McMillan is back so he'll be available soon. On the plus side, Adam Lewis and Cristian Montano have been doing well.

"Scott Pittman hasn't trained yet but he's not far off it. I think he's a player we really missed on Saturday with his energy and runs up the park. I'm looking forward to him being available and Jackson Longridge is back fully and has trained well.

"He's someone I could probably have played on Saturday but with three games coming up in six days we decided to hold him back because I'll need to use everybody available over those three games."