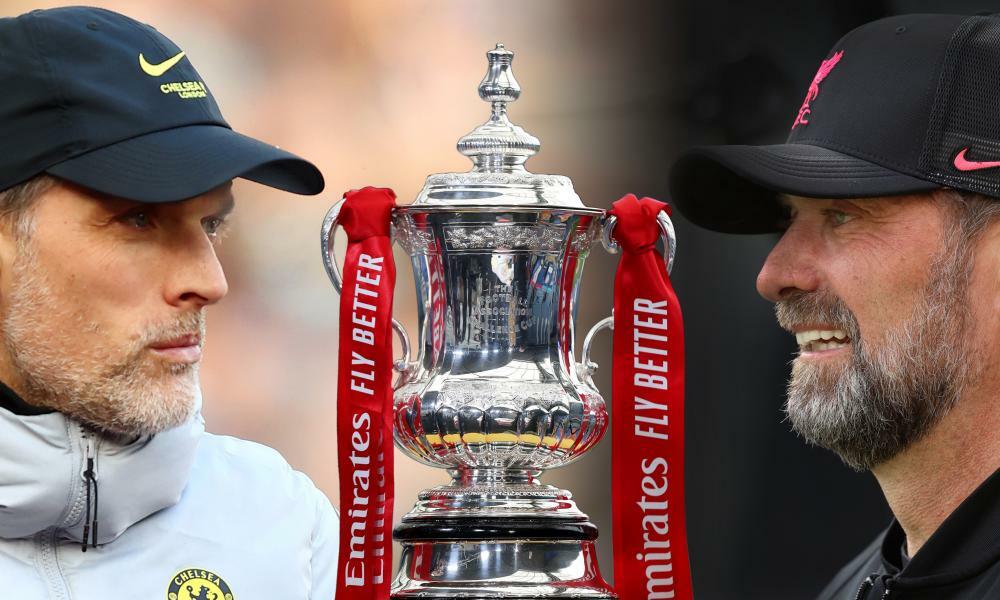 Evening Standard
Ben Stokes and Brendon McCullum can be a ‘match made in heaven’ for England, says James Anderson

Evening Standard
From analysis to good news, read the world’s best news in one place
World of football unites in support for Jake Daniels after he comes out as gay

It was a pulsating final at Wembley. There were nearly 30 efforts on goal, yet neither team made the breakthrough before a shootout was required. It finished 6-5 to the Reds, with Kostas Tsimikas scoring the winning spot kick.

The result means Liverpool can still become the first English club in history to win the Premier League, Champions League, FA Cup and EFL Cup in the same season. Chelsea, meanwhile, will finish the campaign with two trophies - the Club World Cup and UEFA Super Cup. Here are the main talking points from a boiling afternoon at Wembley.

The Reds made a blistering start to the showpiece event, reminding Chelsea of the mammoth task in front of them. They boasted 71 per cent possession in the opening 10 minutes and almost scored when Trent Alexander-Arnold produced an unbelievable pass.

The Englishman used the outside of his right foot to bypass the Chelsea defence and find Luis Diaz, yet the Colombian couldn't beat Edouard Mendy. At that point, it was clear the Blues needed their goalkeeper to be at his best if they were going to lift the cup.

Although Liverpool started the game on top, Chelsea quickly fought back. Christian Pulisic, who's yet to fulfil his potential at Stamford Bridge, wasted a glorious opportunity in the 22nd minute. He failed to get his low strike on target, firing unconvincingly wide.

Minutes later, Marcos Alonso found himself inside the box with the ball at his feet. A poor touch and quick reactions from Alisson averted the danger. Then Pulisic had another good chance inside the area - but he produced neither a cross nor a shot.

Chelsea were almost made to pay for being wasteful when Andy Robertson picked out Diogo Jota just before half-time. The Portuguese forward poked his effort just over the bar. He should've made it 1-0, in truth.

All eyes were on Mohamed Salah - as they always are - but the Egyptian lasted only 33 minutes in the Wembley sun. He was forced off with what appeared to be a groin complaint and is now in a race to be fit for the Champions League final in Paris on May 28.

The good news for the Liverpool fans is Salah didn't seem to be in an awful lot of discomfort, as he walked off the pitch. It's unlikely he'll be fit for Tuesday's Premier League game against Southampton, but his dream of facing Real Madrid again isn't over just yet.

Lukaku gets the nod

There was a lot of talk about Lukaku heading into the final. A public row between the player and his agent overshadowed the build up and many were unsure whether Lukaku would be selected for the game, despite scoring three goals in his last two outings.

The Belgian was quiet throughout the first half, although he did have a decent opportunity just before half-time. A pass was played into his feet, yet he failed to hit the target under pressure from Virgil van Dijk - blasting a left-footed effort way over the bar.

That was as close as Lukaku got to scoring against Liverpool on a disappointing afternoon. He was substituted in the 85th minute.

Blink and you'll miss it. That was the memo at the start of the second half, as both teams had chances to open the scoring. Alonso drilled a low effort just wide of Alisson's post and then hit woodwork with an ambitious free kick from the right.

In between those two strikes, Pulisic had another chance. His effort was palmed away by Alisson. At the other end of the pitch, Andy Robertson - not for the final time - should've scored. He was picked out in the box but couldn't make decent contact with the ball. The tension was rising.

Salah is regarded as the Egyptian King on Merseyside, yet his future remains in doubt. He's got just 13 months remaining on his existing deal and Reds fans are worried about losing him. Yet those fears have been eased by the emergence of Diaz.

The 25-year-old has made a great start to his Anfield career - scoring six goals and providing four assists since arriving in January - and he continued his good form against the Blues.

It was evident from the first minute he was Liverpool's talisman against Chelsea, not Salah or Sadio Mane. Diaz was a constant target down the left, with the likes of Alexander-Arnold and Robertson trying to find him throughout the opening stages.

Diaz was quiet for a while after that, yet only a fool would ignore his presence. He went agonisingly close to opening the scoring in the 52nd minute, drilling a surprising effort just wide. Mendy, who was rooted to the ground, was the most relived person in Wembley.

A decent effort followed - curling the ball just over the bar from distance - before hitting the post late on. Diaz then nearly snatched the cup in the 90th minute, producing a bursting run into Chelsea's half. Frustratingly for Liverpool, his curling strike went wide.

Diaz didn't score the winner in the end - making way for Roberto Firmino in extra time - but this is just the beginning. An outstanding performance from an outstanding player.

A great game needed a great finish... and it certainly got one. Robertson should've taken the glory in the final 10 minutes when James Milner picked him out in the box, but he somehow hit the post. Bar Diaz's 90th minute effort, that was the last chance of the 90.

Extra-time started slowly, but referee Craig Pawson soon had a big decision to make. Ibrahima Konate nudged Hakim Ziyech to the ground and everyone inside Wembley held their breath, only for Pawson to wave play on. It was the right decision.

Although no penalties were awarded in extra time, they were required when the game finished goalless. Alonso and Milner got the shootout off to a flying start before Chelsea skipper Cesar Azpilicueta struck the post. Thiago coolly made it 2-1.

Reece James, Firmino, Ross Barkley, Alexander-Arnold and Jorginho then scored before Mane missed the chance to win the cup. Ziyech and Jota then found the back of the net, but Mason Mount gave Liverpool another chance to win it.