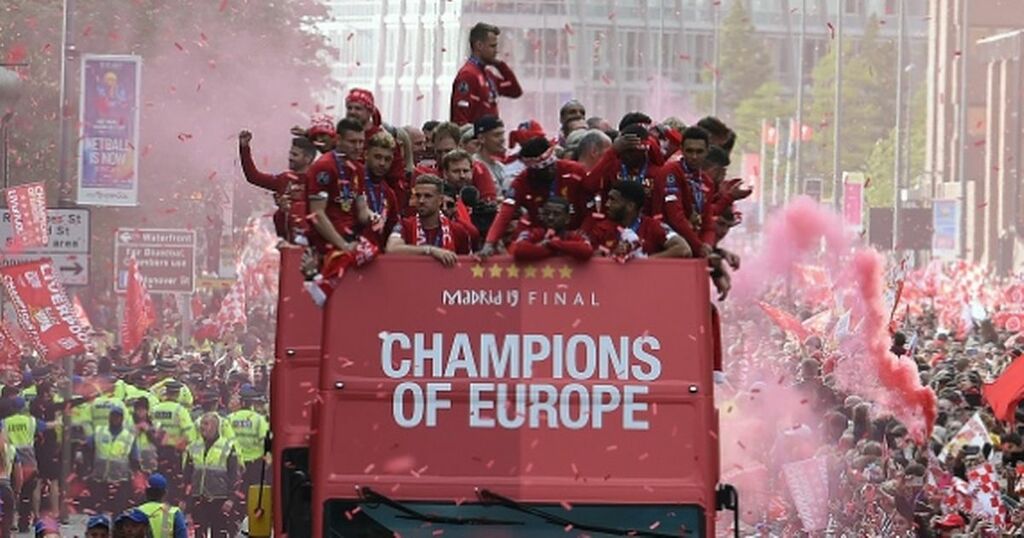 The Mayor of Liverpool has invited Jurgen Klopp's team to hold a victory parade in the city on Sunday, May 29 - the day after the Champions League final in Paris.

The Reds are chasing an unprecedented quadruple, aiming to become the first English team in history to win the Premier League, Champions League, FA Cup and EFL Cup in the same season. They've already won the latter competition, lifting the trophy in February.

Liverpool have reached the finals of the FA Cup and Champions League. In terms of the Premier League, they're currently one point behind leaders Manchester City with four games to go - starting with Saturday night's home game against Tottenham.

The Reds did not schedule a victory parade for their most recent honour - the Premier League - due to Covid restrictions being in place when the title was secured in June 2020. Their last parade was three years ago after their Champions League triumph.

The only available date for Liverpool to have a victory parade is May 29 due to logistical challenges. That marks the 37th anniversary of the Heysel disaster, when 39 fans sadly died at the European Cup final between the Reds and Juventus in Belgium.

How many trophies will Liverpool win this term? Let us know in the comments below!

Liverpool will cover the full cost of the parade. It's unclear if it will be cancelled if Liverpool fail to add to their EFL Cup triumph or if they lose the Champions League final.

Klopp's team are likely to know their Premier League fate on May 22, when their final game against Wolves takes place at Anfield. Their FA Cup final against Chelsea - the team they defeated in the EFL Cup final - will be held at Wembley on April 14.

"We all remember those iconic images from 2019 as hundreds of thousands of people lined the parade route to celebrate this incredible footballing achievement," mayor of Liverpool Joanne Anderson told the Liverpool Express.

"Staging an event of this scale does not happen overnight - our events team is among the best in the world at what they do, and they have done all they can behind the scenes and are now at the point where they need to start communicating with residents and businesses about the plans in place.

"The team working on it will have less than 24 hours’ notice once that final whistle blows so we need as much time as possible to prepare in advance to ensure the safety of everyone involved.

"We are working in partnership with LFC, Merseyside Police and travel partners to ensure any parade runs smoothly and safely, and if the Reds do bring home the silverware, we can make sure we give them the heroes' homecoming they deserve."