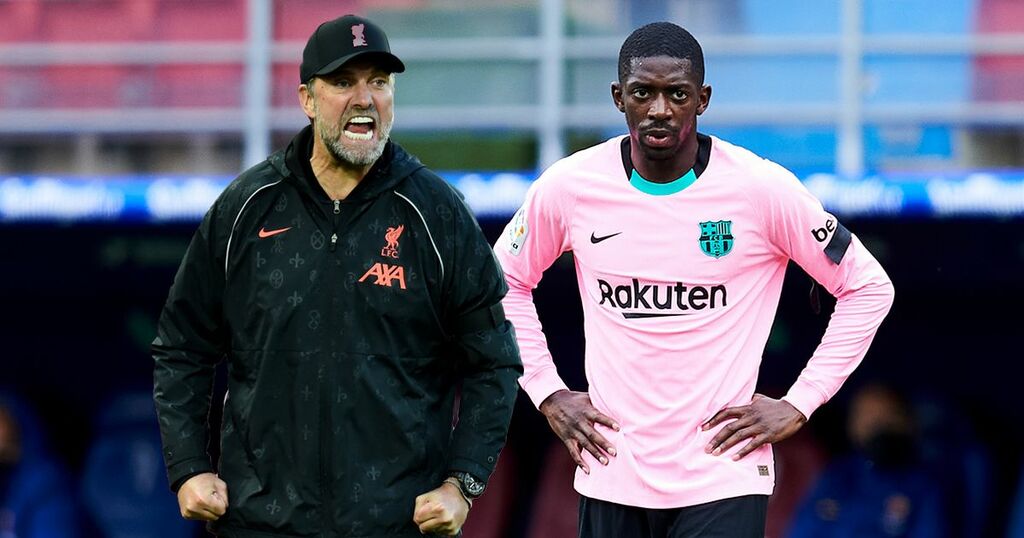 Liverpool are considering a move to sign Barcelona forward Ousmane Dembele next year amid his contract being due to expire at the Camp Nou next June.

Dembele’s talks with the Catalan giants over a new contract have stalled in recent months and there is a possibility he could be a free agent by July or be cashed-in on for a cut-price deal in January.

Despite the France international’s concerning injury record – which has derailed his progress at the Blaugrana since his big-money move from Borussia Dortmund in 2017 – the motivation behind the Reds' interest is clear.

A wide forward who is capable of playing on either flank due to his two-footed ability, Dembele is able to utilise his technical ability, speed, and agility to beat opponents and open defences.

The 24-year-old has already clocked up 27 international appearances for France – with whom he won the World Cup in 2018 – and his natural talent is undeniable.

He would be an ideal fit in Jurgen Klopp ’s side’s attack due to his ability to play in any of the three attacking positions while being in the ideal age bracket in which the Reds are hopeful of recruiting.

Each of Sadio Mane, Mohamed Salah and Roberto Firmino celebrate their 30 th birthdays this season and Dembele would add the ideal strength in depth, while potentially being available at a significant discount due to his contractual situation.

What is notable is that Klopp’s interest in signing the Frenchman does not appear to have been dampened despite his past personal relationship with the forward.

The Reds boss owns a number of properties near Dortmund and he rented one of the houses out to Dembele during his playing days in the Bundesliga, when Klopp was at the helm at Anfield.

Yet a report from Bild outlines how Dembele ‘trashed’ the furnished property and left it in a bad state of repair as he attempted to force through his transfer to Barca back in 2017.

Should Liverpool make a move to sign Dembele? Have your say below.

It was reported that Dembele abandoned the property with bin bags stacked outside it with an armchair sitting in the rain, while items of clothing such as underwear and socks were left lying about the place.

Klopp was said to be furious at the time but his anger has quelled over the years since with reported interest of him wanting to sign the forward – whose future is now unclear.

Prior to Dembele joining Dortmund in 2016, he had been linked with a move to a Premier League club with Liverpool among the sides linked at the time.

The Frenchman later admitted: "I saw Klopp in Paris but I told him I'd made up my mind to sign for Dortmund."

Dembele’s stint at Barca has been hampered by multiple injury issues and fitness problems – limiting him to just 54 La Liga starts out of a possible 159 matches.

But if fit and firing, there is little doubt of his attacking quality - something which would prove valuable to Klopp at Anfield.