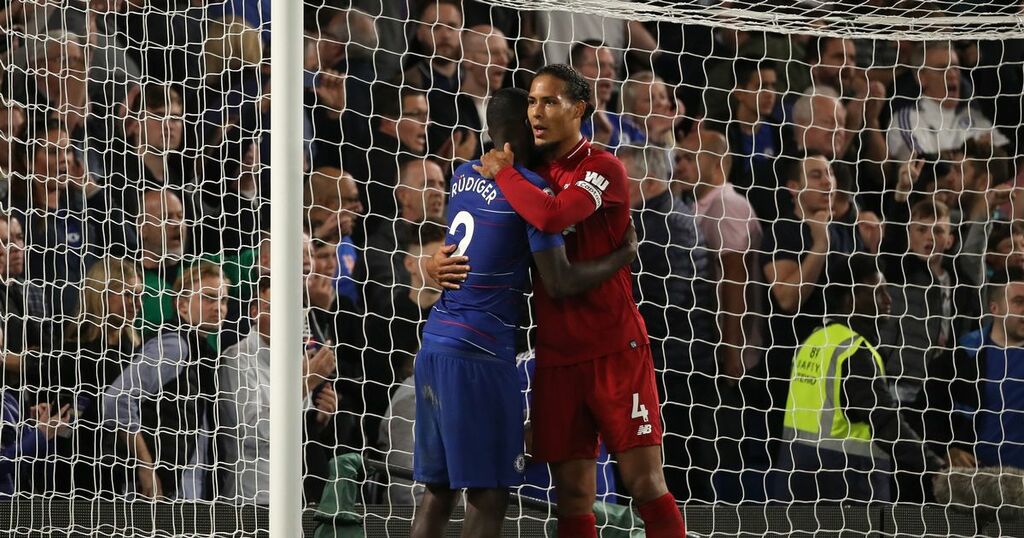 Jamie Redknapp has claimed that Antonio Rudiger would be an ideal partner for Virgil van Dijk at Liverpool.

Although some reports have suggested that the German is happy at Chelsea and wants to stay at the club in the long-term, there has still been no agreement over a deal that will resolve his ongoing contract dilemma.

football.london understands that the £140,000-per-week offer is still around £60,000 short of the £200,000-per-week that the ex-Roma man is looking for, as he assesses everything on the table before making a final decision.

The 28-year-old has established himself as one of the best centre-backs in world football, and as a result, he's attracted interest from some of Europe's top clubs.

Now, Redknapp has insisted that Chelsea will be doing everything in their power to keep hold of him beyond this summer.

Speaking on Sky Sports before Chelsea's semi-final second leg clash with Tottenham Hotspur, Redknapp said: "There’s not many like him in world football. A lot of centre-backs now, they’re nice. Not many of them are going to be aggressive, kick you, be in for a fight every time you play against them.

"I think they’re going to look at Rudiger and think that’s what he brings. He’s a one off to that extent. If you’re Chelsea, you’re doing everything [to keep him]. But from his point of view he’s in a good position, everyone will want him."

Redknapp continued by suggesting that Rudiger would be the perfect partner for Liverpool star, van Dijk.

"I look at my team, Liverpool. You can imagine him alongside van Dijk. He’s a free transfer in the summer, not going to cost you any money. Just obviously a massive wage is what he will want.

"Since Thomas Tuchel came in he’s been a revelation. One of the reasons is that back three and certainly because of him."

For now, that transfer seems unlikely, especially after Rudiger helped Chelsea qualify for the Carabao Cup final on Wednesday night.

The German scored the opening goal of the second leg as Spurs were condemned to a semi-final defeat.

His performance showed that he's presently focused on doing well for Chelsea, and Marina Granovskaia will be working hard to ensure that his future lies at Stamford Bridge.