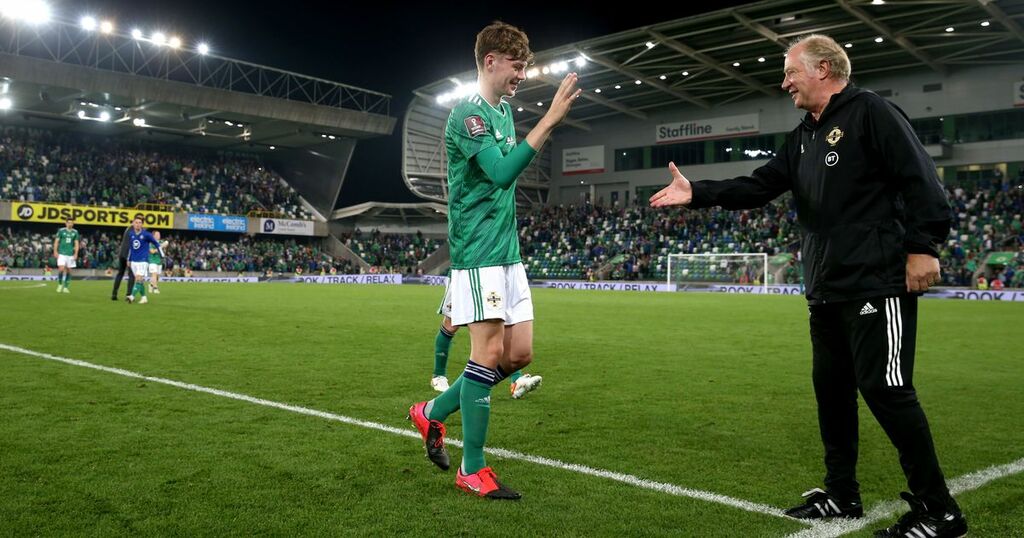 Ian Baraclough says the emergence of Liverpool teenager Conor Bradley as one of Northern Ireland's young guns “excites” him for the future.

Bradley, who has yet to play a senior game for his club, made his competitive international debut as a substitute in Wednesday night's 0-0 draw with Switzerland at Windsor Park.

And the mobile 18-year-old right-back, whose first two caps came in friendly outings against Malta and Estonia, rose to the challenge with an impressive half hour cameo in the World Cup qualifier.

One thumping challenge, in particular, on experienced Torino defender Ricardo Rodriguez in front of an appreciative North Stand provided one of the loudest cheers of the night.

“Conor is way beyond his 18 years and dealt with the pressure of his first competitive game in front of a near enough full house,” said Baraclough.

“He lifted and energised the crowd. I had no hesitation in throwing him on as one of our first substitutes because of the way he has come in and handled himself.

“There was a big cheer when he came on and also for his tackle. Irrespective of the opponent he closed him down and got his tackle in.”

At one stage, Baraclough had eight players aged 24 or under on the pitch, including Bradley, Daniel Ballard (21), Shayne Lavery (22) and Ali McCann (21).

“You look at the young players and they aren’t fazed by it and that gives us something to look forward to,” he said.

“We have to show patience and it can’t all happen at once but we have been working towards this for over a year.

"What our players have done excites us.”

Bradley, who was congratulated by assistant boss and legendary former right back Jimmy Nicholl as he walked off the pitch, described his first Windsor Park experience as "unbelievable".

On his official Instagram account he wrote: "Competitive debut. What a feeling to play at Windsor!!! Fans were unbelievable."