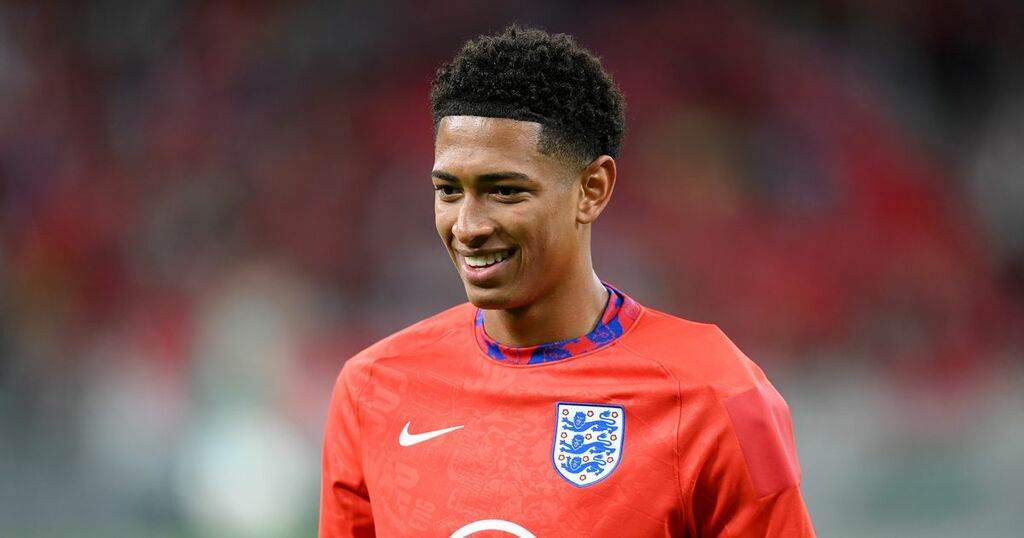 Liverpool are said to be keen on signing Jude Bellingham for a club-record fee of £80 million next summer.

The 18-year-old has been a revelation since joining Borussia Dortmund from Birmingham City in 2020, when the German giants beat Manchester United to the teenager’s signature.

Bellingham is currently on international duty with England, having broken into Gareth Southgate 's squad for the European Championships when he was still 17.

Now he could be returning to England permanently after Jurgen Klopp reportedly made the midfielder his No.1 summer transfer target, while United remain interested following their efforts to sign him last year.

The Daily Star have reported that Klopp wants to strengthen his midfield in 2022 with a statement signing and views Bellingham as the ideal candidate.

They are yet to replace Georginio Wijnaldum following his departure to Paris Saint-Germain this summer, and their sole signing came in the form of French defender Ibrahima Konate.

Signing the Birmingham-raised starlet would mean going above the £75 million price they paid for Virgil van Dijk in 2018.

He joined Dortmund for £25 million, snubbing interest from Old Trafford after he reportedly toured the club’s training ground with none other than Sir Alex Ferguson.

In what would be a boost for Liverpool, the Red Devils could be fixated on other transfer priorities next time around as the report adds United are keen on Bellingham’s BVB teammate, Erling Haaland.

However, Bellingham is believed to happy in Germany and will not push for a move, although sees his long-term future in his native Premier League.

As a battle for the prodigy between Liverpool and United emerges, both sets of supporters will be intrigued to hear Bellingham's footballing idols growing up.

"For me, it was always Wayne Rooney and Steven Gerrard," he told bundesliga.com. "When I was younger, all I ever wanted was a Birmingham shirt.

He added: "These kinds of people, they kind of mould the way that you play because you admire them so much. So, yeah, those two are probably my two biggest heroes in football."

Should Liverpool bid £80m for Bellingham? Give us your thoughts on the potential transfer here.

Chelsea were tagged as interested during the spring after he shone in the Champions League against Manchester City but a move failed to materialise.

His form led to his international call-up, with Southgate raving about the prodigy during the summer.

"Just in training in the last couple of days, to have a 17-year-old, who wants to compete with senior players, not only has the technique, but the competitiveness and maturity… he’s a hugely exciting player.

"He’s going to be an important player for England.

Southgate added: "The experience is going to be enormous for him and for future England managers because I don’t see anything in his character that means he won’t succeed.

"But his performance levels with Dortmund in the big Champions League games were the things that really struck us.

"He stood up in those big moments. They are the moments we’re really assessing the players on."