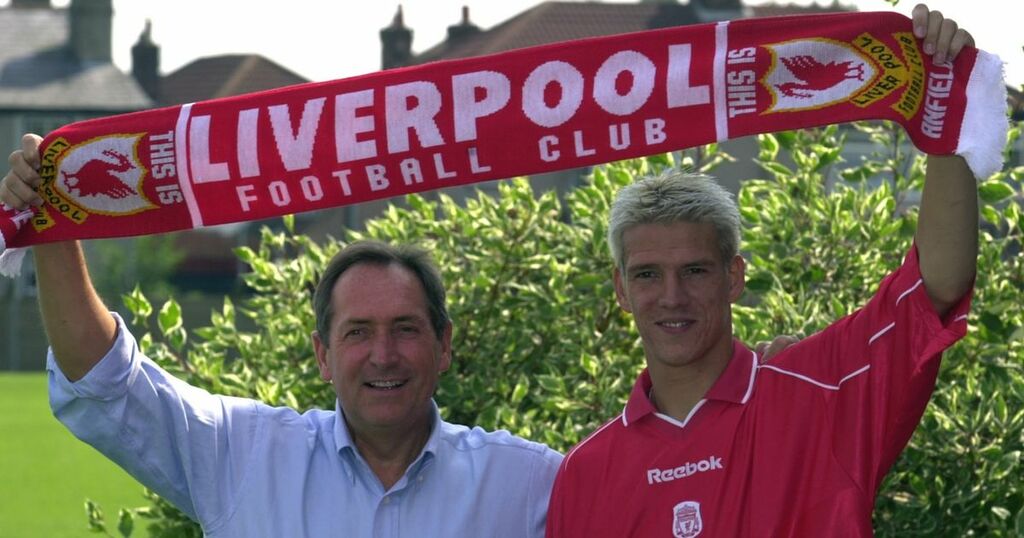 If ever there was a Liverpool transfer really not worth the hassle, it's Christian Ziege's move from Middlesbrough in 2000.

"I didn’t really know what was going on. Everyone was fighting and blaming people, and I didn’t know anything about it as people behind the scenes were talking and trying to get me to sign for Liverpool. I’m not like that. I prefer to say, ‘okay, if I can’t go, I’ll stay’.

"It affected me a lot because questions always came up about it and people from Middlesbrough were not happy, which I understand. I made the wrong decision."

Exactly 21 years have passed since Ziege made his debut for Liverpool in the 3-2 home Premier League win over Manchester City, replacing Steven Gerrard for the final 20 minutes.

It came after a lengthy saga in which Middlesbrough accused the Reds of making an illegal approach for the player before triggering his £5.5million release clause.

Ziege, already uneasy at the manner of the transfer, never truly recovered from such controversial beginnings.

With vast experience having spent seven years at Bayern Munich and an admittedly unhappy two years with AC Milan, the Germany international was supposed to be the answer to Liverpool's problematic left-back position.

Instead, his infuriatingly inconsistent performances served only to highlight the issue, eventually ousted by makeshift full-back Jamie Carragher.

Matters began well enough. Ziege appeared in each of the next 13 games before suffering an injury, after which he struggled to put together a run of games.

He came off the bench to score in the League Cup final penalty shoot-out win over Birmingham City in Cardiff and started the FA Cup semi-final win over Wycombe Wanderers.

However, Ziege made only one 16-minute appearance from the bench in the final 11 games of the season and failed to make the matchday squad for the last four - including the FA Cup final win over Arsenal and the UEFA Cup triumph over Alaves.

With his dyed blonde hair and laidback style, Ziege was a contrast to many of his team-mates. And his relationship with then Liverpool boss Gerard Houllier wasn't exactly the best.

"Liverpool, a massive club with a massive stadium and history," said Ziege. "But unfortunately I had some problems there, problems with the manager. He never talked to me.

“There was no relationship. I was training hard and I asked all the assistant coaches, and my team-mates ‘What am I doing wrong? What can I do better? Do I have to train more?’.

“Everybody said ‘No, you’re doing everything you should do and you’re training well’.

“He never told me (why I wasn’t playing). There was no relationship between him as a manager and me as a player.”

Ziege added: "I realised it was a bad move because I really enjoyed my time playing for Boro. Liverpool were in the UEFA Cup, which we ended up winning that year. We won the FA Cup and the League Cup, and qualified for the Champions League, so it was a great season.

"However, it was the wrong decision, football-wise. I didn’t play enough.

"The League Cup final at the Millennium Stadium was amazing. I came on for the penalties at the end – I guess that was why I got brought on!

"But I didn’t even get on the bench for the UEFA Cup final in Dortmund and that was a tough one to take – but that’s football."

After two goals in 30 appearances, Ziege was gone a few weeks later, joining Tottenham in a £4m deal. But injuries - including an issue that almost led to the amputation of his leg - meant he made only another 69 club outings before retiring in 2005 while with Borussia Moenchengladbach back in Germany.

Having moved into coaching in 2006, he is now boss at Austrian third tier side FC Pinzgau Saalfelden.

But Ziege's Liverpool story continued after his Anfield exit, having gone by the time Liverpool were charged with making an illegal approach for the player and ultimately fined £20,000.

And it was only in March 2004 that it emerged a secret compromise had been reached between Liverpool and Middlesbrough over compensation for the Teessiders shortly before the matter was due in court.

Having been so eager for Ziege, the Reds couldn't have expected his contribution to prove so meagre.