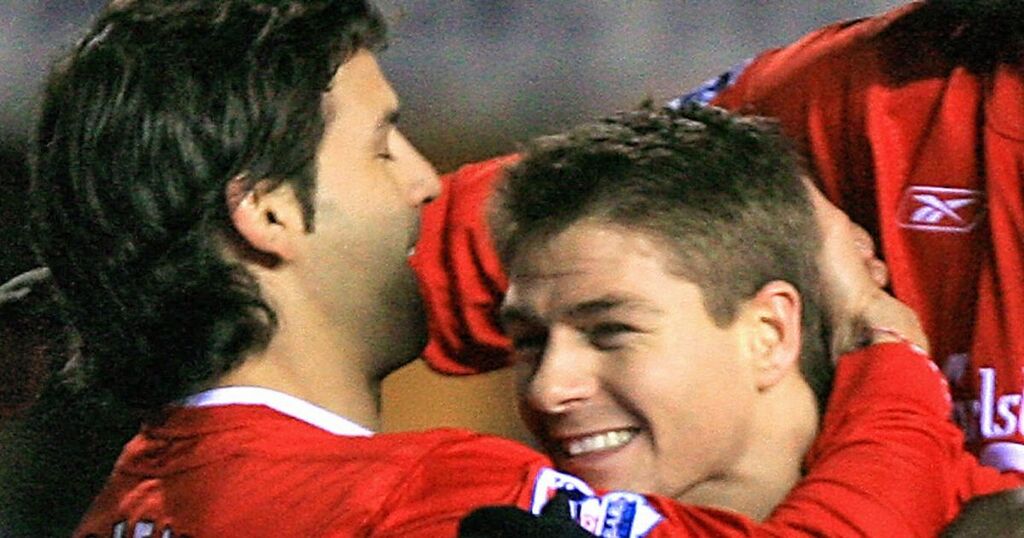 Imagine a scenario where Liverpool were able to sign the previous season's Champions League top goal scorer for less than half of the club’s existing record transfer fee.

It sounds like a pretty sweet deal, doesn’t it? Getting Erling Haaland to sign for the Reds for around £33m this month? Yes please.

While that might sound (and is) unrealistic, this is effectively what Liverpool managed to do in the winter of the 2004/05 season.

Seventeen years ago this week, Rafa Benitez signed Fernando Morientes from Real Madrid for £6.3m (when Djibril Cisse had joined the club for £14.5m the previous summer) and there was no doubting the calibre of player the Reds had acquired.

The Spaniard had scored 22 goals in 42 games for Monaco in 2003/04, with his nine Champions League goals – which included strikes in five of their six knockout tie games – helping them to the final.

Prior to that he had won three European titles and two La Liga crowns with Real, and at the point he moved to Merseyside he had bagged 24 international goals for Spain.

Even now, with all the success the Spanish have enjoyed since he last played for them, Morientes still holds the third best goals per game average among their top 10 scorers of all time.

He was a seriously good forward, and though he had fallen out of favour in Madrid, it was still something of a coup to get him to join Liverpool.

“It's exactly the kind of signing we need,” club captain Steven Gerrard said at the time.

“If you ask any of the fans about the calibre of player they want us to be bringing to the club, he would be it. I feel the same way.

"You know you're not taking a risk. It's good from a symbolic point of view that we've signed someone who's so renowned as a world-class player. I just hope, after all the success he's had and trophies he's won, he's as hungry to do the same for us."

He added: "If you could name the players you would have wanted to buy then Fernando would have been up there.

"You can see how good he is by the little things he does. It might just be a pass or a clever run. I think the fans will grow to love him."

It didn’t take Morientes too long to show off his abilities in a red shirt.

In his fourth game he scored a fine goal into the top corner during a 2-1 win at Charlton, then showed his aerial prowess with an excellent header against Fulham in the following fixture.

Three matches later, Morientes was selected to start the League Cup final against Chelsea in Cardiff. Within 46 seconds he had assisted the quickest goal ever seen in the final of the competition, crossing for John Arne Riise to fire past Petr Cech.

There were other positive moments across the rest of 2004/05 too. His shot led to Luis Garcia’s winning goal in the Merseyside derby at Anfield and he also scored the opener in a 2-1 win at Portsmouth.

But Liverpool’s best moments that season were almost all saved for the Champions League, a competition for which Morientes was cup tied and so could not contribute.

And his first full season in English football would prove to be his last, even though it wasn’t in any way a disaster.

Morientes scored nine times in all competitions and provided seven assists, which was the joint-second most goals created by any Liverpool player behind Gerrard.

He never looked at ease in the Premier League though. Chris Bascombe, writing in the Echo after Liverpool had lost 2-0 at Craven Cottage in October 2005, did not hold back with his criticism:

“Morientes is a bit like bird flu. He's been lethal in other countries and we keep getting told it's only a matter of time before he makes his mark here, but there's no sign of it yet.”

Ouch. But if that assessment was a little harsh, the Spaniard’s career proved how effective he could be in other countries.

After leaving Liverpool in the summer of 2006, he played for Valencia for three seasons, winning the Copa del Rey, then closed off his career with a French league and cup double at Marseille.

“I didn't like the physical nature of the game in England or the referees who let more things go,” Morientes later said, and in that light it makes sense that he didn’t succeed with the Reds.

But if a goal or assist every 206 minutes for a bargain fee is failing, then there have certainly been far more unsuccessful transfers in Liverpool history.