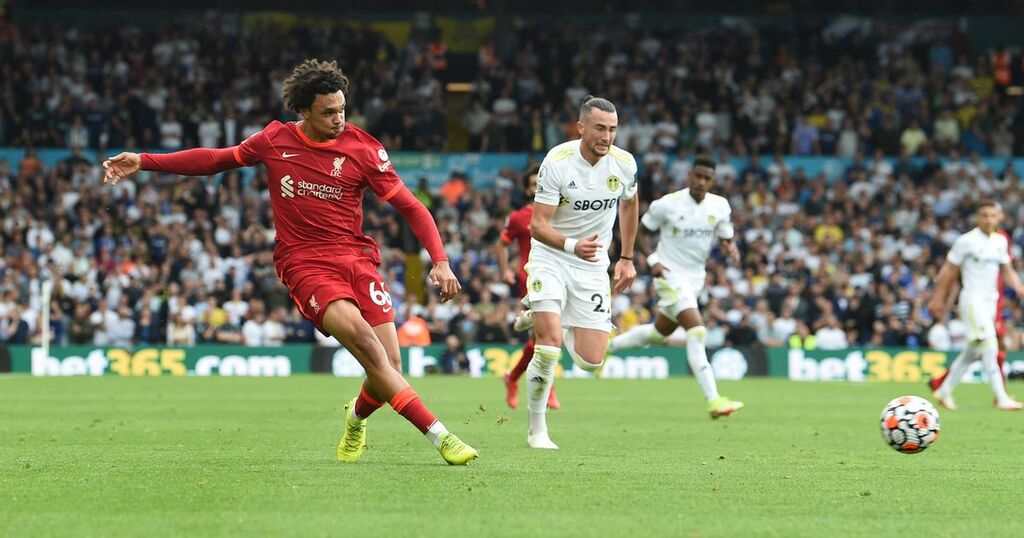 Liverpool’s opening goal against Leeds may have been Mohamed Salah’s 100th in the Premier League - but it also meant that Trent Alexander-Arnold reached his own landmark.

The right-back recorded his second assist of the new season and his 35th overall in the top-flight, when he crossed low for Salah to score, putting him level with former Manchester United defender Gary Neville , despite having played 267 fewer games.

A true demonstration of how the position has evolved, Alexander-Arnold has reached the same total in just 133 appearances, compared to Neville’s 400, and is far more involved in Liverpool ’s attacks than full-backs traditionally were in the United man’s heyday.

According to the Premier League’s records , the 22-year-old’s latest assist puts him joint 8th among defenders in the all-time list, although skewed by converted wingers Ashley Young and Antonio Valencia.

Andy Robertson remains one of two current defenders ahead of Alexander-Arnold’s total, with 39, highlighting the pair’s effectiveness as part of Jurgen Klopp’s side. While their other teammate James Milner is 8th in the overall leaderboard with 85.

That the Liverpool academy graduate is rapidly climbing the all-time rankings should be no surprise, after he broke the record for the most league assists from a defender in 2019, previously held by Robertson among others.

Compared with Neville, the current Sky Sports pundit only managed a career-high four assists across three separate seasons, according to Transfermarkt.

While Alexander-Arnold still has some way to go to catch Ryan Giggs’ overall record of 162, the defender does at least have time on his side.

Such is his vision and passing ability, he was even trialled in midfield for England by Gareth Southgate during the latest international break.

The decision was met with criticism from Jurgen Klopp, however, who said, "There is no need to now make him now a midfield player. It is a little bit a shame that we talk in 2021 like this about football.

"(It's) as if the right-back position is not as important as the others.

"People who say that, I struggle to understand how you could think that."