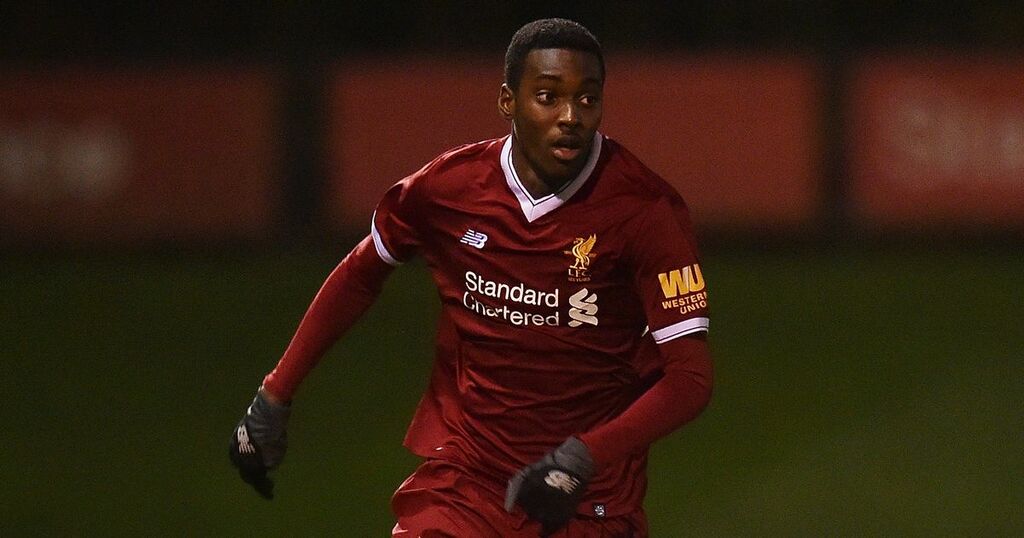 Rafa Camacho may have left Liverpool in 2019 but he is still being mentored by several of the senior players within the Reds squad.

The 21-year-old returned to Sporting Lisbon for £5m two years ago, having previously been part of the club’s academy, and has recently joined Portuguese side Belenenses on loan.

Liverpool did offer the winger a new contract during the 2018/19 season, but Camacho also rejected Premier League interest from Wolves in order to sign for his boyhood club, with the Reds also including a 20% sell-on clause in the deal.

He made just two senior appearances during his three-year spell at Melwood, but the Portuguese youth international has recently spoken about how his former team-mates still advise him on his career.

“[Liverpool] was very good for me in terms of growth and I still keep in touch with some players,” Camacho told A Bola .

“Sádio Mané, Roberto Firmino, Fabinho are some players with whom I got along well and from time to time they send a message to find out how I am and to give some advice.”

A popular figure within the Liverpool dressing room, Camacho received praise from both Virgil van Dijk and Alisson, upon his departure.

"He has been in Sporting's youth set-up and probably feels like returning home. I am happy for him and I hope he is happy”, Van Dijk said , back in 2019.

"He has quality and he knows what he has to do, because we all know that there are many players who have quality, but then they lack the rest."

While Alisson also said: "He is a young man with incredible potential and personality.”

Camacho made 19 league appearances for Sporting in his debut season, before spending the second half of the 2020/21 campaign on loan at Rio Ave.

He made his Liverpool debut during an FA Cup third round tie with Wolves in January 2019 as a right-back, with his Premier League debut coming less than two weeks later, as a late substitute against Crystal Palace.

Frustrated at his lack of first team opportunities, Camacho left with Jurgen Klopp’s blessing at the end of that season - but several of his squad will be hoping to guide Camacho to success as he continues to navigate the Primeira Liga.