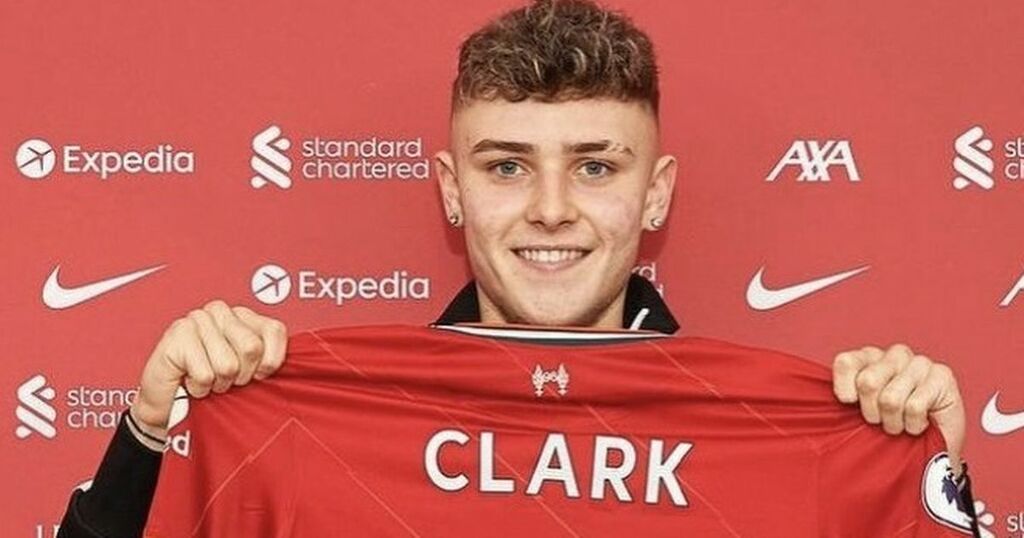 New signing Bobby Clark scored on his competitive debut as Liverpool U18s earned a remarkable draw in a six-goal thriller at Nottingham Forest.

Clark, a 16-year-old capture from Newcastle United last month, sparked a comeback by netting just before the break after the Reds had fallen 3-1 down at The Nigel Doughty Academy on Saturday afternoon.

And substitute Oakley Cannonier scored his eighth goal of the season in the 90th minute to salvage a point after Forest had been reduced to 10 men.

It was no more than Marc Bridge-Wilkinson's side deserved as they maintained their unbeaten start to the season in U18 Premier League North.

The start of the second half was delayed by more than an hour after James McConnell was taken to hospital during half-time as a precaution after taking a huge blow to the body when on the receiving end of a foul challenge from Forest defender Pharrell Johnson.

Competition rules dictate play cannot continue with no ambulance present, meaning both teams had to wait until the vehicle returned for the game to resume.

McConnell had given Liverpool an ideal start on 11 minutes when he met a Terence Miles cross from the right with a fine diving header at the far post.

But the visitors were already struggling to cope with powerful Forest striker Detlef Esapa Osong, who had struck the bar.

And Esapa Osong drew Forest level on 21 minutes after doing well to twist and find space in the area before putting the hosts ahead 11 minutes later when he bounced Wellity Omoruyi off the ball and raced down the inside left channel before beating Liverpool goalkeeper Harvey Davies at his near post.

With Reds debutant left-back Francis Gymiah having already been substituted through injury, another long delay before McConnell was helped off meant there was 10 minutes of stoppage time.

And Clark pulled one back five minutes into the additional period when capitalising on a poor headed clearance to smash the ball home.

With Wellity getting to grips with Esapa Osong, Liverpool dominated the second half as Forest goalkeeper Aaron Bott made excellent saves to deny Melkamu Fraudenorf and Harvey Blair.

Substitute Cannonier was too high from close range before twice being thwarted by further fine stops by the impressive Bott.

Forest were reduced to 10 men in the closing minutes after Zach Abbott's deliberate handball stopped Clark racing clear, and the Reds finally forced an equaliser in the last minute of normal time when Luca Stephenson headed on a deep free-kick and the unmarked Cannonier nodded home.

Liverpool U18s are next in action on Wednesday when they take on AC Milan in their UEFA Youth League opener at Kirkby (kick-off 1pm).