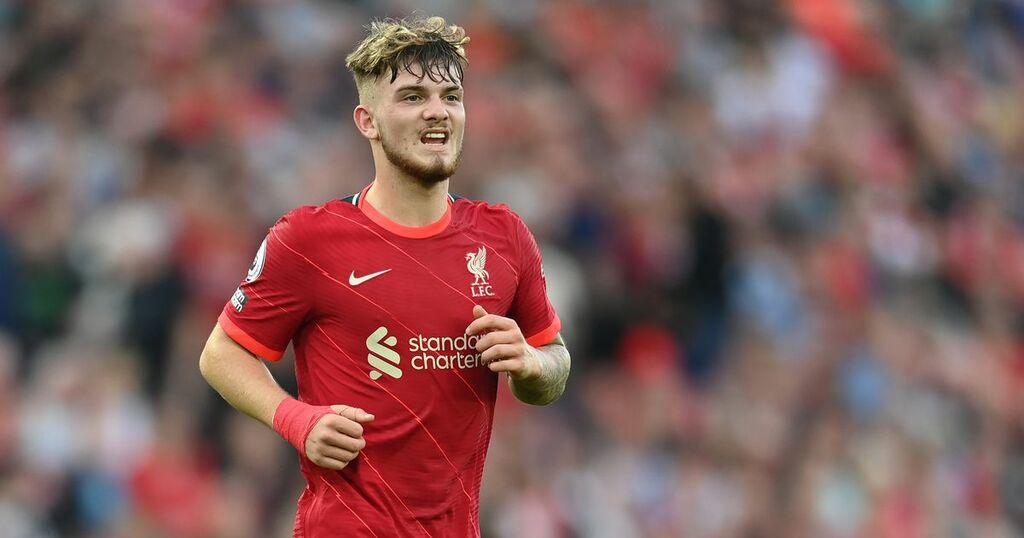 Elland Road, and that can mean only one thing.

Yes, it's Leeds United next up for Liverpool in what isn't going to be an easy game against Marcelo Bielsa's running machines.

Jurgen Klopp can at least call on his Brazilians - well, the fit ones.

So what to do?

Alisson Becker is in goal. The centre-backs will need rotating soon but it remains Virgil van Dijk and Joel Matip for me, with Trent Alexander-Arnold at right-back.

But I'd go with Kostas Tsimikas at left-back, with Andy Robertson having got through some serious minutes in the last few weeks.

Midfield is a bit more straightforward. Fabinho keeps his place, and Jordan Henderson can switch to the right of the midfield three.

And that prompts a first start of the season for Thiago Alcantara, who did well at Leeds in April.

What this all means is Liverpool have a rather strong bench.

Jurgen Klopp’s biggest selection headache was eased considerably with the news that his Brazilian contingent have sensibly been declared available for Elland Road.

That, then, means Alisson Becker will start in goal behind a back five of a player Klopp called “the best right-back in the world” on Friday in Trent Alexander-Arnold, Virgil van Dijk, Joel Matip and Andy Robertson.

Fabinho will patrol the midfield alongside captain Jordan Henderson and I’m handing a first start of the season to Thiago Alcantara also.

The hamstrung Roberto Firmino is replaced by Diogo Jota, who slots in down the middle with Sadio Mane and Mohamed Salah either side of him.

The lack of top-class attacking options in reserve is a concern, it has to be said, but Klopp will feel he has enough on the pitch to get the job done.

Liverpool unchanged on a whole for me from the side that drew against 10-man Chelsea.

Despite Gareth Southgate’s best efforts to deploy Trent Alexander-Arnold as a midfielder last Saturday, he resorts back to right-back for me. His creativity further down the pitch will be paramount against a high-pressing Leeds side.

Hopefully their lessons haven’t been learned from the Alexander-Arnold-Sadio Mane combination that opened the scoring last season.

Despite a scare midweek, Virgil van Dijk has been passed fit to play. A cool head that will be needed at a fiery Elland Road in what will be Leeds’ second Premier League game with fans since their return.

Only change is Diogo Jota in for the injured Roberto Firmino with Alisson and Fabinho starting after the rigmarole of the Brazil debate, at least that’s over!

Marcelo Bielsa's Leeds United is never an easy game and last season's results suggest this will be an open game.

Fortunately for Klopp, the U-turn from the Brazilian FA allows him to keep a consistent defence as Alisson is available.

I expect Alexander-Arnold, Matip, Van Dijk and Robertson to start in front of him, even with AC Milan looming midweek.

Fabinho will be available and despite a slight imbalance in midfield against Chelsea before the international break, Elliott has done more than enough to keep his spot in the team.

Henderson is fit so he has to start.

Firmino's absence leaves the Liverpool boss with little choice in attack, so Salah, Jota and Mane will no doubt get the nod.