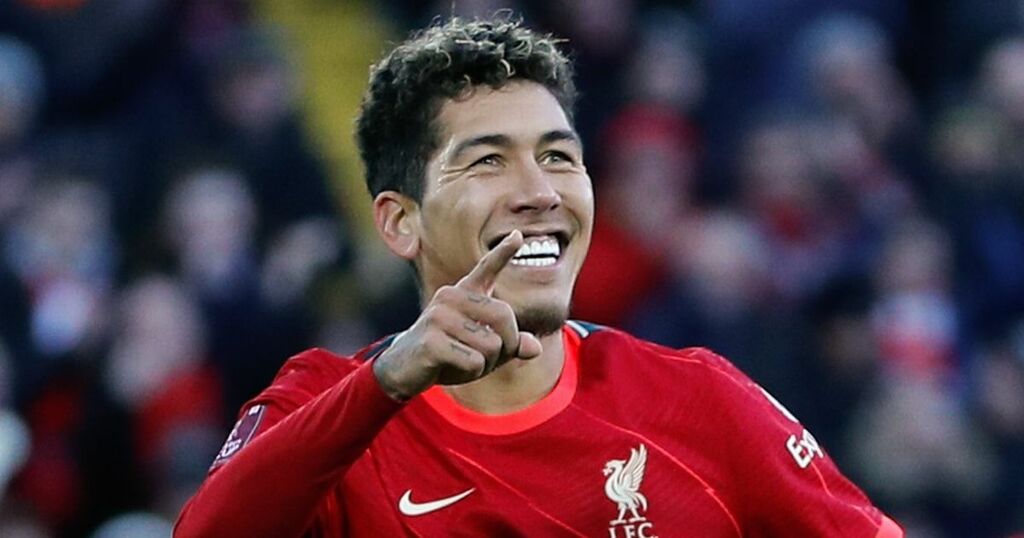 Paul Gorst: It’s likely that Jurgen Klopp is about to name his strongest-ever Carabao Cup team this evening.

There’s no Mo Salah, Sadio Mane or Naby Keita, of course, but crucially there will be Joel Matip, Virgil van Dijk, Roberto Firmino and Alisson Becker back in contention.

With Trent Alexander-Arnold back in training too, he might be expecting a start of his own.

Given Klopp’s comments over the goalkeeper situation, I would expect Alisson to start and I think Matip may return for Ibrahima Konate.

There’s a question at left-back with Andy Robertson coming off against Shrewsbury with a slight knock and Kostas Tsimikas able to deputise with aplomb.

I still anticipate that Robertson will start however with Tsimikas perhaps kept in reserve for Sunday at home to Bournemouth.

I expect a strong midfield with the main question being just who makes up the trio alongside Jordan Henderson and Fabinho.

Up top, the options are less plentiful so I anticipate that Diogo Jota will move wide to accommodate Firmino with Takumi Minamino on either the right or the left.

Jones gets another go

Ian Doyle: So, let's try again shall we?

Seven days after the first leg was supposed to be played, Liverpool are in Carabao Cup semi-final action against Arsenal.

This time, though, it's at Anfield, with the Gunners now having the advantage of playing at home in the second leg. You won't hear their fans crying about that, for some reason.

What to do for Jurgen Klopp?

I'd be sticking with Caoimhin Kelleher in goal, even if Alisson Becker has been out of action for a good few weeks.

Kostas Tsimikas is the left-back, and that Trent Alexander-Arnold hasn't played in this competition for five years suggests Neco Williams will be the other full-back.

At centre-back, I'd go with Ibrahima Konate and Joe Gomez.

Midfield is pretty tricky. Fabinho should be the anchor, but I'd like to see Curtis Jones given another chance with Alex Oxlade-Chamberlain also involved.

Theo Squires: It’s the League Cup but it’s a semi-final so Liverpool should go strong and get one foot in the final when they host Arsenal on Thursday night.

Jurgen Klopp has already suggested that Alisson will start following his return from Covid-19 so he starts in goal while I’d have Virgil van Dijk as captain in front of him.

Kostas Tsimikas comes in at left-back while, having been robbed of appearances against Shrewsbury Town after presumably being caught up in false positive-gate, Neco Williams and Joe Gomez make up the back four.

Fabinho and Cutis Jones can keep their places from Sunday, with Alex Oxlade-Chamberlain coming in to make up the midfield trio against his former club.

And with Divock Origi still injured, the front three picks itself with Takumi Minamino and Roberto Firmino in to start this time and Diogo Jota back to complete the front-line.

Time for Minamino to shine

Mark Wakefield: Liverpool might have some actual first-team players to call upon this time when they play a match.

In fairness, there were four or five of the starting line-up against Shrewsbury in the FA CUp that we’ve seen in both the Premier League and Champions League regularly this season.

But after Jurgen Klopp’s press conference, I fully expect the players who are back in training following their period of self isolation to be back in the team.

Caoimhin Kelleher has done a more than commendable job in goal over the past couple of games, but with Alisson Becker back in training it’s time for the Brazilian to be back between the posts.

Trent Alexander-Arnold is also back in training, so he should come back into the team.

Virgil van Dijk is a nailed on starter, and if Joel Matip is available then I expect him to come in to replace Ibrahima Konate.

Left-back is an interesting one, as Andy Robertson did limp off in the closing stages of the win over Shrewsbury.

However, Klopp said that the Scotland international is okay so if that’s the case then you’ve got to play your best left-back in this game.

Midfield should see Fabinho line up alongside Jordan Henderson, but the other spot is tricky to pick.

I’d be tempted to go with Alex Oxlade-Chamberlain for this one, to provide that extra attacking quality that’s lacking with the players away at the Africa Cup of Nations.

With that in mind and no Mohamed Salah or Sadio Mane available, the time for Takumi Minamino to shine is upon us on the right wing.

That leaves Diogo Jota to go on the left and Roberto Firmino through the middle as the centre forward.