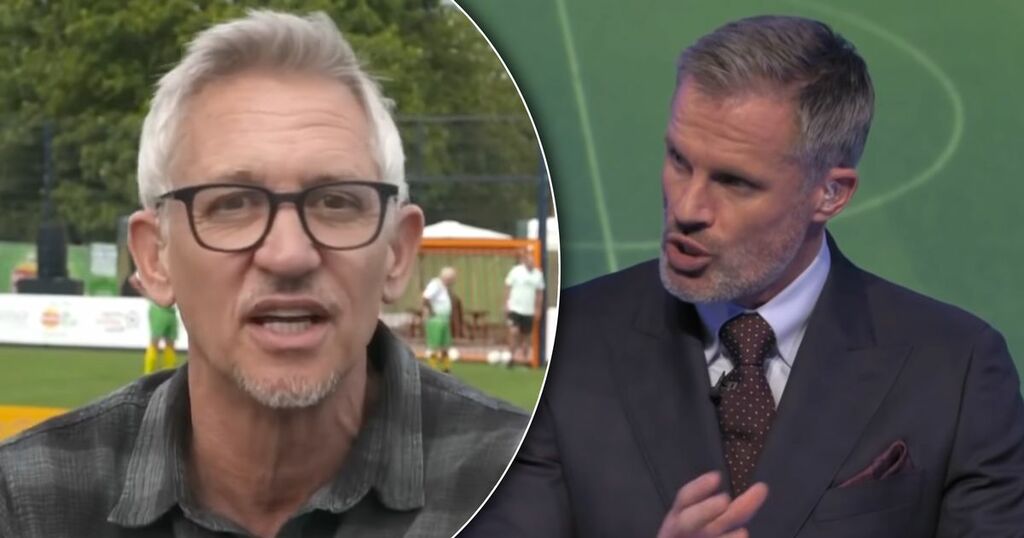 Match of the Day presenter Lineker highlighted mistakes that were made on a Sky Sports graphic, comparing Messi and Ronaldo, with the ex-Red quick to respond.

Lineker had initially taken issue with the graphic not including Messi’s recent Copa America win with Argentina, followed by a reply suggesting that the former Barca man had won four Champions League titles, rather than the three that was displayed.

Carragher was part of the team presenting the debate on Monday Night Football and hit back at Lineker’s criticisms on Twitter.

“We made a mistake on a graphic over Messi’s international honours”, the Liverpool legend admitted.

Former England goalscorer Linker then responded: “Yes, we do, and when they happen, they’re quite rightly pointed out.”

“Not by anyone on MNF, as we realise it’s not easy”, Carragher replied.

“I know you spend the majority of your time on twitter but just look after MOTD & we’ll do the same on MNF. If you ever want to come on with no autocue you’re welcome.”

Having previously played for Barcelona, Lineker is a well-known supporter of Lionel Messi in the constant debate between Ronaldo and the current PSG playmaker.

The argument was the second in as many days for Carragher on social media, after a back-and-forth with his co-pundit Gary Neville on Monday.

This led ex-Everton forward Lineker to say, “You seem to be picking fights with everybody these days. I hope you’re alright, Jamie.”

With Carragher eventually ending the disagreement: “I’m fine Gary, just sticking up for our stats guy. Appreciate your concern.”