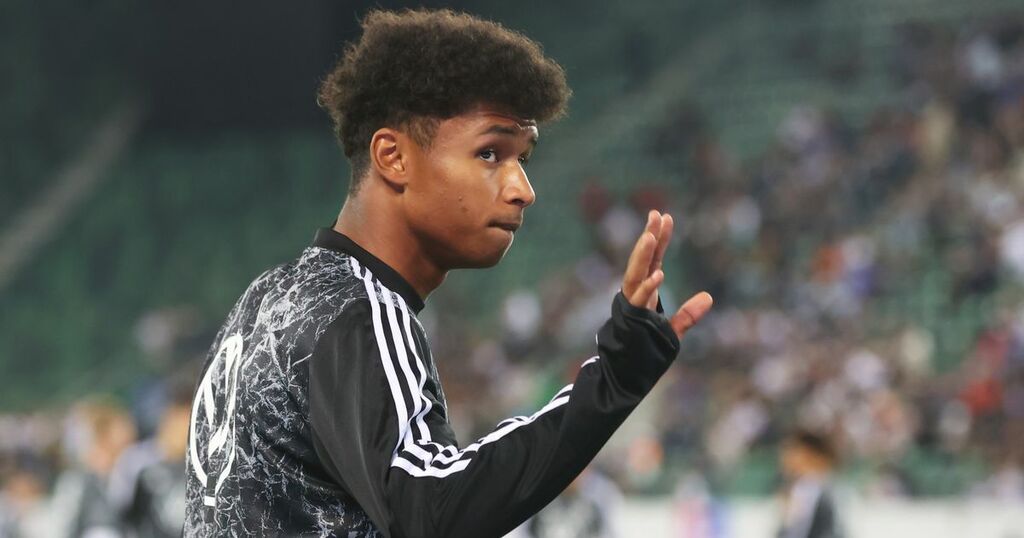 That's according to German outlet Bild, who write that the Reds are in the running to sign one of the most promising young strikers in Europe.

Bayern Munich and Barcelona are also eyeing a move for the 19-year-old, who scored just seven goals last season in the Austrian Bundesliga.

However, Adeyemi has begun this season in scintillating form, scoring six goals in as many league games.

The Munich-born forward has been earning attention for some time now, having gone under the radar when joining RB Salzburg from lowly German side Unterhaching for just £2.5m in 2018.

Bild claim he is now worth at least £17m, though the competition could well drive up Salzburg's asking price.

Jurgen Klopp has frequently been linked with a move for a new striker, but played down any big-money moves due to a lack of funds.

But Adeyemi appears to be a more budget option with great potential to improve.

Former Unterhaching president Manfred Schwabl claims that there was Premier League interest from Adeyemi years ago, having come through the youth ranks of the fourth division German side after being released by Bayern's youth system.

"When he was 16, some clubs from England wanted to sign him. For example, some scouts from Chelsea came, but I don't know if that would have worked out,” Schwabl told Goal and SPOX.

“The move to Salzburg was exactly right because it's not too far away from his home in Munich. The closeness to his family is very important. He has a very good and stable environment.

"You should never take two steps at once. Salzburg is a good station for him, but also a club that doesn't put any obstacles in the way of young players with suitable offers.

"If he continues like this, I would say it will be interesting from the spring."

And Schwabl insists that the whole club is massively proud of his recent achievements.

"It was a goosebump moment to see the boy play in the Germany jersey,” he added.

“His development lately is like a little fairy tale. We are very proud of Karim as a club. The goal was of course the crowning glory. I congratulated him afterwards, but also said: 'Stay on the ground, boy!' That is so important. He is only at the beginning of his career."