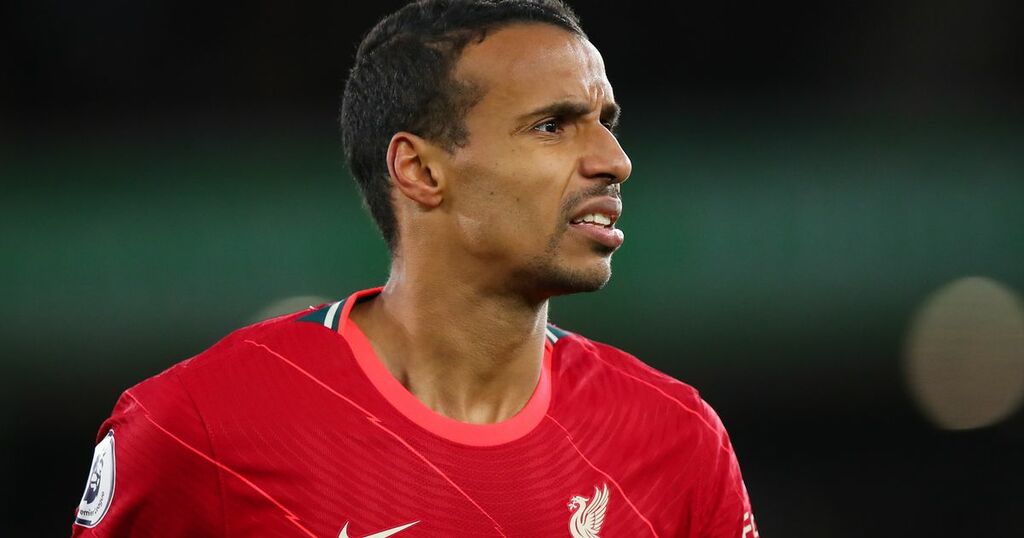 Joel Matip has been cleared for Liverpool involvement against Shrewsbury on Sunday after returning to training on Friday.

However, assistant boss Peter Krawietz was unable to provide an update on Alisson Becker or Roberto Firmino, who were also self-isolating for last week's draw at Chelsea.

The Reds were held 2-2 at Stamford Bridge without Matip, Firmino or Alisson after the trio tested positive for COVID-19 alongside manager Jurgen Klopp before the game last Sunday.

Liverpool's AXA Centre was closed for 48 hours on Wednesday afternoon following a further outbreak before a training session was put on for those unaffected when the base re-opened on Friday.

One of those was Matip who is now in contention against the League One outfit in the third round of the FA Cup.

READ MORE: FSG must give Jurgen Klopp what he deserves as Liverpool transfer truth emerges

Asked about all three players in Saturday afternoon's press conference, Krawietz was only able to refer to Matip's potential inclusion.

"Joel Matip re-joined training again and we have to see if he is available for tomorrow or not," said Krawietz, who filled in for Pep Lijnders after the Dutchman tested positive on Tuesday evening.

The ECHO understands that Leighton Clarkson is another who could feature after his loan spell with Blackburn Rovers was curtailed last week.

The 20-year-old midfielder joined his boyhood side last summer but made just seven appearances for Rovers before they confirmed a return to his parent club.

Clarkson made his senior debut against Shrewsbury nearly two years ago and is potentially in line for another first-team run-out against Steve Cotterill's men this weekend.

"First, of course, the situation with the loan players is that we have one loan player back and he will probably join the squad tomorrow," Krawietz said.

"Of course, we are searching for options for this game tomorrow, nearly everywhere but we have found enough players to build a team and we have a squad for tomorrow.

"This will be an exciting game tomorrow. I've already told you I think Shrewsbury are a good team, they will try to cause us problems.

"So it's our task to find solutions and find our way to play the football we want.

"We have the idea to be dominant and to win the ball as quickly as possible.

"Still we have the idea to play forward, find finishing situations and this is what we're going to try but we know it will be tough."