Liverpool ‘got carried away by our own football’ in crazy AC Milan clash, says Jurgen Klopp 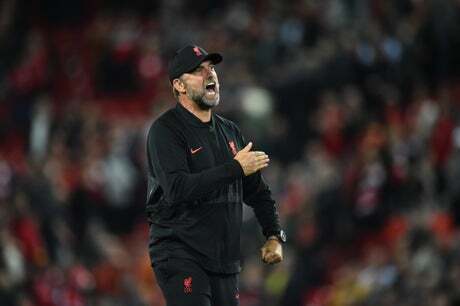 Liverpool boss Jurgen Klopp says his side got “carried away by our own football” as they had to battle their way past AC Milan in their Champions League group stage opener despite a largely dominant performance.

The Reds were by some distance the better side in the first half and led through Trent Alexander-Arnold’s deflected strike, while Mo Salah missed a penalty that would have made it 2-0 soon after.

However, AC Milan clung on and suddenly found themselves in front at the break after two goals in two minutes from Ante Rebic and Brahim Diaz.

Klopp’s men rallied after half-time, with goals from Salah and Jordan Henderson ultimately sealing the three points but the German warned his side will have to be more canny if they are to repeat their runs to the final of 2018 and 2019.

“We started incredibly well,” he told BT Sport. “We played a super, super game. An intense game but football wise as well.

“We played in all the spaces we had to play and didn’t give them anything until... I’m not sure exactly. We got punished for it in the last few minutes of the first-half but it started earlier.

“We got carried away by our own football. We didn’t keep it simple anymore, offensively and defensively we were not organised anymore.

“They played in-between and scored two goals. But it did not feel like we cannot come back. It was clear that we had to immediately get back to how we started and then we scored wonderful goals, to be honest. Both were incredible. It is deserved but we had 10 minutes where Milan nearly changed the whole tie.

“It is the football I want to see in most moments. We are experienced in the competition, or should be.”