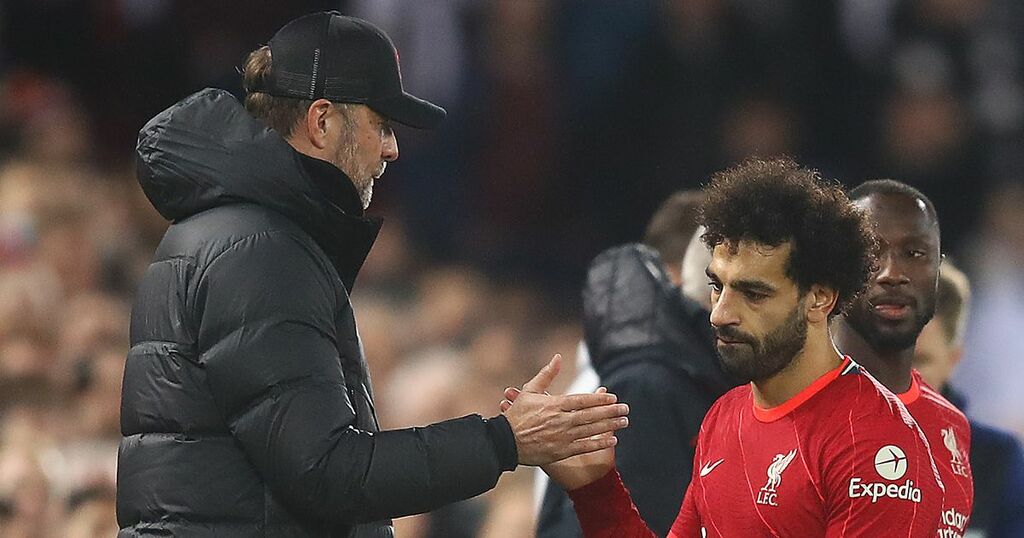 Liverpool must tie Mohamed Salah down to a new contract by the end of the season or else rival clubs will start to "test the water" with transfer bids for the sensational forward, according to Charlie Austin.

Salah, 29, has entered the final year-and-a-half of his deal at Anfield and he is yet to agree new terms despite negotiations taking place throughout the second half of 2021.

The Egyptian has been in the form of his life this season with 23 goals and nine assists in 26 appearances in all competitions.

However, Anfield chiefs are concerned about handing a player turning 30 in June a lucrative extension which would almost certainly require a club-record salary.

Salah spoke freely about his contract situation in a fresh interview and insisted he wants to stay on Merseyside without holding Liverpool to "crazy" demands.

Is Mohamed Salah the best player in the world? Have your say in the comments!

Nonetheless, Queens Park Rangers striker Austin admits time is running out to strike an agreement before Europe's giants begin to circle for the player.

Asked if that means the player - who has previously been linked with Barcelona, Real Madrid and Paris Saint-Germain - is in a very strong position, the Englishman responded: "Yes, of course.

"And then say clubs come in and start throwing silly offers in, £50million... they're not going to sell him for £50million, of course, but just testing the water."

Austin also declared Salah is a superior player to Liverpool greats of old including Luis Suarez and Fernando Torres before telling the club's hierarchy they would be unwise to "let this one go".

The former Burnley, Southampton and West Brom ace added: "Suarez was unreal, Torres was unreal, but they've not had a player like Mohamed Salah.

"They just haven't. And what he's doing is phenomenal. He's top, he's very top year in, year out.

"I think he is now the top scorer at the moment, top assists. It would be crazy for them (Liverpool) to let this one go.

Salah is currently on international duty with Egypt at the Africa Cup of Nations, but had a chance to discuss his future in an interview with released on Tuesday.

"I want to stay, but it's not in my hands. It's in their hands," the former Chelsea star told British GQ . "They know what I want. I'm not asking for crazy stuff.

"I've been here for my fifth year now. I know the club very well. I love the fans. The fans love me.

"But with the administration, they have [been] told the situation. It's in their hands."