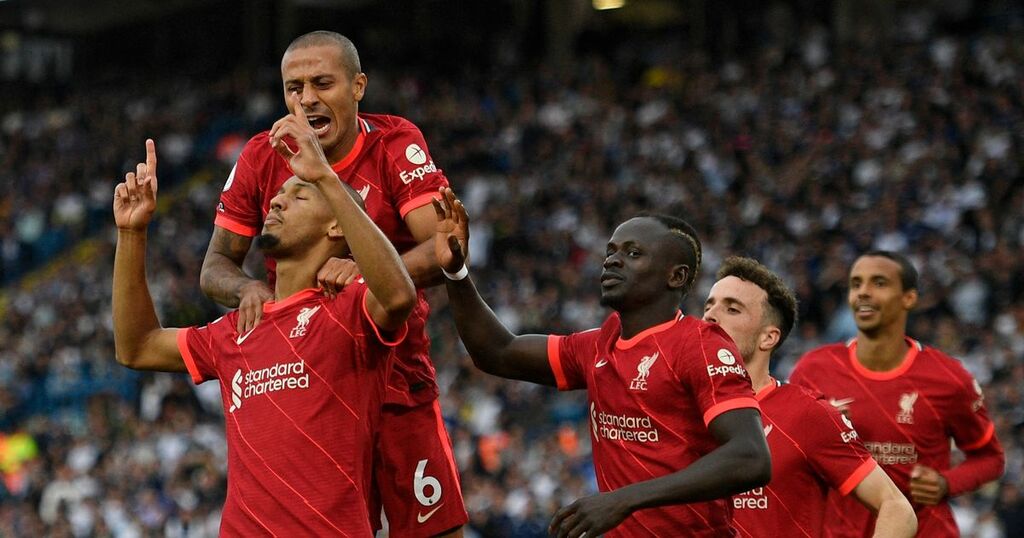 Liverpool supporters launched a new chant after today's 3-0 victory over Leeds United, claiming that the Reds will enjoy success this season despite their lack of spending.

The Reds have been criticised by many for their lack of signings in the transfer window, having only purchased Ibrahima Konate from RB Leipzig this summer.

Liverpool's main title rivals have all spent big, prompting many supporters to voice their frustration regarding the transfer policy of Fenway Sports Group (FSG).

Despite a lack of incomings at Anfield, however, Jurgen Klopp's side have started the season strongly and earned another three points on Sunday afternoon.

Those inside in the away end at Elland Road were in high spirits at the full-time whistle as they began to sing a song referencing Liverpool's decision not to invest heavily on new recruits.

"The Reds have got no money, but we'll still win the league," was the verdict from the Reds in attendance having watched Klopp's men ease their way to three points.

Liverpool's lack of squad depth has been the main reason listed by many pundits for not backing Klopp's side to claim the league title this season.

The Reds were written off by 20 BBC Sport pundits prior to the campaign getting underway, with not a single person backing Liverpool to secure top spot.

Klopp will be eager to prove everyone wrong this term, and the early signs suggest that Liverpool are likely to be one of the sides gunning for glory.