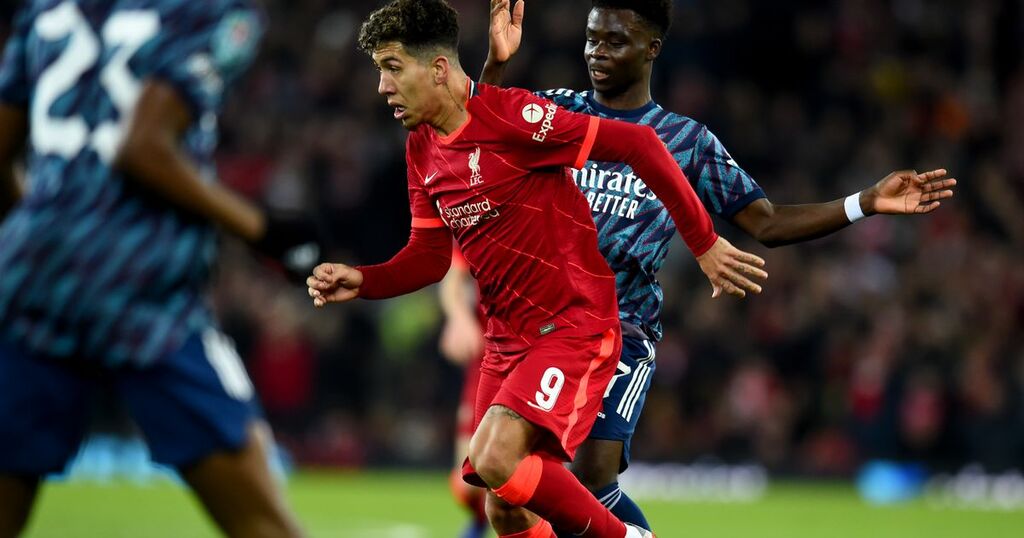 Liverpool looked toothless in attack as they played out to a 0-0 draw with Arsenal in the first leg of the Carabao Cup semi-final at Anfield.

The Reds registered just a single shot on target as Arsenal played an hour of the match with 10 men as Granit Xhaka was sent off in the first half.

And it appeared that Liverpool missed their African stars Mohamed Salah and Sadio Mane dearly as they go to North London next week with all to play for.

PLAYER RATINGS: Trent Alexander-Arnold and four others struggle against Arsenal

AS IT HAPPENED: Liverpool vs Arsenal - goal updates, analysis and reaction

Reds fans on social media expressed their concern at Liverpool 's lack of firepower in front of goal as they failed to trouble the Arsenal goalkeeper Aaron Ramsdale.

Roberto Firmino started in the front three alongside Diogo Jota and Takumi Minamino - who missed the chance of the match to give Liverpool a lead going into the second leg.

One fan said: "Liverpool's attack tonight is toothless. Klopp surely will be praying that Senegal and Egypt are eliminated from Afcon as early as yesterday."

It was even questioned why Kaide Gordon wasn't on the pitch at some stage after his goal in the FA Cup against Shrewsbury Town on Sunday afternoon.

"Kaide Gordon is being praised as a young star and scored for Liverpool on the weekend.

"Why on Earth would you not let him have a go from the bench tonight? It’s not like their attack could get any worse tonight."

Another fan said: "Liverpool I beg you sign someone to reinforce that attack."

Referring to Salah at the Africa Cup of Nations, a Reds fan added: "Liverpool fans will be praying for Egypt to lose all their games at this point. Blunt attack against ten men smh."

Having no Salah and Mane was a talking point on social media: "Big result for Arsenal that. Liverpool hard to watch in attack without players like Salah and Mane. They need someone to step up big time."