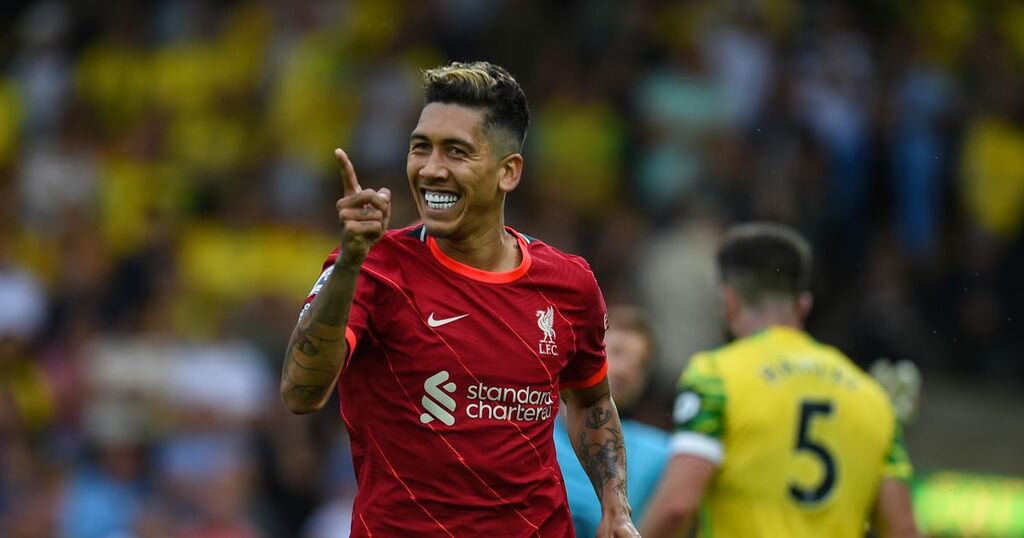 Indeed, the Brazilian sustained a hamstring problem in Liverpool's 1-1 draw against Chelsea before the international break.

The 29-year-old is keeping himself busy, though, as his wife Larissa shared a video on her Instagram story on Saturday night.

Firmino could be seen singing the 'Allez Allez Allez' chant while playing along on piano.

Supporters loved the viral clip and were quick to express their admiration for the Reds' No.9.

One supporter said: "I don't ever want Bobby to leave. He's my favourite player out of the front three to watch when he is on song. Firmino's been through everything with Liverpool and he's a club legend."

Another posted: "Get him on a duet with Jamie Webster on BOSS night!"

One commented: "He sure loves the club, I hope we give him a new contract."

Another added: "I love Firmino. How can you not? Football aside he’s just a brilliant bloke."

Firmino was forced off just before half time in Liverpool's 1-1 draw against Chelsea before the international break.

Despite being helped by the international break, Firmino is absent for Leeds United and is likely to miss Wednesday night's Champions League clash with AC Milan.

Compatriots Alisson Becker and Fabinho are available, though, after the Brazilian FA withdrew their request to FIFA to invoke the automatic five-day ban for not reporting to international duty.