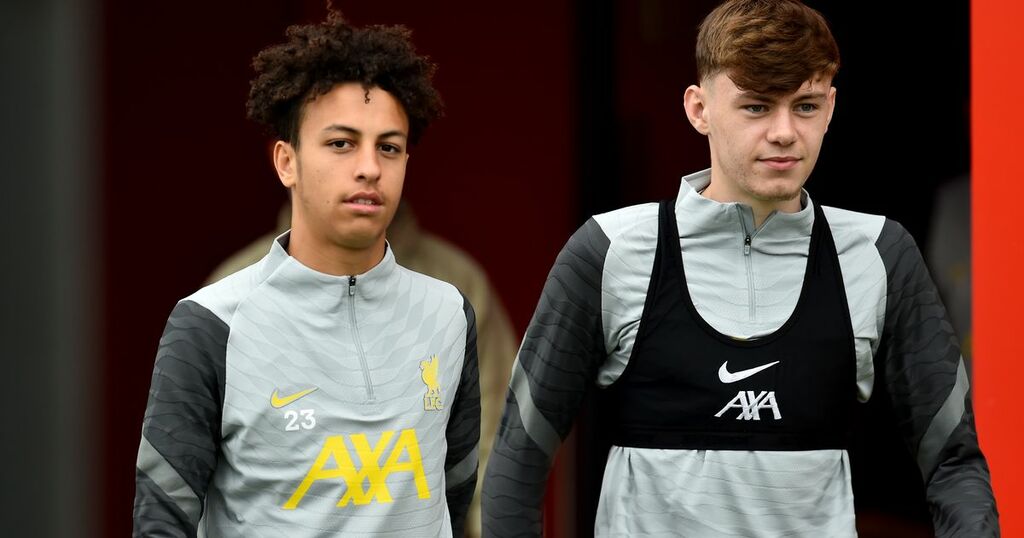 The UEFA Youth League has long proven a significant barometer for Liverpool youngsters.

Curtis Jones, Neco Williams, Rhys Williams, Harvey Elliott and Caoimhin Kelleher have all impressed in the competition on their way towards making the step up to the first team.

Now the Reds’ latest generation of hopefuls will be given a chance to test themselves against Europe’s best having been denied the opportunity last season due to the ongoing coronavirus pandemic.

It will be a new challenge for the likes of Mateusz Musialowski, James Balagizi and Melkamu Frauendorf, who shot to prominence during last season’s run to the FA Youth Cup final, and Kaide Gordon, the 16-year-old who made a huge impression during the summer with the first team.

And Marc Bridge-Wilkinson, who will take charge of a Reds’ under-19 side, believes the tournament offers a chance to accelerate their development.

“It’s not necessarily just about this competition, but it does give players a greater exposure, both to the European game and to different cultures and environments," he says to the ECHO.

“For example, travelling abroad for one-off games is unusual for these lads, they have done it before for tournaments where you play several matches but not just a single game.

“This is the real world now. That in itself is something new. Hopefully we can learn really quickly.

“The Youth Cup run last season was a good experience for us and this can now add to that.

“It’s a really good opportunity for everyone to get a taste of a different type of football, of coming up against different styles in Europe.”

February signing Gordon may have been fast-tracked to the U23s but, similar to Conor Bradley, Tyler Morton, Owen Beck, Billy Koumetio and Max Woltman, remains eligible for the UEFA Youth League.

Bridge-Wilkinson’s U18s have made an unbeaten start to the campaign with in-form 17-year-old striker Oakley Cannonier having scored six goals in three games.

“Oakley has started the season really well, but it hasn’t surprised me,” says Bridge-Wilkinson. “I’ve worked with him since he was 14 and he always done well.

“The only problem has been that, because of injury, he hasn’t been able to play an awful lot.

“None of us at the Academy are surprised by his start. We are really pleased and proud of him and hope he can continue to progress.”

With the team rotated ahead of today’s game, Cannonier came off the bench to score a dramatic late equaliser in the 3-3 U18 Premier League North draw at Nottingham Forest last Saturday.

The start of the second half was delayed by more than an hour when James McConnell, who scored Liverpool’s opener, was taken to hospital after being involved in a heavy collision shortly before half-time.

“It was an awkward injury for him and not nice,” says Bridge-Wilkinson. “He was in a little bit of distress, he suffered concussion and has damaged teeth.

“He is progressing now, though, and he’s gone home for a few days to be with his family. He’ll be recovering for the next few weeks.”

The Forest game also saw a first competitive Liverpool outing and goal for 16-year-old Bobby Clark, the son of former Newcastle United midfielder Lee who was signed from the Magpies last month.

“I thought Bobby did really well,” adds Bridge-Wilkinson. “If was a difficult game for him as he’s not quite at the fitness level we’d like him to be to play 90 minutes as he missed a lot of games earlier in the summer.

“But with the injuries we had during the game, there wasn’t a lot we could do about it. Bobby, though, felt fine and came through the game. There will be more to come from him.”

An extremely limited number of tickets are available to supporters for the game this afternoon, and can be obtained at the entrance to the Academy.