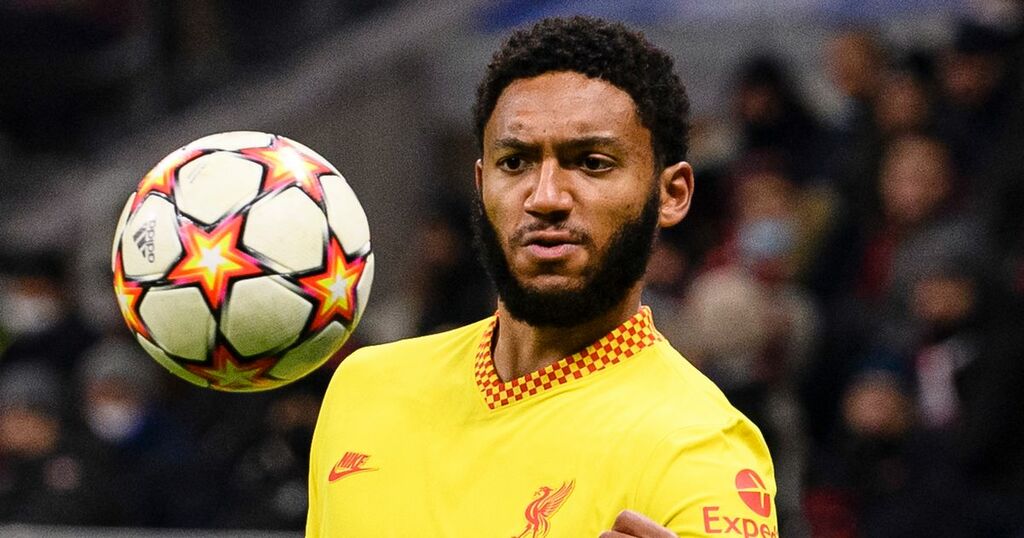 When the fourth official's electronic board was thrust into the Tirol air last July, the relief among Liverpool supporters was almost tangible.

There, waiting patiently to be thrown into the friendly against Hertha Berlin, were Virgil van Dijk and Joe Gomez, both making their long-awaited comebacks after lengthy spells on the sidelines through injury.

But since standing alongside each other in Austria, the subsequent Reds careers of the centre-back duo have travelled notably different paths.

While only a positive coronavirus test has prevented Van Dijk from being an ever-present in the Premier League this season, Gomez has been restricted to just 12 minutes of top-flight action over three brief substitute appearances.

And despite featuring in every minute of Liverpool's Carabao Cup run - skippering the side to wins at Norwich City and Preston North End - there's no guarantee the England international will start tonight's semi-final first leg against Arsenal at Anfield.

Gomez, then, is approaching a crossroads at Liverpool.

Signed more than six years ago, that the 24-year-old has made only 131 appearances highlights the major injury problems that restricted him to just 10 outings in his first two seasons, and the ruptured patella tendon suffered in November 2020 just at the moment Gomez was stepping into the role of chief centre-back in the absence of the injured Van Dijk and Joel Matip.

Van Dijk and Matip have largely been first choice this term, with the ongoing improvement and acclimatisation of £36million summer signing Ibrahima Konate arguably pushing Gomez down into fourth choice in the central defensive pecking order.

To think it was barely 18 months ago he had been a regular in the heart of a backline that was the foundation of Liverpool romping to the Premier League title.

Gomez has made a mere 10 outings this season, only four of which have been as a starter. The last time he began a game alongside Van Dijk? The infamous 7-2 thrashing at Aston Villa early last term.

Rumours of interest from Real Madrid have gone quiet since first being aired last month, leaving the player to concentrate on winning back his place at Anfield.

Indeed, what happens over the next six months could be pivotal in determining whether Gomez believes he has a future at the club beyond the summer.

That he may not start this evening is a consequence of a Liverpool campaign currently being disrupted by a recent COVID outbreak and a number of rearranged fixtures.

It means there is a possibility Jurgen Klopp could go stronger than may otherwise have been expected, not least with Liverpool having had to give up the advantage of playing the second leg at home following the postponement of the scheduled trip to the Emirates last week.

Having long determined Caoimhin Kelleher as his Carabao Cup goalkeeper, the Liverpool boss has hinted he may give Alisson Becker a run-out with the Brazilian having not played since December 28.

This is the 13th time the Reds have met Arsenal in the competition, the most famous clash being the 1987 final notable for being the first time in 145 games they lost a game in which Ian Rush had scored, going down 2-1 at Wembley.

Each has triumphed on six previous occasions, with the pair trading penalty shoot-out wins at Anfield in the last two seasons.

Gomez has faced Arsenal more times than any other club during his career. Another outing tonight could help kickstart a campaign in danger of stalling at Liverpool.