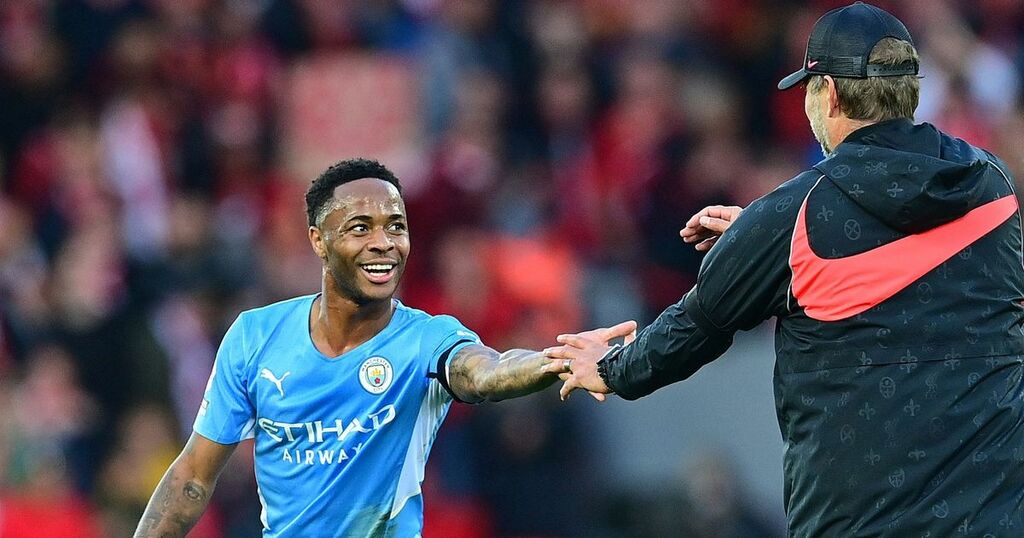 Liverpool are weighing up a move for Barcelona forward Ousmane Dembele in a deal that could have direct implications for the future of Raheem Sterling at Manchester City.

French forward Dembele is out of contract at the Catalan giants next summer and talks have stalled over a new deal with a potential move to Anfield unlocking Barca’s ability to land Sterling.

Barca have offered a three-year extension to the 24-year-old on a reduced salary but are yet to receive a response from the player’s agent Moussa Sissokho and believe he may be considering negotiations with other clubs.

The Blaugrana have adapted a tough stance on the player’s future by informing him that he will not be considered for selection until he puts pen to paper on a new deal.

This is a similar approach to that of Ilaix Moriba, who was excluded from first-team selection after he rejected a new contract before the midfielder eventually joined RB Leipzig this summer.

That has opened the door to a cut-price transfer sale of Dembele this summer with the Reds considering making an approach for Dembele next year with Sport now reporting on his possible exit.

Dembele arrived at the Camp Nou from Borussia Dortmund in 2017 for an initial fee of £96.8 million with add-ons but he has struggled to remain fit for long periods of time.

Dembele’s stint at Barca has been hampered by multiple injury issues and fitness problems – limiting him to just 54 La Liga starts out of a possible 159 matches - but there is little doubt of his undoubted attacking quality.

HAVE YOUR SAY! Should Liverpool target a deal for Dembele? Comment below

Recently asked about the attacker, under-fire Barca boss Ronald Koeman said: "First, [I hope] that he renews his contract, because it is his last year and for the club it is important that he renew.

"Dembele is a very, very good player if he is physically well. When he recovers he will be a vital footballer.

"The situation with his contract is complicated. It is a pity for himself and for us."

Barca have retained an active interest in signing Sterling from Manchester City with the Blaugrana’s sporting director Mateu Alemany informing the English club of their admiration of the player this summer.

The England international is out of contract at the Etihad in the summer of 2023 and has fallen from prominence in Pep Guardiola’s side in recent times, leading to question marks over his future.

The theoretical January exit of Dembele would allow Barca to make an official approach for Sterling – whom they could not afford this summer – with a loan option with a mandatory purchase option.

There are strong relations at boardroom level between City and Barca with a belief that a deal could be plausible if the Catalan club could fund a deal with the theoretical deal appealing to the former Reds star.

Eric Garcia and Sergio Aguero both moved from City to the Camp Nou this summer upon the expiration of their respective contracts in Manchester.

The exits of Lionel Messi and Antoine Griezmann this summer have helped clear the wage bill at Barca, who are now in a position to make signings in January despite a £410million loss last season.