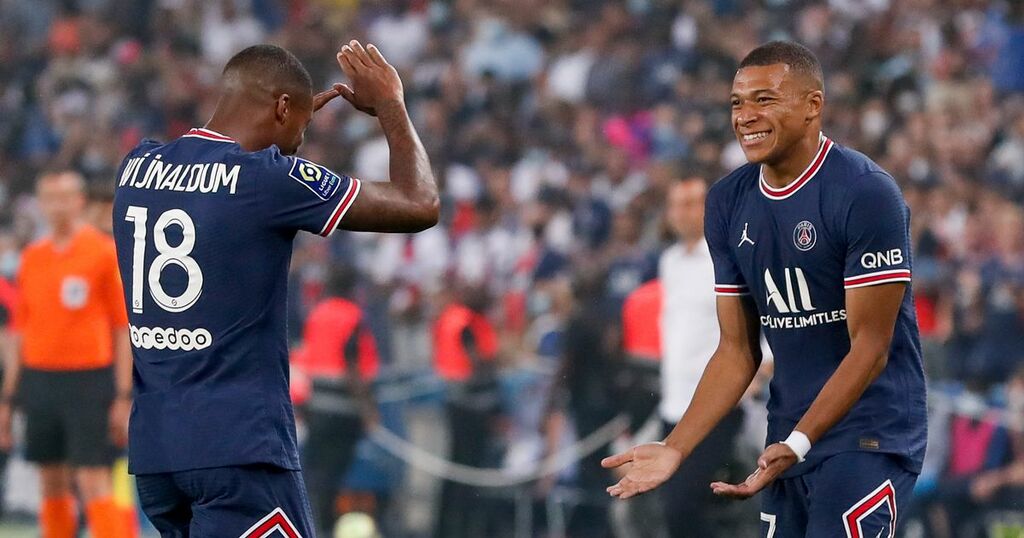 Liverpool have been encouraged to learn from Georginio Wijnaldum's departure last summer in order to "hijack" a transfer for Kylian Mbappe next year.

Wijnaldum, 31, left the Reds at the expiry of his contract and signed a three-year deal with Paris Saint-Germain.

The midfielder's decision to move to the Parc des Princes came after months of speculation heavily linking him with Barcelona, where he was tipped to join forces with fellow Dutchman Ronald Koeman.

Wijnaldum's change of heart came as a great shock and he later claimed the speed of negotiations with PSG convinced him to join the French giants.

Liverpool may find themselves dealing with another free agent next summer, but this time on the other end of the deal.

Have Your Say! Is Kylian Mbappe the best striker in the world? Tell us in the comments section

That is because Jurgen Klopp's side have been monitoring Mbappe's situation at PSG for many years and they may choose to make a move for the prolific striker, who has 18 goals and assists in 16 appearances this season.

The France international, 22, will be available for no transfer fee and foreign clubs can enter talks with his representatives as soon as the January transfer window opens.

Real Madrid are widely regarded as the favourites to sign Mbappe and they even submitted bids of £137million and £145.5million for the player earlier this year, both of which PSG rejected.

The former Monaco star is said to dream of following in the footsteps of his idol, Cristiano Ronaldo, by playing at the Santiago Bernabeu, so the Spanish giants remain in pole position for his signature.

But Anfield legend Ian Rush insists it is never too late to turn a player's head, as shown by Wijnaldum's transfer saga.

"The French champions refused to bow to Real Madrid in the summer but Mbappe now looks increasingly likely to run down his contract and leave PSG on a free transfer next year," Liverpool's record goalscorer told Gambling.com.

Liverpool XI: Pick your lineup to face Arsenal below

"Reports suggest the Bernabeu is where he’s destined to end up but when a player becomes a free agent you never know what direction they might take.

"We all thought Gini Wijnaldum was heading for Barcelona last summer only for PSG to snap him up.

"Could Liverpool hijack Mbappe’s proposed move to Real Madrid? I know he’s an admirer of Liverpool and in my opinion it would be great if the club could sign someone like him, but Real Madrid’s interest is strong and genuine."