True greatness awaits Liverpool in Paris, but what of the alternative?

How will Jurgen Klopp’s once quadruple-chasing team be judged by history if they cannot overcome Real Madrid in the Stade de France tomorrow night?

A second Champions League trophy in four seasons — sandwiching every domestic honour in between — would place this current generation among the finest club sides assembled.

The bewildering statistics amassed in that time should suffice when gauging this Liverpool team’s place in the annals of the game — six major trophies, a further two European finals before Saturday. three seasons of 90 points-plus in the Premier League, twice missing out on the title by a single point.

But memories can fade — and it takes the shine of silverware to keep them alive. There has been next to nothing to separate Klopp from Pep Guardiola over the past four seasons, yet a glance at the record books would show three titles for City to Liverpool’s one, during a period in which they have amassed a collective of 358 and 357 points respectively.

One extra point to City — and two extra League crowns. That is the brutal nature of football, where cups are king.

Liverpool have two of them already this season, winning both finals without the need for a single goal.

Anyone who watched the finals of the Carabao and FA Cup against Chelsea would attest to two perfectly matched teams. So even were the contests that they not only required penalty shoot-outs, but sudden death. Yet, it was Liverpool who basked in Wembley glory — and the Merseysiders who will be remembered in history. Meanwhile, Thomas Tuchel’s team are a footnote.

Yet, the significance of those domestic trophies will be dependent on tomorrow night. It will be a season for the ages, or one laced with regret.

If that sounds harsh, considering Liverpool have played the maximum number of games possible — reaching every final and pushing City to the very last kick in the race for the title, then think about where the domestic cups registered on Klopp’s list of priorities at the start of the season.

The German has shown little regard for them in the past, prioritising Europe and the League. A shift in that attitude is what has provided such a thrilling ride in Liverpool’s pursuit of a clean sweep. But there is no doubt about the trophies Klopp prizes most — and last Sunday he was consigned to the role of also-ran once again by Guardiola.

How deeply those wounds cut may only become evident tomorrow, when we will see if Liverpool are galvanised by that title defeat or punch-drunk after such an exhausting season.

Defeat to Guardiola will be particularly painful for Klopp, who knows just how special his team is.

This should be Liverpool’s era of dominance. This is a team to rival any previous Premier League champions, yet in seven years at Anfield he has delivered just one title. In six years at City, Guardiola has chalked off four and added another five trophies.

But, in black and white, there is little room for shades of grey. There is a deeper question to be asked about how greatness is judged.

Manchester United’s 1999 treble-winners finished just one point ahead of Arsenal and needed a replay and extra time to see off Arsene Wenger’s side in the FA Cup semi-final. That Arsenal team were defending the double from the previous season. Those were the margins between achieving immortality and being consigned to footnotes.

Wenger’s benchmark will always be the Invincibles, but how close was that earlier team to historical greatness?

Sir Alex Ferguson would later be on the wrong end of that argument — and may be able to empathise with Klopp’s bid to topple Guardiola.

United reached three out of four Champions League Finals towards the end of his reign — winning just one. In the other two, he came up against Guardiola’s all-conquering Barcelona. That was where the legend of Guardiola was founded — where Ferguson was humbled and, perhaps, in the most brutal assessment, his football consigned to the past.

This Liverpool team is not going anywhere, with Klopp’s decision to extend his contract until 2026 raising the prospect of even greater feats and the creation of his own dynasty. But no one can guarantee the future. He needs to exploit this moment in time to its fullest.

That is precisely how it has felt as he has gone full throttle into every competition this season like never before.

The quadruple proved the impossible dream. A treble, including his second Champions League trophy at Anfield, is beyond even Guardiola’s wildest dreams at City.

It would also confirm, without a doubt, the greatness we are witnessing before our very eyes. 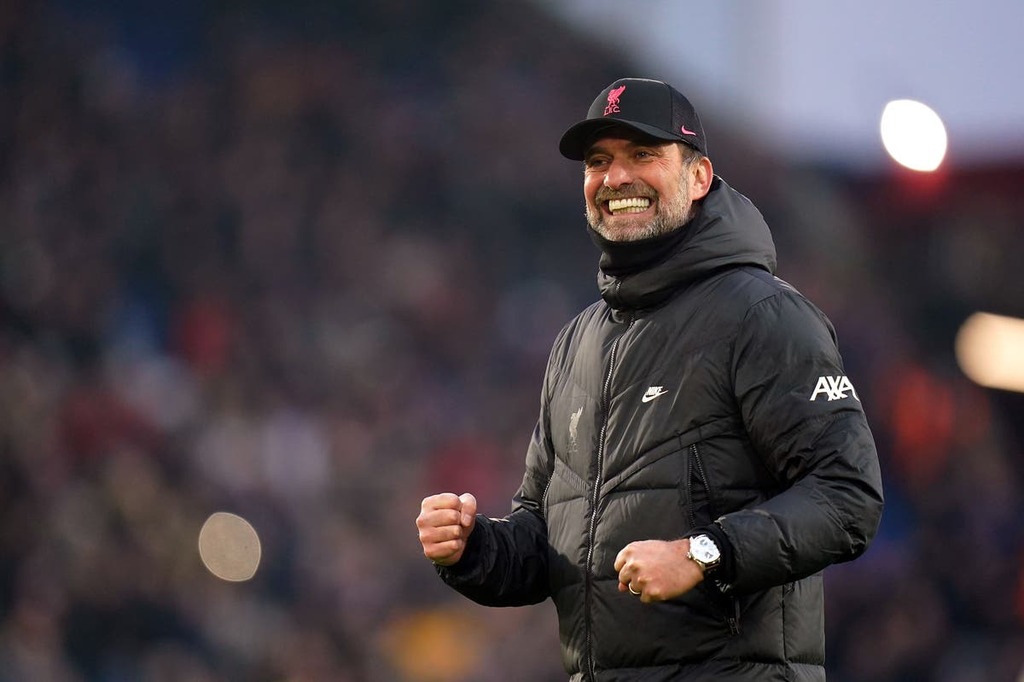 There have been plenty of ups and downs for Liverpool since they won the Champions League in 2005, but their…