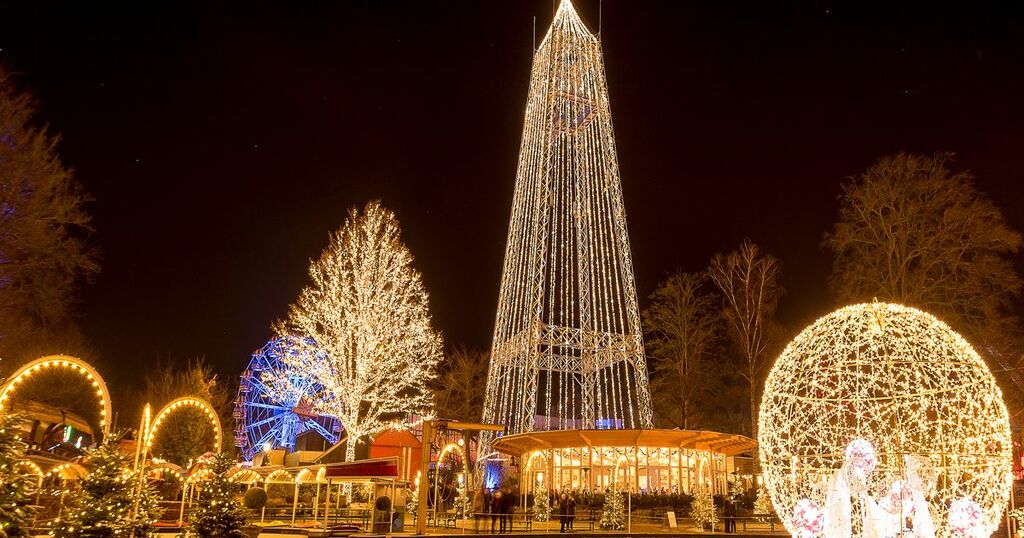 Channel 4 has commissioned a brand new seasonal show which celebrates the most extravagant and over-the-top Christmas decorations that the UK has to offer.

'Deck the Halls: The Luxury Christmas Decorators', which will be aired on the run up to Christmas, will follow some of Britain’s busiest and best tree trimmers and wreath hangers as they work to transform some of the UK's most well-recognised landmarks into one-of-a-kind winter wonderlands.

And starring in the sparkliest series of the year, is Liverpool-based embellishment business, The Christmas Decorators!

Company owners, Nick and Sarah Bolton run one of the world's leading decoration companies, specialising in installation, festive lighting and making your home or workspace a magically merry place.

The upcoming show will follow The Christmas Decorators as they embark to transform some of the country's most iconic locations, including the Natural History Museum, Blenheim Palace, Alder Hey Children’s Hospital and London’s exclusive The Lansdowne Club, into real-life Santa's grottoes.

With the festive season nearly upon us, the team must work to tight deadlines as they have more jobs to be done than in Father Christmas' workshop, whilst attempting to tip-toe across potential hiccups along the way.

All eyes will be fixated on the glorious light switch-ons where The Christmas Decorators staff can finally exhibit all their jolly efforts.

Deborah Dunnett, a spokesperson for Channel 4, has said: "I'm delighted to have commissioned Strident’s first production for Channel 4 and what a Christmas cracker of a show.

"From decadent decorations in glorious locations to the drama of potential Grinch-like disasters, not to mention a wonderfully jolly cast of characters, this festive special is one not to be missed."

This glowing Yuletide delight, produced by Belfast-based company Strident Media, will be coming to your television screen very soon.