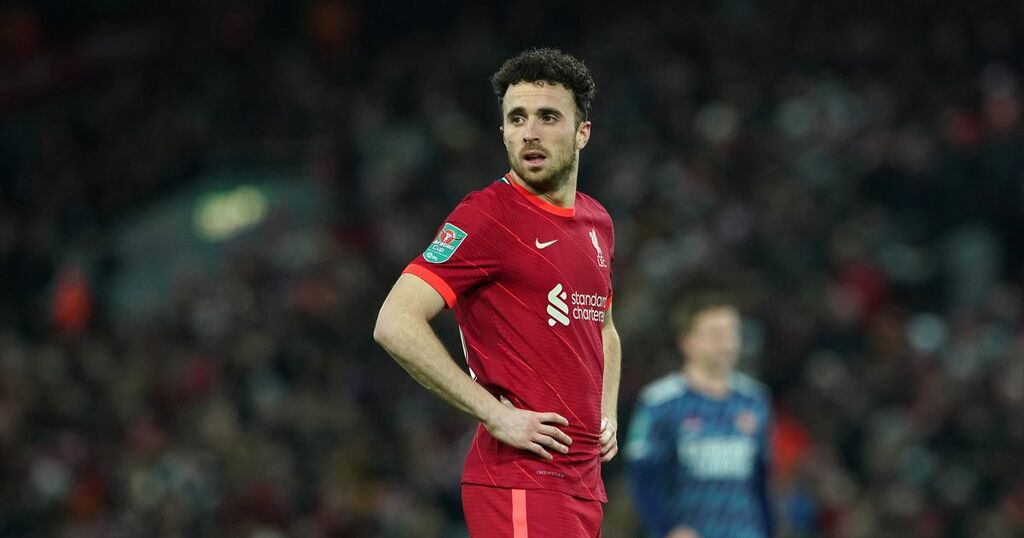 It will be winner takes all when Liverpool and Arsenal clash at the Emirates next week after a goalless draw in the first-leg of their Carabao Cup semi-final.

The Gunners will be by far the happier of the two after they lasted over an hour with 10 men.

Granit Xhaka was sent-off by Michael Oliver after bringing down Diogo Jota when he was the last man.

Liverpool enjoyed the lion-share of possession at Anfield but lacked a serious cutting edge with Mohamed Salah absent.

Jota, Roberto Firmino and co were unable to unlock the Arsenal defence, which switched to a back five when Xhaka was dismissed.

Bukayo Saka arguably had the best chance of the game as the Gunners enjoyed a rare venture into the opposition half.

Alisson though kept the Arsenal youngster at bay as Mikel Arteta's men battled to a well earned draw with Aaron Ramsdale rarely called into action.

Have Your Say! Who will win the second leg: Liverpool or Arsenal? Tell us your prediction here.

Most of those at Arsenal would accept, despite their rise this term, that they remain someway off the level of Liverpool.

The Reds have established themselves as a force in England, something the north Londoners are again trying to do.

That matters little on the pitch though and, as they showed against Manchester City, the Gunners can bridge the gap to the elite.

What they lack in quality they have to make up for in spirit and effort, which is exactly what they did at Anfield.

Also down a man, the Arsenal players ensured they will welcome Liverpool to the Emirates with everything to play for and they have a genuine shot at victory.

The Gunners have struggled against the Reds in recent years, but showed on Thursday night they can compete with 90 minutes separating them from a final and a chance of silverware.

2 Life without Mo and Sadio

It has often been a hypothetical question - how good would said team be without two of their most potent attacking weapons.

Well AFCON meant we could get something like an answer from Liverpool.

Klopp's side were as good as full strength at the back and in midfield with Jota also in attack, but Roberto Firmino and Takumi Minamino came in for Salah and Sadio Mane.

The Reds were certainly the better side, as you'd expect being at home and against ten men.

But any sense of potency was seriously lacking and may increase the need to sort out Salah's contract, which continues to wind down.

We've been here before and, much like his other red card this season, it came at the worst time for the Gunners.

The Swiss midfielder was given his marching orders after 35 minutes at Manchester City earlier in the campaign - Arsenal would go on to concede five.

On Thursday evening he lasted 11 minutes less leaving the north Londoners with over an hour to last.

Liverpool had dominated the first quarter when the visitors had 11 men, so their task was made even harder with their midfield options already depleted.

It forced Arteta into making changes he could've done without and left his team lacking much, if any, protection in midfield.

Opinion : 'Xhaka's amateurish red card proved he will continue to be a liability for Arsenal'

The striker already looks like he'll leave for free in the summer with Arteta ruling out a January departure.

If Nketiah is to have a change of heart then he will need proof that a future at Arsenal can be possible.

So being hauled off after 25 minutes will have been anything but welcome as he trudged off whilst Bukayo Saka, Gabriel Martinelli and Alexandre Lacazette all remained on the pitch.

Tactically the switch made sense as Arteta looked to find some quick solutions.

That will be of little solace to Nketiah though, who needs minutes if he is to begin realising his potential having been earmarked as a potential star for several seasons now.

Hard to believe given he's into his fourth season as Liverpool's No 1, but this was the Brazilian's Carabao Cup debut.

That perhaps says more about Klopp's attitude to the competition in the past than Alisson's standing.

The likes of Caoimhín Kelleher and Adrian has filled in when the usual first choice has been handed a rest.

However, with the Reds now into a semi-final, Klopp clearly felt it was the time to bring out the big guns.

The German named one of the strongest Carabao Cup teams of his reign, with Alisson a fixture in his strongest XI.