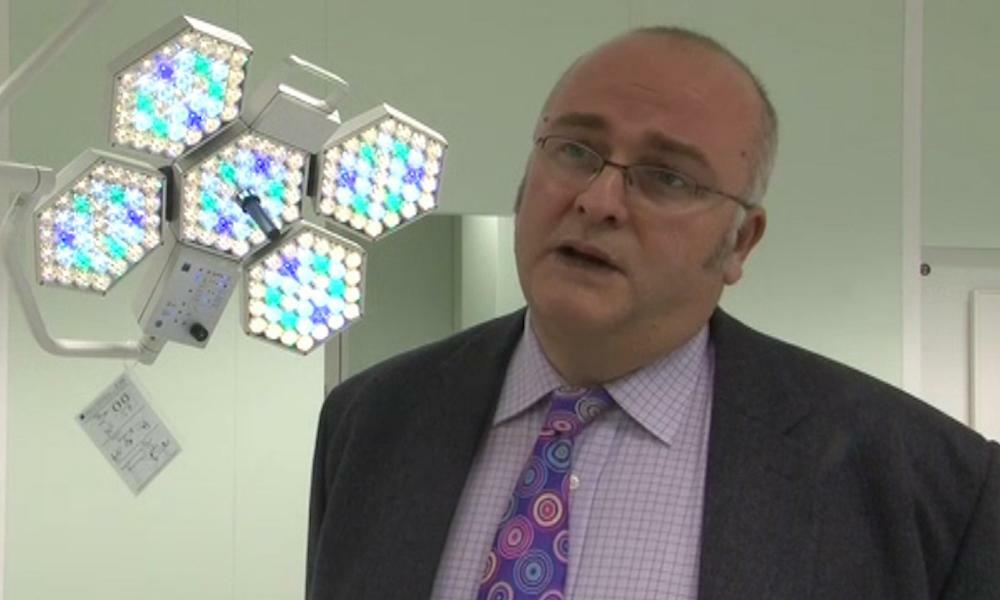 A surgeon who burned his initials on to the livers of two patients during transplant surgery has been struck off the medical register.

Simon Bramhall, 57, admitted using an argon beam – used to stop livers bleeding during operations and to highlight an area to be worked on – to sign “SB” into his patients’ organs in 2013 while working at Birmingham’s Queen Elizabeth hospital.

In 2018, the liver, spleen and pancreas surgeon was given a 12-month community order and fined £10,000 after admitting to two counts of assault by beating.

On Tuesday, a review by the Medical Practitioners Tribunal Service (MPTS) concluded Bramhall’s actions were “borne out of a degree of professional arrogance” and that they “undermined” public trust in the medical profession.

Bramhall, of Tarrington, Herefordshire, was first suspended from his post as a consultant surgeon in 2013 after another surgeon spotted the initials during follow-up surgery on one of his patients. A photograph of the 4cm-high branding was taken on a mobile phone.

During his sentencing hearing in 2018, Bramhall was told one of the victims suffered serious psychological harm as a result of the branding. The surgeon later told police he branded the organs to relieve operating theatre tensions following difficult and long transplant operations.

Bramhall tendered his resignation at the Birmingham hospital in 2014 amid an internal disciplinary investigation into his conduct.

In December 2020, Bramhall was suspended from the profession for at least five months. A report from the latest tribunal said a review hearing on 4 June found his fitness to practise was no longer impaired and the suspension order was revoked.

The report said the General Medical Council (GMC) also appealed against the suspension decision and a high court judge quashed the sanction, with the matter then resubmitted to MPTS for its consideration.

In its determination, the tribunal concluded a suspension order would be “insufficient to protect the wider public interest” and said erasure from the medical register would be an “appropriate and proportionate sanction”.

It said: “The physical assault of two vulnerable patients whilst unconscious in a clinical setting, one of whom experienced significant and enduring emotional harm, seriously undermines patients’ and the public’s trust and confidence in the medical profession and inevitably brings the profession as a whole into disrepute.”

The conclusion continued: “The tribunal rejected the submission made on behalf of Mr Bramhall, that it was to relieve tension. It was an act borne out of a degree of professional arrogance.”