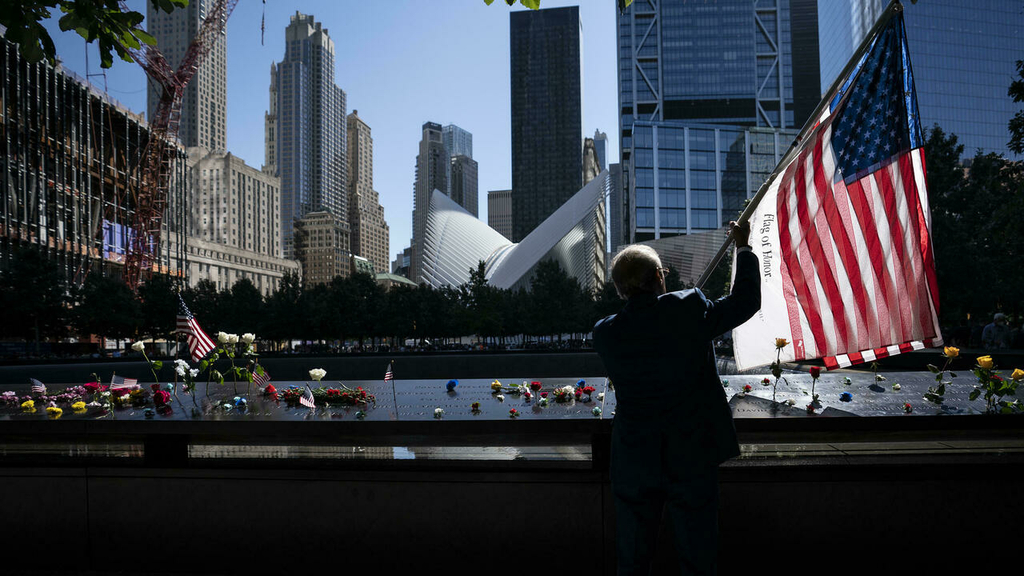 Saturday marked the 20th anniversary of the 9/11 terror attacks that shaped recent history, killing nearly 3,000 people. With moments of silence, family members reading the names of their lost loved ones and time to reflect, ceremonies attended by President Joe Biden were held at all three sites of the tragedies. Relive the commemorations that took place on our liveblog below.

The US marked the 20th anniversary of 9/11 Saturday with pleas for unity at solemn ceremonies given added resonance by the messy withdrawal of US troops from Afghanistan and return to power of the Taliban.

Here are the key moments:

• US President Joe Biden commemorated the 20th anniversary of the September 11 attacks on Saturday with visits to each of the sites where hijacked planes crashed in 2001, honouring the victims of the devastating assault.

He delivered an address to the nation on the afternoon of the anniversary, in which he said: “Unity is what makes us who we are, and we can’t forget that.”

• Six moments of silence were observed, acknowledging when each of the World Trade Center towers were struck and fell, as well as the times corresponding to the attack on the Pentagon and crash of United Airlines Flight 93.

• Family members of those lost in the 9/11 attacks gathered on the Memorial plaza near Ground Zero to read aloud the names of victims, accompanied by artists like Bruce Springsteen and Chris Jackson who gave mournful musical performances.

• Former president George W. Bush, who was leading the country at the time of the attacks, delivered a speech at the Pennsylvania site where Flight 93 crashed.

He said: “I come without explanations or solutions. I can only tell you what I’ve seen. On America’s day of trial and grief, I saw millions of people instinctively grab for a neighbour’s hand and rally to the cause of one another. That is the America I know.”

• Vice President Kamala Harris applauded the bravery of passengers on Flight 93, all of whom lost their lives when the hijacked plane crashed near Shanksville.

Addressing the crowds at the Pennsylvania ceremony, she said: “In a matter of minutes, in the most dire of circumstances, the 40 responded as one.”

Relive the events that unfolded on Saturday here: