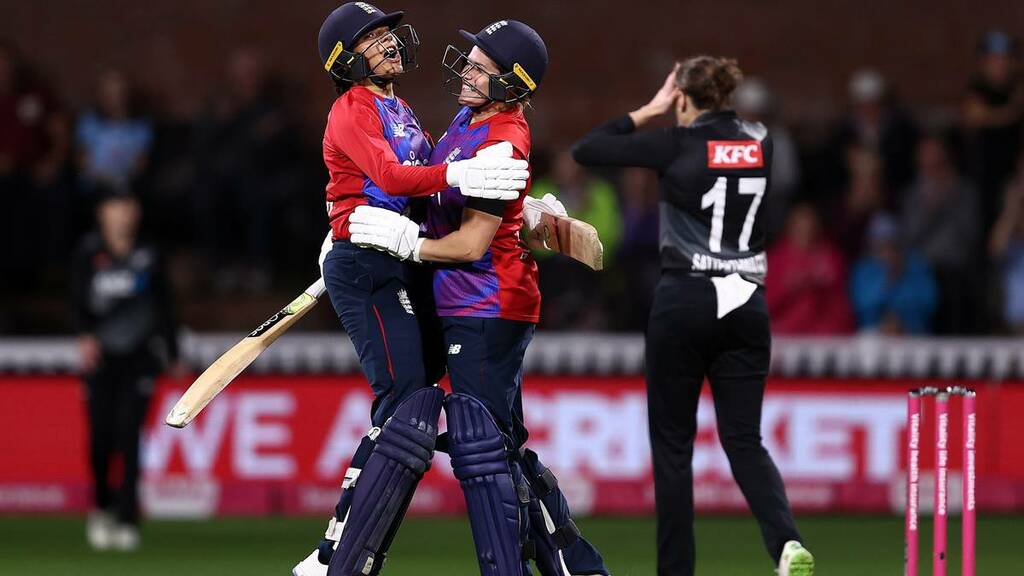 The White Ferns fell just short of an upset win over England in their T20 series decider, falling to a dramatic four-wicket defeat with one ball remaining.

With the hosts needing seven runs from the final over, England's Sophia Dunkley thrashed a full toss by Amy Satterthwaite to the mid-wicket boundary from the penultimate ball to secure a 2-1 series win in Taunton.

The White Ferns posted 144 for four with Suzie Bates contributing 34, Sophie Devine adding 35 and Brooke Halliday 25 not out.

But England ultimately had too much for a spirited New Zealand side, with home skipper Heather Knight leading the way with 42 off 36 balls before falling in the penultimate over.

Devine, who was named the player of the series, said the loss was disappointing but she was happy with the progress made by the side.

"I thought it was a great game of cricket," she said. "Credit to England, they held their nerve there I thought. Everyone was in with a shout in that last over, which is what you want in a T20 cricket match. Disappointing not to win but we're certainly going to take a lot of learnings from tonight.

"To my girls, extremely proud of them. I think this is starting to show the work that we've put in over the last couple of months and it's starting to come to fruition."