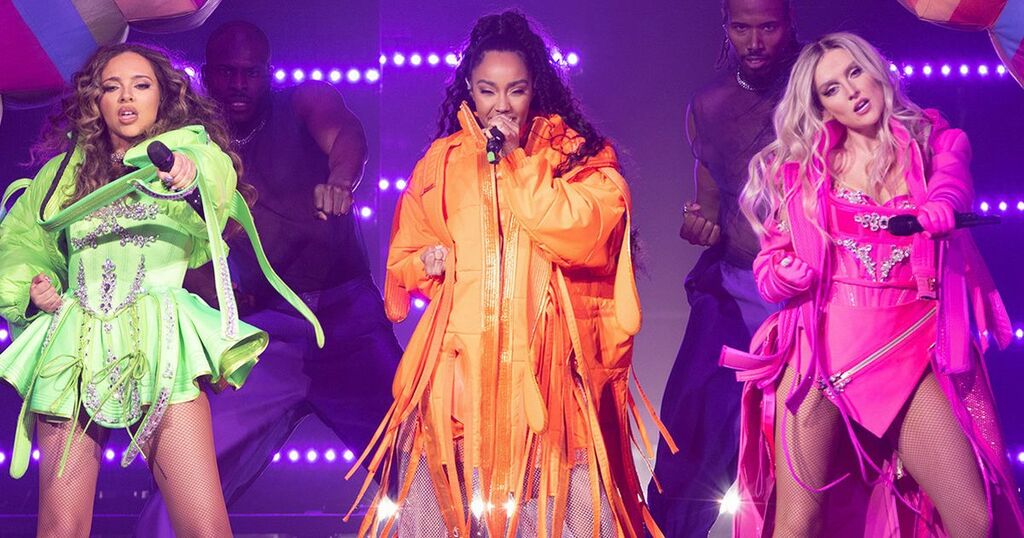 Little Mix's Perrie Edwards in tears as she's told not to perform at band's last gig
Little Mix singer Perrie Edwards got swept up in the emotions of the night, after suffering from an illness that…

Doctors told Perrie not to perform as the band prepare for their hiatus.

The girl band are taking a break after 11 years together

Arts and culture have been all but overlooked this election – but the Greens have a big-picture plan
The past term of government has been tough for arts and culture in Australia. Culture was among the worst affected…

The Conversation
Read news from The Economist, FT, Bloomberg and more, with one subscription
Learn More
From tacos to sopes, a border food tour

Input
VIDEO: Bite Of Lunch: Sneaky Shark Tries To Steal Divers Fish
This remarkable underwater footage shows the moment when a shark hurtles towards a diver and starts munching away at his…

Zenger
The Future Is Hear: Piece Of Paper And Metal Foil Is All You Need To Eavesdrop 6G Transmissions
The new high-tech 6G wireless technology could be hacked in five minutes using a piece of office paper, an inkjet…

Zenger
From analysis to good news, read the world’s best news in one place
Beyoncé and Ivy Park's Super Sleek sneaker is back and bigger than ever

The perfect platform for your summer sneaker rotation.

Perrie Edwards broke down on stage in front of thousands of Little Mix fans, as she announced to fans that she'd been warned by doctors not to perform at the group's highly anticipated final gigs this week.

At the end of last year the former X Factor champions and 2021 Brit Award winners broke some sad news to their loyal followers when they announced they'd be taking a break, after a decade together. Taking to the Little Mix account on Twitter, Perrie and bandmates Jade Thirlwall and Leigh-Anne Pinnock vowed to fans that it 'wasn't the end,' and they were very much looking to their Confetti tour, which has been pushed back a year due to the coronavirus pandemic.

The tour has been delighting audiences in the likes of Newcastle, Manchester and Liverpool, since kicking off in Belfast last month but on Saturday night, the now trio will take to the stage at London's O2 Arena, knowing it will be their last show together in a while. Little Mix kicked their run of gigs in the iconic venue on Thursday night and it was at the O2 that Perrie revealed she'd been advised not to perform.

READ MORE: Sam Ryder 'wins' Eurovision for UK before final has even started

The 28-year-old South Shields singer told the packed audience: "I have a bit of a throat infection, and my doctor was like, 'You shouldn't be singing, you shouldn't perform." She added: ""I said: 'Tough!' I said there is no way I am missing out on London's O2. Can you imagine? I said, ‘Don’t worry, doc. Our crowds will sing every single line."

Perrie's announcement comes as she was left in tears on stage as Little Mix delighted their Newcastle fans in April. After spitting some of her family in the crowd at the Utlita Arena, she said: "Jade, we came here a lot of times. To see our favourite bands, all our favourite artists. And I used to go to a college literally just around the corner. And back then, I was just a college girl with a big dream."

Starting to tear up, Perrie added: “Why am I getting dead emotional?” as she reached over to Jade. Managing to keep composure, Perrie then commented: “We made it! And we just feel so grateful to be on this stage performing for you guys. And if anyone in the audience tonight has a dream, you can achieve it if you work hard.”

*Eurovision results as Sweden through but Ireland crash out

Little Mix's Perrie Edwards in tears as she's told not to perform at band's last gig
Little Mix singer Perrie Edwards got swept up in the emotions of the night, after suffering from an illness that…

Doctors told Perrie not to perform as the band prepare for their hiatus.

The girl band are taking a break after 11 years together