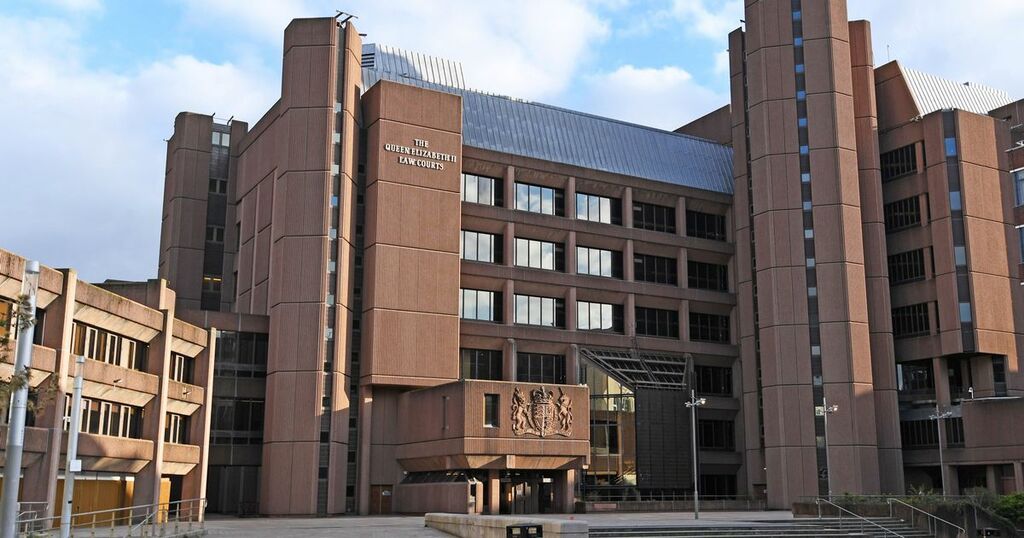 A man who groped a little girl playing in the street has been released from jail immediately after being sentenced.

Steven Davies approached the child when she was standing alone, grabbed hold of her and groped her bottom.

The six-year-old called him a "weirdo" and he ran away, but the girl is now "less joyful" and treats all men as strangers, a court was told.

We can't show you the paedophile's face because Cheshire Police told us they would not provide his photograph, despite the 44-year-old being jailed for seven months.

Davies was remanded into custody on December 10 last year and his period in custody counts towards the jail sentence.

As a result, after being sentenced on Friday, the pervert was immediately released from jail.

A Cheshire Police spokesperson told the ECHO: "Cheshire Constabulary is not releasing the custody photo as the man has already served his sentence and has been released from prison."

A 2005 protocol, created in consultation with the Crown Prosecution Service, Association of Chief Police Officers, the Attorney General's Office and the media, and a 2017 College of Policing policy, agree a guilty defendant's custody photo may be released - the latter stating "unless there is a court order or legitimate policing purpose preventing their identification".

There was no court order and Cheshire Police has not cited any policing purpose for its refusal.

Liverpool Crown Court heard the victim's grandfather called police and reported "a male had just touched his six-year-old granddaughter on the bottom" shortly before 5pm on November 5 last year.

The girl told police she was playing near her friend's grandparents' home when a "man approached her and touched her bottom".

Jamie Baxter, prosecuting, said she "appeared to be extremely nervous" and she couldn't remember what the attacker looked like.

However, the court heard a woman witnessed the incident from her window, and described a white male between 45 and 50 with greying hair and a waterproof jacket.

Mr Baxter said: "She saw him approach the victim and talk to her, bend down placing both of his hands on her bottom, pulling her close towards him."

The woman said she was about to shout out of the window, but the defendant ran away.

Mr Baxter said the woman went to look for the child to make sure she was safe and take her home.

CCTV of the incident from a neighbouring property was played in court, and showed Davies, wearing a blue jacket, bend down and grope the little girl, before she picked up her coat and ran away.

Davies was arrested at his home and taken into custody, where a mental health nurse deemed him unfit for interview.

He was interviewed on a later date, when he told officers he was on his way to the shops and had been drinking.

Davies claimed he "saw the little girl who looked sad" and "asked if she was okay and put his hands on her hips".

She then shouted at him and "called him a weirdo" and he denied the action gave him sexual gratification.

In a victim personal statement, the girl's mum said the child's behaviour with men has changed since the incident and she "sometimes won't speak to men" and "thinks of them as strangers".

She said her daughter "often isn't as joyful around the house" and is "very self-conscious at times" as well as "much more conscious when playing in the street".

The mum said when her daughter was playing tag recently, a little boy accidentally tagged her on her bottom and she "began shouting at this little boy" which was "totally out of character".

She said she has also begun having nightmares.

Ember-Jade Wong, defending, said Davies' mental health at the time was "of significance".

She said when the matter was committed to the crown court it "became apparent to me he was unwell".

Ms Wong said Davies suffered from "treatment resistant schizophrenia" and said there had since been a "marked improvement".

The court heard at the time of the offence he had stopped taking medication and had begun drinking alcohol as a result of his partner being diagnosed with cancer.

Ms Wong said at the time Davies had also suffered hallucinations and delusions.

She said it took around four or five months to reinstate his medication because of his physical health.

Ms Wong said: "He is a man of good character and finds himself before the court for the first time at the age of 44."

Davies, of Vulcan Close, Warrington, admitted sexually assaulting a girl under the age of 13.

The judge, Recorder Matthew Corbett-Jones, said: "She's very young, she was alone in a public place, effectively, and therefore extremely vulnerable in that early evening time."

The judge said it is "very likely you were ill at the time of this offence" but added "you stopped taking medication prior to this event in order to drink".

The judge said: "You received very upsetting news about your partner having developed cancer."

The court heard an initial report suggested Davies would benefit from a hospital order, however while awaiting a second report, Davies was discharged from the care of the hospital.

He was handed a sentence of 10 months, reduced to seven months to reflect his lack of previous convictions.

The judge said it is "likely you will be released immediately" but Davies will be subject to licence and supervision requirements.

He was ordered to sign the Sex Offenders Register and adhere to a Sexual Harm Prevention Order for 10 years.