Little girl, 5, bitten and choked after being left alone with 'unstable' man

A five-year-old was choked, bitten and assaulted after being left alone in a house with an alcoholic mum and an unstable and violent man.

The child, referred to as 'Melody' in a review of the case, attended Warrington Hospital in January last year with multiple bruises to her face, right ear and neck as well as bite marks to her right arm. As reported by the ECHO, Melody had been left with her mum's partner despite his clear and severe mental illness.

Now, a Child Safeguarding Practice Review involving multiple agencies has taken place, which has identified shocking failures in the run up to the violence suffered by Melody - including failures to heed warnings that the partner, referred to as 'Adam' was a danger to Melody the day before the assault.

The review also noted her mum, referred to as 'Angela', was an alcoholic who admitted to her GP that she usually drank two to three bottles of wine a day.

Paul Duffy, safeguarding partnerships manager and one of the officials involved in the review, wrote: "In summary, the basic expectation of safety that Melody has a right to was not met at several points in this deeply distressing case. At the time Melody was assaulted, some agencies knew of the danger she was likely to be in, but a failure to work together along with individual lapses in judgement in critical moments meant that Melody was not safeguarded."

Melody was not interviewed for the review to spare her further distress, but the panel heard that she had told her social worker: "Please let them know what he did to me."

Melody's injuries were discovered at around 3pm on January 20 last year, but the review found that Cheshire Police officers had visited the home where Melody lived with her mum Angela on two occasions in the hours before she was admitted to hospital. Angela, who suffered from mental health problems, was in a new relationship with a man referred to as 'Adam'.

The police and mental health teams at Mersey Care NHS Foundation Trust also had extensive dealings with Adam the day before, on January 19. The review noted that police were called after he was described as acting aggressively and "having a mental health episode" inside a Tesco store. He was described as mumbling about being a "ninja", but was allowed to leave voluntarily.

During the course of that day, Adam called 999 and reported his father had been sexually abusing him, had been killing people and had been "hiding evidence in his loft". Adam's daughter also called Cheshire Police with concerns about him staying at his girlfriend's house with her five-year-old daughter.

His daughter also called the mental health Recovery Team and told them that her father had been behaving bizarrely, had not been taking his medication and had "punched walls and set his hand on fire". The woman reported that Angela and Melody were scared of Adam.

Another man, a friend of Adam, made a further call to police that day stating that Adam's mental health was deteriorating and he was a "danger to himself and others". However, the review states, "police took no action".

A mental health nurse did visit Adam at 3.48pm that day, but left after he "immediately became angry". She requested a follow up Mental Health Assessment be conducted, which was allocating to an on-call mental health practitioner.

That practitioner called Angela around 6pm, who revealed she had left Melody alone in Adam's care while she went to his flat to get him some belongings. However Angela said he was "calm" and "not a risk", so the practitioner decided to leave the assessment until the morning.

Adam's mental health did not improve and he continued to behave erratically into the early hours of January 20.

According to the review, Adam called 999 again at around 1.30am, and when officers attended Angela's home they found him outside the property ranting about the little girl "hitting him over the head with a baseball bat".

Angela told the officers that Melody was safe in bed, but they did not check on her themselves and escorted Adam back into the house after Angela assured them she could care for him. Later that morning, around 4am, Adam called 999 again telling the operator he could hear a "child crying".

He stated he was no longer at the property and was at his own address, where officers found him "naked on the porch". The officers were told by their superiors to go to Angela's home and check on Melody, but again only spoke to Angela who said Melody was asleep, and again left without laying eyes on the little girl.

Things escalated at 12pm that day, when a family member called the police to report that Melody had suffered facial injuries after being left with Adam the previous evening. The review states: "Police speak to Angela but do not visit".

The reviewers also suggested there may not have been enough consideration as to whether Melody had been sexually assaulted. They noted that Angela described biting and strangulation as features of her sex life with Adam, which raised suspicions as Melody had also been bitten and choked.

The reviewers also referenced Melody having an unusually high number of baths after the incident.

When the police response was examined, the reviewers found a Vulnerable Person Assessment (VPA) had been completed for Adam at around 2.20am on the 20th, which the reviewers said showed a failure to understand the potential risk to a five-year-old girl. The officer was even found to have noted: "No further investigation is required, [Melody] is under the age of criminal responsibility" in relation to the suggestion she had hit Adam with a bat.

A statement on behalf of all the agencies involved in the review, issued by a Warrington Council spokeswoman, said: "Following this case being referred to Warrington Safeguarding Partnership in February, a rapid review was undertaken and a child safeguarding practice review was commissioned. 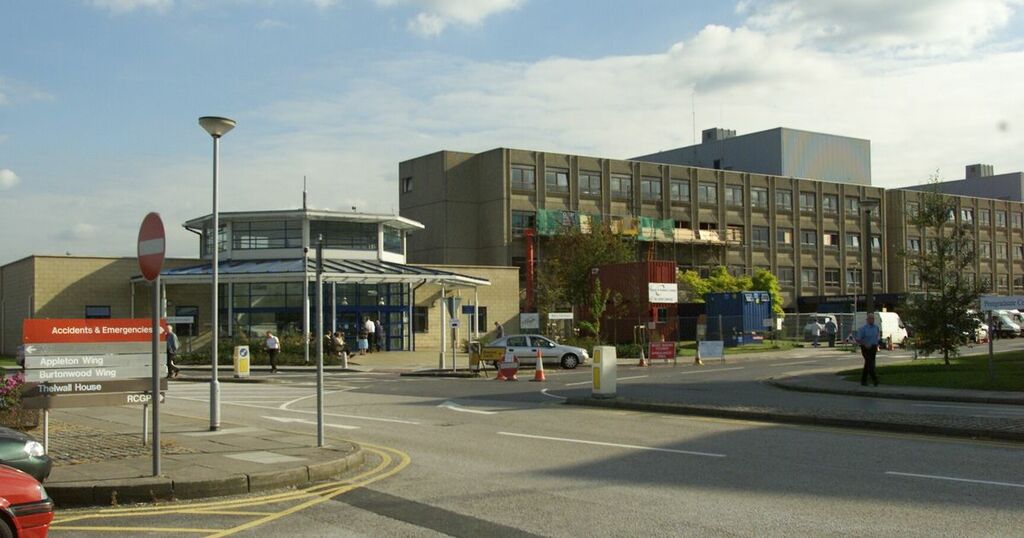