The Guardian - US
Entertainment

As podcast listenership rose over the pandemic, reports emerged of people developing a kind of parasocial intimacy with podcast hosts – feeling, in some cases, like they were friends. Now, new research has revealed that how we chose to listen to podcasts could actually be enhancing our perceived intimacy with their hosts.

Researchers from UC San Diego’s Rady School, UCLA, and UC Berkeley have found that when people listen to auditory messages – like podcasts, audiobooks, and radio news – via headphones, they feel more empathic and persuadable than when listening to those same messages through speakers.

In one experiment, participants listened to a speech clip from a CEO whose company provides visual information for the blind. After listening to the speech, participants were asked whether they would write a letter in support of the CEO winning an award for her work. People who listened to the podcast via headphones were twice as likely to agree to write a nomination (30%) as those who listened via speakers (14%).

Researchers found headphones are a superconductor for emotional connection due to the phenomenon of “in-head localization”. Because headphones make it sound as though the voices are coming from inside your head, they “trigger a feeling of greater closeness to the person speaking to you”, explains On Amir, co-author of the study, which is forthcoming in the journal Organizational Behavior and Human Decision Processes.

The idea for the study was sparked one day when UCLA Anderson School of Management assistant professor Alicea Lieberman turned on the podcast This American Life in her car.

As a longtime listener, Lieberman felt she had developed a kind of relationship with its host, Ira Glass. However, that day she noticed something strange about Glass’ distinctive intonations coming through the speakers in her car. “I remember being like, ‘Oh, I don’t feel the connection with him that I normally feel when I listen through my headphones,” she says.

That was a “click moment” for Lieberman. “I was like, ‘Wait a minute, why is that happening? And what does that mean for how I actually perceive these stories?”

To test the hypothesis that headphones facilitate deeper emotional connections to storytellers and their narratives, Lieberman and fellow researchers conducted five separate studies involving a total of more than 4,000 participants.

In one experiment, subjects used either headphones or speakers to listen to a PSA about the dangers of distracted driving, narrated by a person whose parents had died in a car accident. Headphone listeners later reported being more concerned about the threat posed by distracted driving than participants who heard the message via speakers.

Some may wonder whether headphone use could have contributed to the vast influence of certain podcast phenoms, such as Alex Cooper (who averages 3 million listeners an episode for her Call Me Daddy podcast), Ben Shapiro (2.6 million tune in to his rightwing views) and Joe Rogan – whom Vox Media has described as “one of the most formidable single voices in media to exist – maybe ever” and averages about 11 million an episode.

And there may be implications beyond podcasting too. Remote workers could feel more connected to their colleagues by using headphones during Zoom calls, for example. Marketers may be keen to learn more about headphone habits to appeal to shoppers at their most suggestible, and politicians could proselytize to their constituencies during rallies that look like silent discos.

What could happen if they tested other types of content is still an unanswered question; Lieberman, however, has a few hunches. “You could imagine if somebody really disliked Joe Rogan – hand raised – and I was more likely to feel reactive to him, then I might have a stronger negative reaction and be like, ‘Oh my gosh, don’t put him in my head, I want to get away from this person.’” 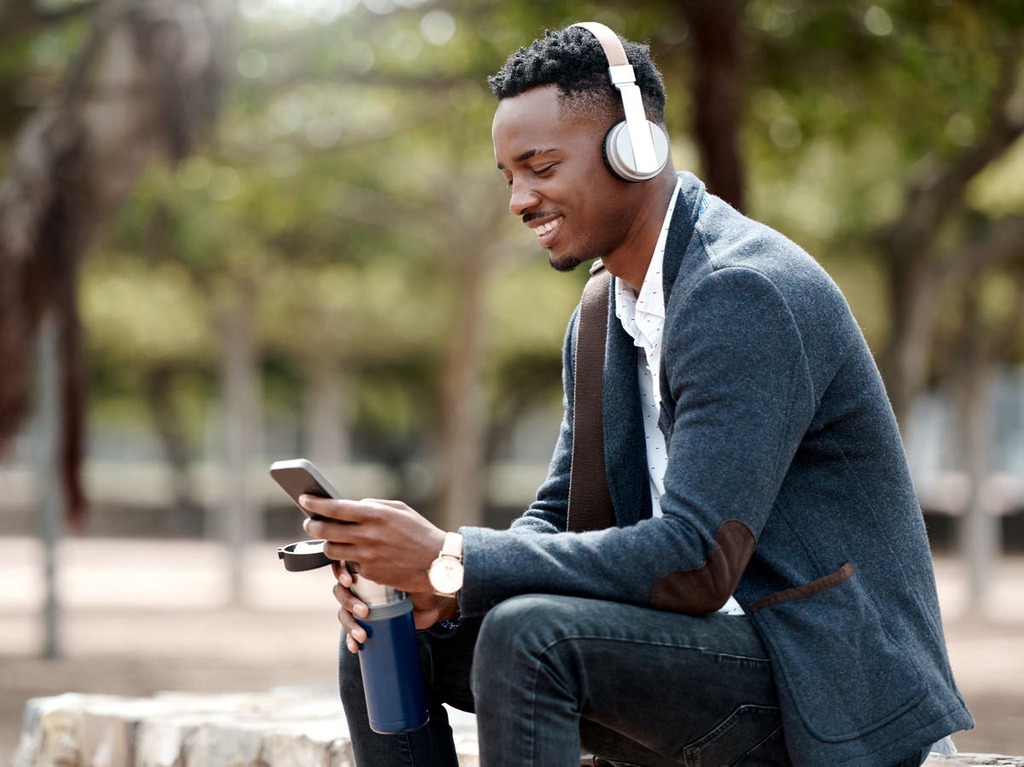 We are more influenced by media consumed through headphones than speakers, study finds
The way people listen can affect their emotions and behaviours, researchers say

The Independent UK
One subscription that gives you access to news from hundreds of sites
Joe Rogan is at it again: Cancel culture can be harsh, but it can also help reduce harm

The new SPACE by beyerdynamic is an advanced portable speakerphone that doubles as a capable music speaker. SPACE is ideal…