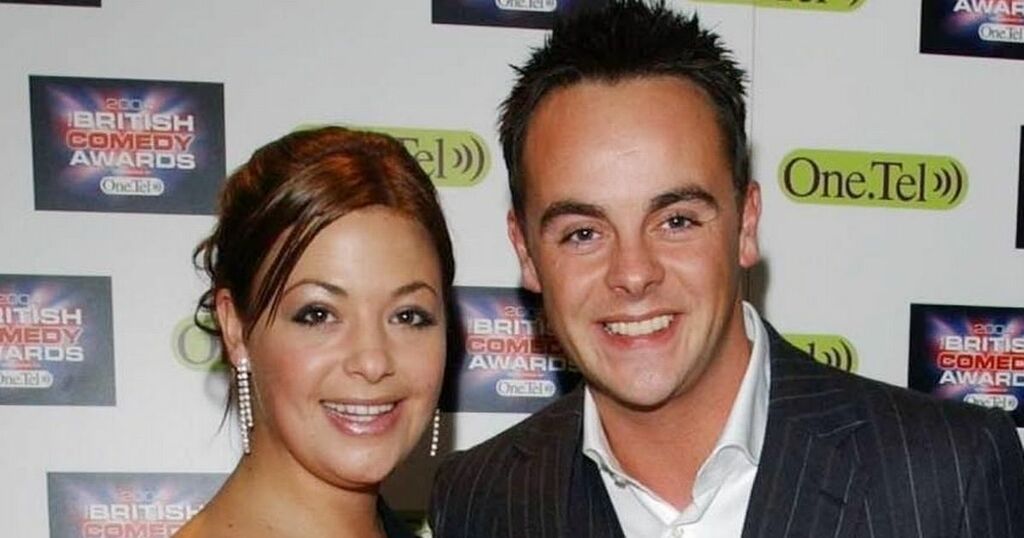 Lisa Armstrong suffered dark days of heartbreak following the end of her marriage to Ant McPartlin.

The Strictly Come Dancing make-up artist has completely rebuilt her life and got a new job, new man and new house.

But it hasn't stopped her from reflecting on her past agony, with Lisa taking a savage swipe at her ex-husband this week by claiming he 'doesn't care who he screws over'.

Lisa made the remark in a response to an Instagram post from PR guru Simon Jones, who paid tribute to Ant and best friend Dec Donnelly after their National Television Award win for Best Presenter.

In reply to the gushing post about the Geordie duo's success, Lisa penned: "And you don’t care who you screw over in the process. Well done."

Claiming she was making "false allegations", Simon told Ant's ex it was time to 'move on' with her life and called on her to stop 'blaming other people' for her mistakes.

However, it does seem that Lisa has made drastic changes to her life over the past three-and-a-half years following her split from Ant.

Having married in July 2006, Lisa stood by Ant during some very testing times including his battle with addiction and treatment in rehab.

They were together for a total of 23 years before Ant announced the end of their relationship in a solo statement that was said to have left her devastated.

Her hurt was only further compounded six months later when Ant stepped out with their former PA, Anne-Marie Corbett, who he married earlier this year.

Lisa has mostly kept quiet on their split, aside from the odd remark and liking a few barbed tweets from supporters hitting out at her ex-husband.

She endured a turbulent 24 months after splitting with Ant, losing her job on Britain's Got Talent and the death of her beloved dad Derek to cancer.

But now things are certainly on the up and Lisa clearly has a new lease of life after bagging herself a handsome new boyfriend - James Green.

Their loved blossomed during lockdown last year and it seems he gets on with the other male in Lisa's life - her beloved pet dog Hurley.

To mark Valentine's Day, the former Deuce star finally confirmed her relationship with the electrician, sharing two loved-up pictures on Instagram with the caption: "HVD."

She also shared a screenshot of a message from a delighted fan who said they were thrilled so see the star finally enjoying her own dose of happiness.

"This post makes my heart!" the follower wrote. "I think I have been in pain with Lisa for Lisa and how I would feel - she deserves the best of the best and no less."

Lisa and Ant signed off on their divorce last year amid reports that TV sensation Ant had given her £31million of his estimated £62million fortune.

Determined to start a new chapter, Lisa packed up her belongings and moved out of the £5million home they had once shared in the posh suburb of Chiswick, west London.

After Ant reportedly sorted through his stuff, Lisa dumped the rest of it by the side of the street with a sign saying: "Help yourself".

And when a fan tweeted: "Lisa has done an amazing thing and helping locals with some great free gifts that she no longer needs!" she quickly replied: "Exactly."

At the time, a source told The Sun: "Ant had already sifted through what he wanted to keep and had gophers collect them in recent weeks.

"What was left is being offered for free. His bathrobe has been taken. Footie memorabilia has also been given away. But it was the end for his Newcastle shirts."

After moving out, Lisa snapped up a £4million riverside property boasting five bedrooms, four bathrooms and incredible views across the River Thames.

The perfect pad for entertaining, it also features a 226ft terraced garden along with a chef's kitchen.

Eager to put her stamp on it, last October Lisa revealed she was 'living the dream' after moving into a hotel to escape the extensive renovations taking place at the property.

Her career is also going from strength to strength - landing a spot on Tv series Glow.

She launched her own popular Avon make-up collection and offers regular tutorials to her 94,000 Instagram followers.

Lisa revealed she has named the lipstick and lipliners in her collection after her closet friends who got her through the tough times.

When Ant and Anne-Marie announced their Christmas Eve engagement, Lisa hit back at claims she was heartbroken by branding the reports a "load of old c**p".

And according to one source, a loved-up Lisa was completely unfazed by the news.

The insider told New : "She thought it would be the next step and she was actually surprised they hadn’t got engaged before now.

"She thinks Ant is a different person. He's not the same Ant that she knew and was in love with, it's someone very different."

Reflecting on Lisa's journey, psychotherapist Noel McDermott has said that Lisa's successes have been a perfect example of how to use heartbreak to come out stronger.

"She's acted maturely and seems intent on embracing the here and now. Her success is really empowering and uplifting," Noel explained to Closer magazine in December last year.

"When you've been through a difficult situation like Lisa has, you have two choices - go under or embrace it. If you can see past your suffering and look at the bigger picture, the you are more likely to grow from your experience rather than be depleted by it.

"It's very clear that secretly, despite everything she went through with Ant, it has actually helped her rebuild her life."