Lionel Messi: why his arrival in Paris is a key part of Qatar's game plan

Lionel Messi’s emotional though lucrative move to Paris Saint-Germain is now complete. After scoring 672 goals for Barcelona, the football world eagerly awaits what he can bring to the French league.

His new club’s owners, meanwhile, will be looking slightly further ahead, with a focus on 2022. Since Qatar Sports Investments (QSI) first bought a majority stake in Paris Saint-Germain (PSG) in 2011, they have spent large amounts of money seeking domestic dominance and European success.

The former has since become routine — save for an upset last season, when they were runners up to Lille. But the Uefa Champions League trophy has so far proved elusive.

Messi’s arrival brings a sense that the coming season is crunch time. Having already signed the likes of Italian goalkeeper (and Euro 2020 winner) Gianluigi Donnarumma from AC Milan, and former Real Madrid defender Sergio Ramos, anything short of lifting the Champions League trophy next May will widely be considered a failure.

If they do manage to win it, the symbolism of such a victory will be striking, as just five months later the small Gulf state will play host to the 2022 Fifa World Cup. It would be quite a year for Qatar and its investments in football, which will be seen as a big win off the pitch as well as on it.

For ever since 1971, when Qatar ceased to be a British protectorate, the country’s ruling family has been working out how best to use its wealth of natural resources. Faced with the need to diversify its economy away from a dependence on gas and oil, in 2008 the country launched its 2030 national vision.

The aim was to “transform Qatar into an advanced society capable of achieving sustainable development”. This gave rise to a development strategy of which sport and football are important elements.

Staging the World Cup is as much about promoting infrastructural development and long-term tourism as it is a four-week tournament. Acquiring PSG also became part of the plan – it makes money and extends Qatari influence across the world.

Read more: The World Cup in Qatar, in winter – it might not be all bad

This means that, rather than being the main event, Lionel Messi is essentially incidental to the broader ambitions of Qatar. That said, the shirt sales, sponsorships and other commercial deals the Argentinian helps to secure will still count as important revenue streams.

Yet Qatar is not simply in the business of national strategic development, it also retains grand political ambitions. Indeed, its government is not afraid to use football as the means to achieving other political ends, of which PSG’s signing of Messi’s former Barcelona teammate Neymar is a prime example.

Qatar used that record breaking £198 million deal in 2017 to show the world (and its immediate neighbours, Saudi Arabia and the United Arab Emirates) its financial muscle and independence. It also symbolised how the government in Doha sees football as part of its soft power armoury, a way of engaging global audiences intrigued by the signing of football’s best talent.

Some will view Lionel Messi signing for PSG in the same way. His expected contribution to the club’s success will ensure that Qatar’s projection of soft power continues, while the status, image and reputation of “brand Qatar” are further burnished.

Even so, there is already debate about how PSG appear able to stay one step ahead of Uefa’s financial fair-play regulations. Yet here, too, the political and economic planning and power of Qatar is evident. QSI’s chairman and PSG’s president, Nasser Al-Khelaifi, is also chairman of the European Club’s Association, a position which gives him a place on Uefa’s Executive Council.

Al-Khelaifi is therefore someone who knows how to navigate a world of crunching tackles, most notably in ensuring that PSG remains onside with Uefa’s rules. He’s also a man who stood by Uefa during the Super League debacle, as he refused to ally PSG with its European rivals, another soft power win for Doha.

As we approach 2022, Al-Khelaifi will stand alongside Messi and the World Cup in Qatar’s starting line-up. But while Messi’s move to France has grabbed the spotlight, for once he is not the main event. The government in Doha wants 2022 to be all about Qatar, and the Argentinian has been enlisted to play his part in their highly tactical game plan.

Simon Chadwick does not work for, consult, own shares in or receive funding from any company or organisation that would benefit from this article, and has disclosed no relevant affiliations beyond their academic appointment. 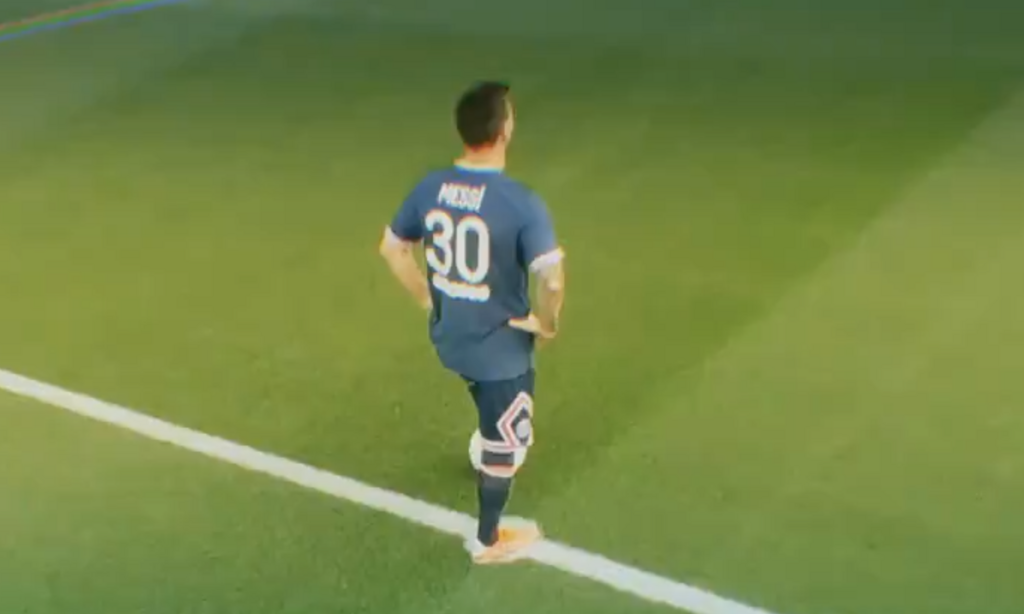 Why Lionel Messi is wearing No. 30 with Paris Saint-Germain instead of his old No. 10 jersey
Quite the change.

Lionel Messi has completed his move to Paris Saint-Germain and presented to the media on Wednesday alongside president Nasser Al-Khelaifi,…

Lionel Messi said on Wednesday he wanted to power Paris St Germain to their first Champions League trophy, putting the…