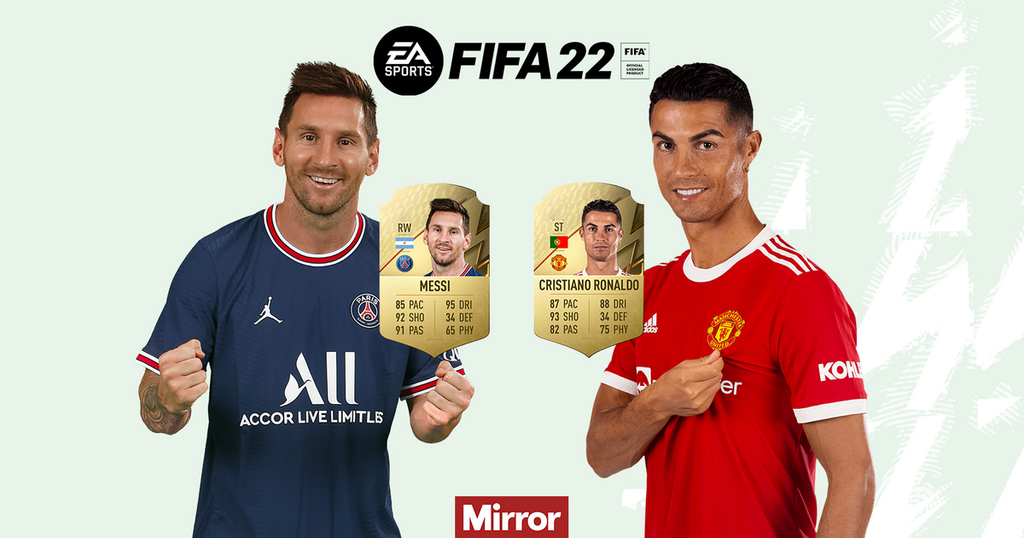 EA Sports has revealed that both Lionel Messi and Cristiano Ronaldo feature among the highest-rated players in FIFA 22, with FIFA fans still waiting for the official release to get hands-on with the game.

The release of the FIFA 22 player ratings has reignited the age-old debate surrounding two of the greatest footballers of all time, leading to fans on social media arguing over who is better out of Messi and Ronaldo.

After Messi moved from Barcelona to Paris Saint Germain, and Ronaldo returned to Manchester United after leaving Juventus, FIFA fans excitement levels have increased now they can use Messi alongside Kylian Mbappe and Neymar in their FIFA 22 Ultimate Team, or use Ronaldo alongside the likes of Mohamed Salah and Kevin De Bruyne in the Premier League.

Gary Neville and Jamie Carragher also entered the Messi vs Ronaldo debate on Monday Night Football, with Neville of the opinion that Ronaldo is the best, whilst Carragher thought it was Messi.

So the question is, which player is better according to FIFA 22?

Looking at their base player cards for FIFA 22, Ronaldo's pace (87), shooting (93) and physical (75) stats are better than Messi's, yet the Argentinian forward has a dribbling stat of 95 compared to Ronaldo's 88 and passing stat of 91 compared to the 36-year-old's 82, whilst Messi's shooting stat is only one less than Ronaldo's.

If we compare Messi's FIFA 21 base card to his FIFA 22 card, all of the 34-year-old's stats remain the same apart from his defending which has been downgraded from 38 to 34.

This is the fourth successive game in the FIFA game series that Messi has been a higher player rating than Ronaldo, with the last time that Ronaldo was a higher overall rating than Messi coming in FIFA 18 when the Portuguese striker was still at Real Madrid.

Ronaldo's downgrade means this is the first time since FIFA 11 that the five-time Ballon d'Or winner has been rated lower than a 92 overall rating.

The Argentinian winger has been higher rated than Ronaldo in nine of the last 12 FIFA games, only being lower-rated in FIFA 17 and FIFA 18 and both being 94 overall rated in FIFA 19.

What ratings would you give Messi and Ronaldo? And, does this make Messi the best footballer in the world? Let us know in the comments!

FIFA 22 will be released in the UK and worldwide on Friday, October 1, 2021 and it's available to pre-order now on all platforms.