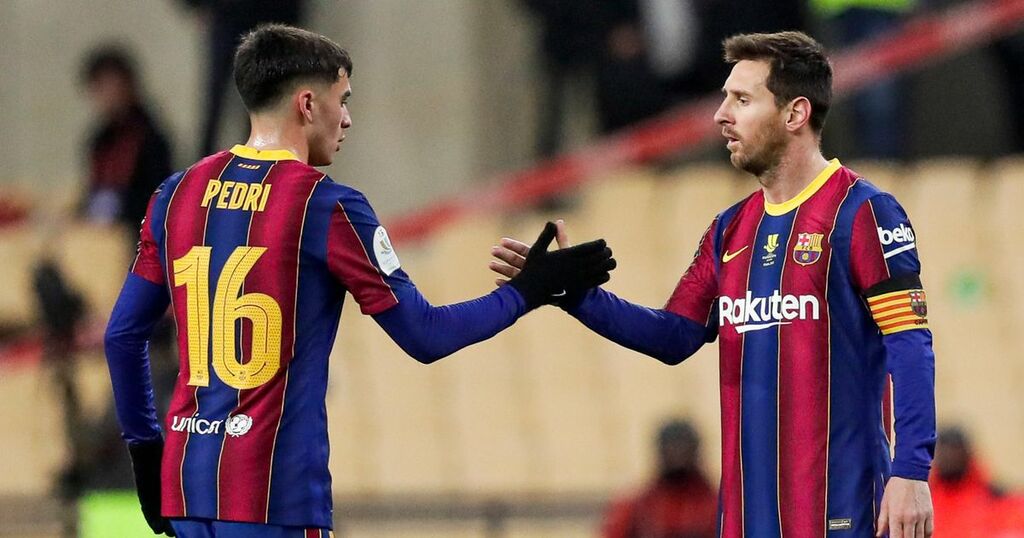 Lionel Messi’s exit from Barcelona was always going to be a traumatic moment for the club as their greatest ever player moved on to pastures new.

The 34-year-old was unable to extend his contract at the Camp Nou this summer and subsequently penned a two-year contract at Paris Saint-Germain.

Much has been made about how the Catalan giants would be able to cope with the transition period following the exit of the Argentine and which players may be able to step into the breach.

The exit of Messi was particularly painful as Barca received no financial compensation for the player, who left as a free agent following the expiration of his contract.

Due to his age, Messi’s transfer valuation has plummeted in recent years - peaking at a £155million valuation in 2018 and falling by over half that amount to £69million today.

The transfer valuations have been compiled by Transfermarkt and outlined by Diario Sport, with the fall in Messi’s valuation explained by his age and also his contractual situation - the Argentine has signed a two-year contract in Paris, but a lengthier contract would have increased his value.

His £69million valuation is equalled by that of Barca’s teenage central midfielder Pedri, whose valuation has increased by a remarkable 166.7 percent since 1 January this year.

The 18-year-old’s increase in value is more than any other player in world football in that time period - surpassing that of Jude Bellingham (103.7 percent), Mason Mount (66.7 percent), Marcos Llorente (77.8 percent) or even Erling Haaland (30 percent).

Pedri joined the club a year ago from Las Palmas in a deal reported to be worth an initial £5million - although the total value of the deal could be closer to the £20million mark after all add-ons are included.

Can Barcelona win La Liga or the Champions League without Lionel Messi? Comment below

The central midfielder - who starred for Spain at this summer’s Euros - is now the 16 th most valuable player in the world, and second at the Camp Nou.

His valuation is surpassed by that of his teammate and central midfield partner Frenkie de Jong, who is the world’s ninth most valuable player at £77million.

De Jong is the most valuable player currently in La Liga, with Pedri ranked at the same valuation of Atletico Madrid duo Joao Felix and Marcos Llorente.

Interestingly, no Real Madrid player features in the current top 30 - an indicator of their ageing first-team squad.